Here, at long last, is the article I promised you in The Forgotten Jews almost 3 months ago. The Ashkenazis, otherwise known as the Ashkenazim, make up the vast majority of world Jewry.  They come from Eastern Europe, particularly (but not exclusively) Germany.  The second-largest group is the Sephardim, who come from Spain, followed by … END_OF_DOCUMENT_TOKEN_TO_BE_REPLACED

As many of you know, I have commenced a translation of the Bible, called the Restored English Translation (RET).  Here is my translation of Beresheet (Genesis) chapter 7.  As usual, it contains the Hebrew names and the Aleph Tavs (although I now seriously doubt them).  A glossary is at the end for the Hebrew names.  CHAPTER 7 … END_OF_DOCUMENT_TOKEN_TO_BE_REPLACED

The canon of Scripture is a settled issue, isn’t it? You’ve got your 66 books total, 39 in the Old Testament (24 by the Jewish counting) and 27 in the New Testament. However, when you do the research, things are not so simple. There are many “other” books claiming to be Scripture, a number of … END_OF_DOCUMENT_TOKEN_TO_BE_REPLACED 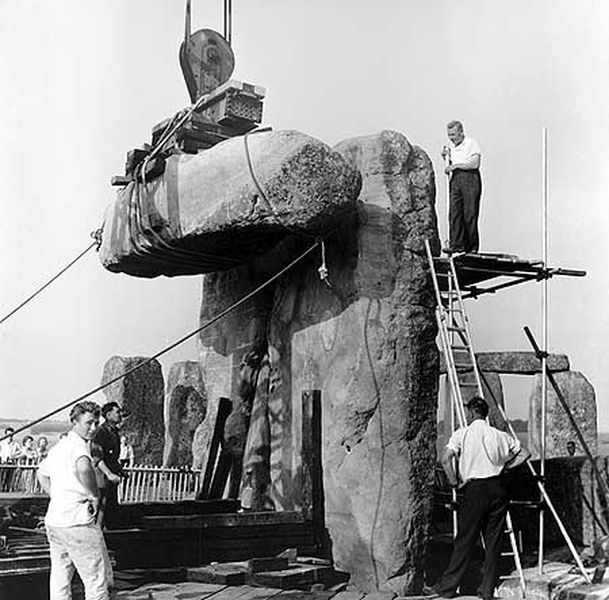 NEVER, EVER heard of anything like this before! Also check out https://www.newscientist.com/article/dn310-concrete-evidence/ and https://www.indymedia.org.uk/en/2005/12/330623.html?c=on Stonehenge. Filming 1954-1958 yy At all times, all governments (and especially outside – and nadpravitelstvennye circles) engaged in forgery. Pictures of 1954 and 1958.

This is one of the dark secrets of history and archaeologists don’t talk about it.
What we see is not the creation of prehistoric people but it has been created by the heritage industry.

For decades the official Stonehenge guidebooks have been full of fascinating facts and figures and theories surrounding the world’s greatest prehistoric monument. What the brochures do not mention, however, is the systematic rebuilding of the 4,000 year old stone circle throughout the 20th Century. The information is markedly absent from the guidebooks and info-phones used by tourists at the site.

Now, a Russian website shows stunning photos of what appears to be Stonehenge rebuilt in the…

The next installment in my Restored English Translation (RET) of the Bible: Beresheet (Genesis) chapter 6.  As usual, it contains the Hebrew names and the Aleph Tavs, even though I'm no longer certain about them.  A glossary is provided at the end for the Hebrew names. This chapter contains the account of the infamous Nephilim, the … END_OF_DOCUMENT_TOKEN_TO_BE_REPLACED

Legislators are pressuring the State Department to release a classified government report that has been buried for years and reportedly exposes the enormous exaggerations from the U.N. and other entities regarding the number of Palestinian refugees.

In January, The Washington Free Beacon quoted multiple sources who claimed that the State Department first classified the report under the Obama administration, despite the fact that the report’s release was required by law. At the same time, the Trump administration slashed funding to the U.N. Relief and Works Agency (UNRWA), which has long been viewed as virulently anti-Israel and uses the exaggerated numbers to seek more aid.

“The State Department is committed to taking all appropriate measures to provide information in response to requests from Congress,” a State Department official told The Washington Free Beacon.

Sources told the Free Beacon that the report estimates there are roughly 20,000 Palestinian refugees…

Hello!  Here is the belated 5th chapter of my Restored English Translation (RET) of the Book of Beresheet (Genesis).  Once again, this post contains the Hebrew names.  A glossary of those names will be provided at the end.  I will continue to use the Aleph Tavs, although I am no longer certain about them.  It … END_OF_DOCUMENT_TOKEN_TO_BE_REPLACED