I notified you my readers on Sunday that I’m doing a Reader Request on Friday – today.  Here’s the answers to the questions you all asked.

Who lies down with the lion in the Bible?

There is a common misconception that the passage says “The lion will lie down with the lamb”, but this is just that: a misconception.  Both the lion and the lamb are separately mentioned in the verse, and Yeshua/Jesus is of course the Lion and the Lamb, resulting in this confusion.  (And contrary to some claims, the KJV was NOT altered to read “wolf and the lamb”; apart from the widespread misconception, there is no evidence whatsoever to suggest that the text ever read otherwise.  The logistics for changing it are ridiculous; a time traveller’d basically have to convince Isaiah to have changed it.  In short, ridiculous.)

What’s the greatest country on earth?

Jokes aside, it’s actually a hard pick.  I’m not sure that any single country can be singled out as “greatest”, although if there is, I’d pick Israel. 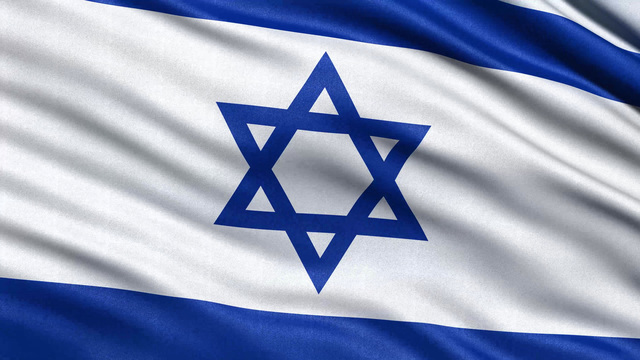 What scares you enough to leave a light on?

I’m not allowed to leave a light on – well, apart from the light we ALWAYS leave on in case someone gets up in the night.  But reading about paranormal stuff and even strange unsolved mysteries always creates a tangible fear.  So, although I enjoy reading about them, I don’t read about them too often.

What is the worst thing you have ever eaten?

Trying to decide between celery, and the time we ate a literal weed for dinner after mistaking it for spinach. Where do you see yourself 5 years from now?

I hate that question!  (I’m saying this entirely in good humour, Rakelle 🙂 )  The short answer is: I don’t know.

What are your wildest dreams?

Do you think you’ll ever leave Australia?

Do you have any interest in moving to the US?

Not so sure on that one.  Probably not.

If so, where in the US would you want to live?

I’ll crash in your lounge!  Kidding.  I’m not sure, really.  Definitely not New York or California.  Maybe Alaska, or Texas.

Your posts have immense research in them. How long do you study? And how long does it take you for a typical post?

Um… let me think for a minute.  My research can span hours or even years.  It depends on the subject.  And sometimes it’s drawn out because I change my mind, or decide to revisit the subject (which may or may not result in my changing my mind).

As for a typical post… well, it depends.  Reader Request Friday 15 March and My First Podcast Appearance took maybe 5 minutes.  Often times, though, the better part of an hour.  Or two.  (And in some of the longer posts: most of a day, a few days, or even (in one case) a week.)

You seem to study and read a lot. How do you organize your time?

I try to “schedule” when I will and won’t be doing posts, I often have a rough idea in advance (think “weeks in advance”) of what I’ll be posting.  My reading and research is split between my online and offline time.  I of course have my chores to do, and I have TAFE two days a week, so that has an affect.  And I read plenty of novels (currently Angels and Demons by Dan Brown) and non-fiction books which may or may not affect what I blog about (non-fiction-wise, I’m currently reading Worlds In Collision by Immanuel Velikovsky, The New Foxe’s Book of Martyrs by John Foxe and Harold J Chadwick, and of course the Bible – specifically, the Book of Jubilees in the Eth-Cepher translation).

Do you enjoy doing Reader Requests?

Yes, I do.  It’s fun reading and answering the questions.  When I have them, that is, which I almost didn’t in January.

What’s the biggest drive in your life?

In the end, I would have to say YEHOVAH/GOD and desire for the truth.

The first three paragraphs of the Wikipedia article:

The first written records of the region come from Arab traders in the 9th and 10th centuries. In medieval times, the region was dominated by the Trans-Saharan trade and was ruled by the Mali Empire. In the 16th century, the region came to be ruled by the Songhai Empire. The first Europeans to visit the Gambia River were the Portuguese in the 15th century, who attempted to settle on the river banks, but no settlement of significant size was established. Descendants of the Portuguese settlers remained until the 18th century. In the late 16th century, English merchants attempted to begin a trade with the Gambia, reporting that it was “a river of secret trade and riches concealed by the Portuguese.”

In the early 17th century, the French attempted to settle the Gambia but failed. Further English expeditions from 1618 to 1621, including under Richard Jobson, were attempted but resulted in huge losses. Merchants of the Commonwealth of England sent expeditions to the Gambia in 1651, but their ships were captured by Prince Rupert the following year. In 1651, the Couronian colonisation of the Gambia had also begun, with forts and outposts being erected on several islands. The Courlanders remained dominant until 1659 when their possessions were handed over to the Dutch West India Company. In 1660, the Courlanders resumed possession, but the next year were expelled by the newly formed Royal Adventurers in Africa Company.

In 1667, the rights of the Royal Adventurers to the Gambia were sublet to the Gambia Adventurers but later reverted to the new Royal African Company. 1677 saw the beginning of a century-and-a-half-long struggle between the English and French for supremacy over the Gambia and Senegal. The English possessions were captured several times by the French, but in the Treaty of Utrecht in 1713, the British rights to the region were recognised by the French. In the mid-18th century, the Royal African Company began having serious financial problems and in 1750, Parliament divested the company of its rights in the region. In 1766, the Crown gained possession of the territory, and it formed part of the Senegambia colony. In 1783, Senegambia ceased existing as a British colony.

The rest of the article – and Gambia’s history – can be found here:

Those who asked questions are nominated to do a Reader Request (entirely voluntary):