In the 1800s, a wild, hairy, apelike woman was captured in the Caucasus in Abkhazia in Russia.  She was eventually partially tamed, and had several children with some of the local villagers, and has descendants today.  But, what the hell was she?  Here’s an interesting article from the Daily Mail:

Was 19th Century apewoman a yeti? 6ft 6in Russian serf who could outrun a horse was ‘not human’, according to DNA tests

By Jennifer Newton and Jay Akbar For Mailonline

Hundreds of explorers, theorists and fantasists have spent their lives searching for the infamous ‘big-foot’.

But a leading geneticist believes he has found evidence to prove that it – or rather she – could have been more than a myth.

Professor Bryan Sykes of the University of Oxford claims a towering woman named Zana who lived in 19th Century Russia – and appeared to be ‘half human, half ape’ – could have been the fabled yeti.

Witnesses described the six-foot, six-inches tall woman discovered in the Caucasus mountains between Georgia and Russia as having ‘all the characteristics of a wild animal’ – and covered in thick auburn hair.

Scroll down for video

Historic: A leading genetecist claims a towering woman named Zana (artist’s representation) who lived in 19th Century Russia – and appeared to be ‘half human, half ape’ – could have been the fabled yeti 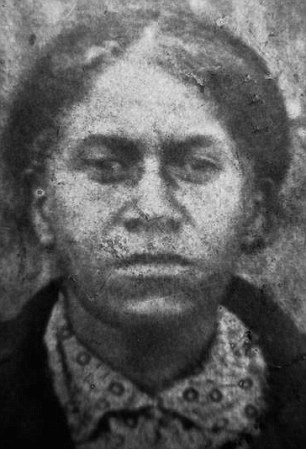 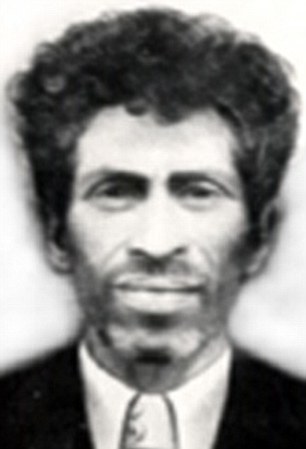 Proof: DNA evidence from Zana’s granddaughter (upper picture) and the remains of her son Khwit (lower picture) seemed proved that Zana was of African descent even though she lived in the wild Caucusus 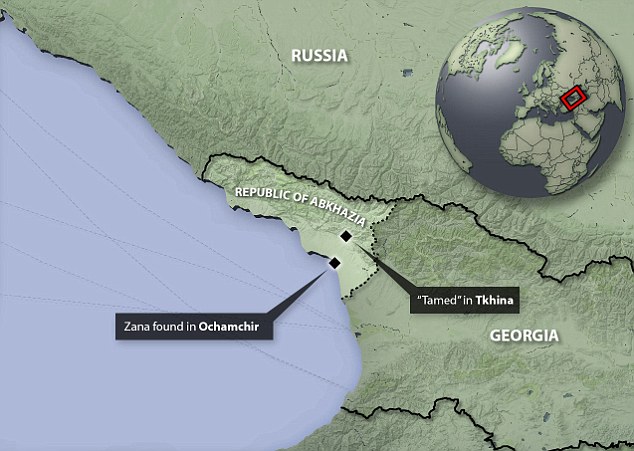 Wild: Zana was discovered and trapped by a local merchant who hired a group of hunters to hunt her down in the region of Ochamchir – and she was eventually tamed by a nobleman on his estate in Tkhina 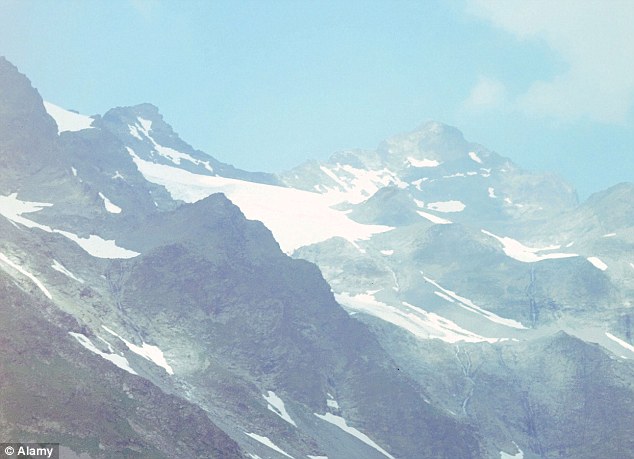 Treacherous: It is thought Zana roamed the remote Caucusus mountains, where Sykes says her African ancestors lived for many generations 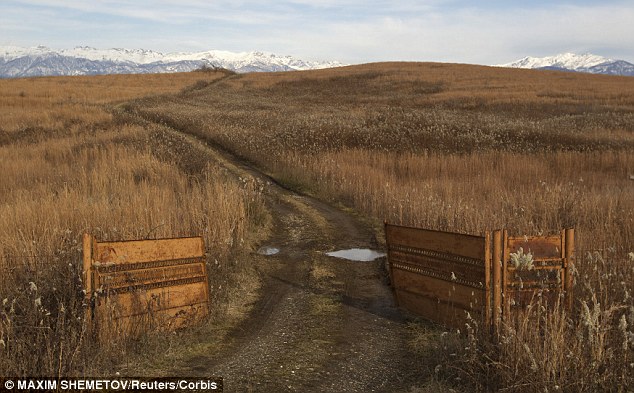 Trapped: A merchant found Zana in the Ochamchir region of western Georgia and after hunters caught her, they placed her in a ditch surrounded by sharp spikes 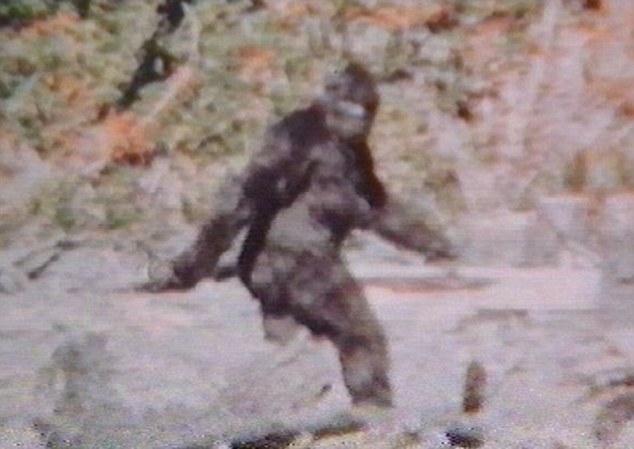 Mythical: Witnesses described the six-foot, six-inches tall woman as having ‘all the characteristics of a wild animal’ (fabled ‘big-foot’ pictured)

Experts believe the wandering ‘Wild Woman’ was found lurking in the remote region of Ochamchir in the Republic of Abkhazia.

She was captured by a local merchant in the 1850s who hired a group of hunters to subdue and shackle her in the mountainous terrain.

Professor Sykes claims Zana was kept in a ‘ditch surrounded by sharpened spikes’ and sold from owner to owner until she came to serve nobleman Edgi Genaba as a servant.

Famously known as the ape woman, Zana had at least four children by local men and some of her descendants still live in the region, the Times reported.

Sykes made an astonishing discovery when he carried out saliva tests on six of her living relatives and the tooth of her deceased son Khwit.

The DNA analysis revealed that they all contained the right amount of African DNA for Zana the ape woman to be ‘100 per cent African’ but remarkably she did not resemble any known group. 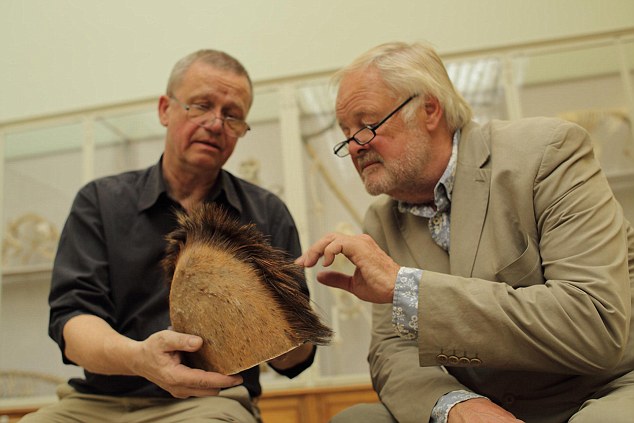 Discovery: Professor Bryan Sykes of the University of Oxford analysed the DNA of her living relatives in the Caucuses region and found west-African genes 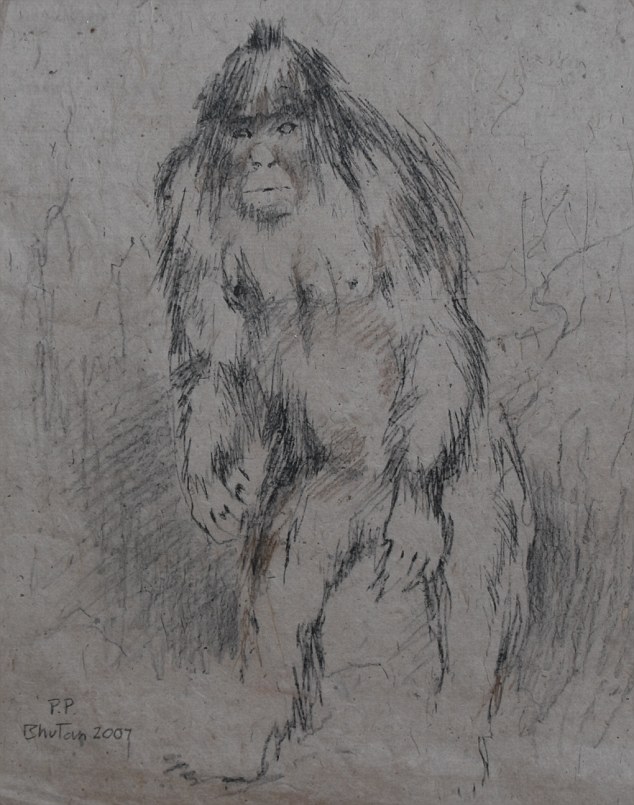 Myth? The first accounts of the Yeti emerged before the 19th century from Buddhists who believed that the creature inhabited the Himalayas

Her resemblance was that of a wild beast – ‘the most frightening feature of which was her expression which was pure animal,’ one Russian zoologist wrote in 1996.

The man who organised various eyewitness accounts of Zana wrote: ‘Her athletic power was enormous. 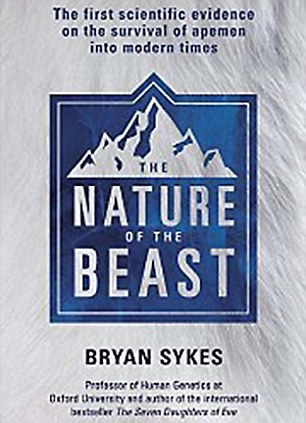 Evidence: In his book ‘Nature of the Best’, Sykes argues that Zana could be the yeti

She would outrun a horse and swim across the Moskva river even when it rose in violent high tide.’

Some have argued that she was a runaway Ottoman slave but Professor Sykes says her ‘unparalleled DNA’ refutes that theory.

He believes her ancestors came out of Africa over 100,000 years ago and lived in the remote Caucasus for many generations.

Zana was eventually ‘tamed’ by the nobleman who bought her as a servant and kept her on his estate in Tkhina in the Republic of Abkhazia.

Accounts from the time claim she was incredibly muscular, slept outdoors and ran around naked until she died on the estate in 1890.

Some of his colleagues doubt his other findings – which include a claim that an unknown species of bear might account for yeti sightings in Bhutan.

Despite the lack of hard proof from the analysis of the alleged ‘yeti hairs’, he says he has developed a strong sense that ‘something is out there’ after speaking to dozens of witnesses.

Professor Sykes could not say if the yeti, bigfoot or the Russian almasty is the best candidate for a surviving race of human ‘apemen’.

He said: ‘Bigfoot has many more people trying to find it. But I suppose either the yeti or the alma / almasty, which live in inaccessible and very thinly populated regions, is the most likely.’

THE MYTHICAL YETI AND THOSE WHO HAVE TRIED TO FIND IT

The first accounts of Yetis emerged before the 19th century from Buddhists who believed that the creature inhabited the Himalayas.

They depicted the mysterious beast as having similarities to an ape and carrying a large stone as a weapon while making a whistling sound.

In 1832, an explorer who had his account of trekking in Nepal published in the Journal of the Asiatic Society of Bengal spoke of seeing tall, bipedal creature covered with long dark hair, which seemed to flee in fear.

The term Abominable Snowman was developed in 1921 following a book by Lieutenant-Colonel Charles Howard-Bury called Mount Everest The Reconnaissance.

Popular interest in creature gathered pace in early 20th century as tourists began making their own trips to the region to try and capture the Yeti. They reported seeing strange markings in the snow. 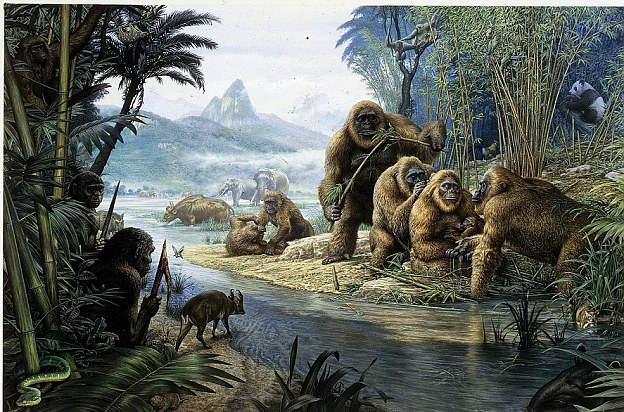 Mystical: Hundreds of explorers, theorists and fantasists have spent their lives searching for the infamous ‘big-foot’

The Daily Mail led a trip called the the Snowman Expedition in 1954 to Everest. During the trip mountaineering leader John Angelo Jackson photographed ancient paintings of Yetis and large footprints in the snow.

A number of hair samples were also found that were believed to have come from a Yeti scalp.

British mountaineer Don Whillans claimed to have witnessed a creature when scaling Annapurna in 1970.

He said that while searching for a campsite he heard some odd cries which his guide attributed to a Yeti’s call. That night, he saw a dark shape moving near his camp.

In recent times, there have been more reported Yeti sightings and at a conference in Russia in 2011, scientists declared they were 95 per cent certain of the existence of Yetis.

In 2013, a scientist claimed that the Yeti was a distant relative of the polar bear, which is thought to have died out more than 40,000 years ago.

But researchers have shown that the two hair samples analysed actually originated from a modern polar bear, and a type of rare bear native to the high mountain ranges.

In my opinion, her story, description, and that (ugly) portrait all indicate that this was in fact a Bigfoot – a Nephal that’s a cross between a human, ape and fallen Watcher (a class of angel).  They say the truth is stranger than fiction.

(The above-linked Wikipedia article is of course on the skeptical side.)

13 thoughts on “Zana the Ape-Woman”