Welcome to the 14th edition of My Fortnightly Movie/TV Thoughts.  Last fortnight I reviewed Thunderbirds Are Go (2015-present).  This fortnight, I’m reviewing:

That is the Australian rating; in the United States, it’s rated PG for sci-fi violence and brief mild language.

As usual, I’ll include the trailer and a clip at the end.  And as usual, I’ll try to avoid spoilers, but offer the following caution just in case:

When a person or side that is absolutely expected to lose an election, actually wins it, it’s called an upset.  Such surprises occur in the box office world, too.  George Lucas’ space western Star Wars (as A New Hope was originally called) was universally expected to bomb.  8 major studios turned it down.  And the studio that finally did agree to distribute it – 20th Century Fox – had so little faith in it that they gladly gave Lucas all merchandising rights.  Few in the cast were particularly optimistic, or particularly liked it; Alec Guinness actually found it embarrassing.  And yet it defied expectations to not only become the most successful movie of the year, it became the most successful film of all time for 5 years (longer than the two previous holders – The Godfather and Jaws – which were all-time #1 for 3 and 2 years, respectively), and is to this day one of the most famous, most iconic, and most beloved films of all time, and spawned the second-most-successful film series of all time.  (And when adjusted for inflation, is the 4th-most-successful film of all time.) 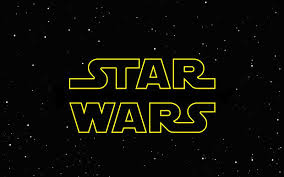 The galaxy – dominated by the evil Galactic Empire – is in the midst of a civil war.  Rebel spies have stolen the plans to the Empire’s ultimate weapon, the Death Star, a moon-sized space station that can destroy an entire planet.  The rebel starship making away with the plans is attacked and captured by an imperial star destroyer, and Senator Princess Leia Organa (Carrie Fisher) gives the plans to droid R2D2 (Kenny Baker), who together with fellow droid C3PO (Anthony Daniels) escape the ship in an escape pod, landing on the desert planet Tatooine.

The Emperor’s second-in-command, the mysterious masked Darth Vader (David Prowse [physical] and James Earl Jones [voice]), tries unsuccessfully to get Leia to crack, while R2D2 and C3PO are captured by Jawa traders, who sell them to moisture farmers Owen and Beru Lars (Phil Brown and Shelagh Fraser) and their nephew Luke Skywalker (Mark Hamill).  R2D2 plays part of a recording from Leia addressed to Obi-Wan Kenobi, whom Luke thinks might be the old hermit Ben..  The next day, R2D2 goes missing, and Luke and C3PO go to find him.  They are attacked by Tusken Raiders, who are driven off by Ben (Alec Guinness), who reveals himself to be Obi-Wan.

Obi-Wan tells Luke of the once-great Jedi Knights – of which he was once a member – who utilised the Force and served as the old Republic’s peacekeepers.  He tells Luke that his father Anakin was in fact a Jedi, and give him Anakin’s lightsaber.  After playing Leia’s message, Luke initially declines to go to Leia’s home planet of Alderaan with Obi-Wan, until he discovers that imperial stormtroopers have murdered his aunt and uncle and destroyed his farm.  He travels with Obi-Wan and the droids to Mos Eisley, where they hire smuggler Han Solo (Harrison Ford) and his Wookie sidekick Chewbacca (Peter Mayhew) to take them to Alderaan.  Meanwhile, the Empire is determined to demonstrate the Death Star’s power.  The adventure is just beginning…

OK, where to begin my analysis?!  One of the film’s biggest attractions at the time was its special effects.  This was in an era where sci-fi was cheesy, often with cheap effects.  A New Hope forever changed that.  Its effects were frankly revolutionary.  And while some of these effects are now dated, surprisingly for a 42-year-old movie, the vast majority of them still more than hold up.  Some put some modern CGI to shame!

Like Raiders of the Lost Ark, Star Wars was a tribute to the old action-adventure serials Lucas enjoyed growing up.  It’s meant to be good, old-fashioned, family-friendly fun pitting good versus evil, with clearly defined heroes and clearly defined villains.  And it succeeds enormously in all of these areas!  While I enjoy the thought-provoking films that blur the lines (which, let’s admit it, partially reflects reality), I enjoy simple movies such as this, with a clear boundary between good and evil, and in which the good guys beat the bad guys in the end.  Plus, there’s a childish appeal about a movie set in an entirely fictitious universe with highly advanced technology, common space travel, laser swords, planet-destroying weapons and space wizards.

And the story itself is quite good – and, again, quite fun.  It’s basically a Space Western, focusing on a farmer boy, a smuggler and a princess/senator who are thrown together through a rebellion against a tyrannical government, and who form an unlikely trio.

And the cast is great.  Alec Guinness is really great as Obi-Wan Kenobi, a former Jedi Knight living in isolation on Tatooine, and brings a gravity and dignity to the role. 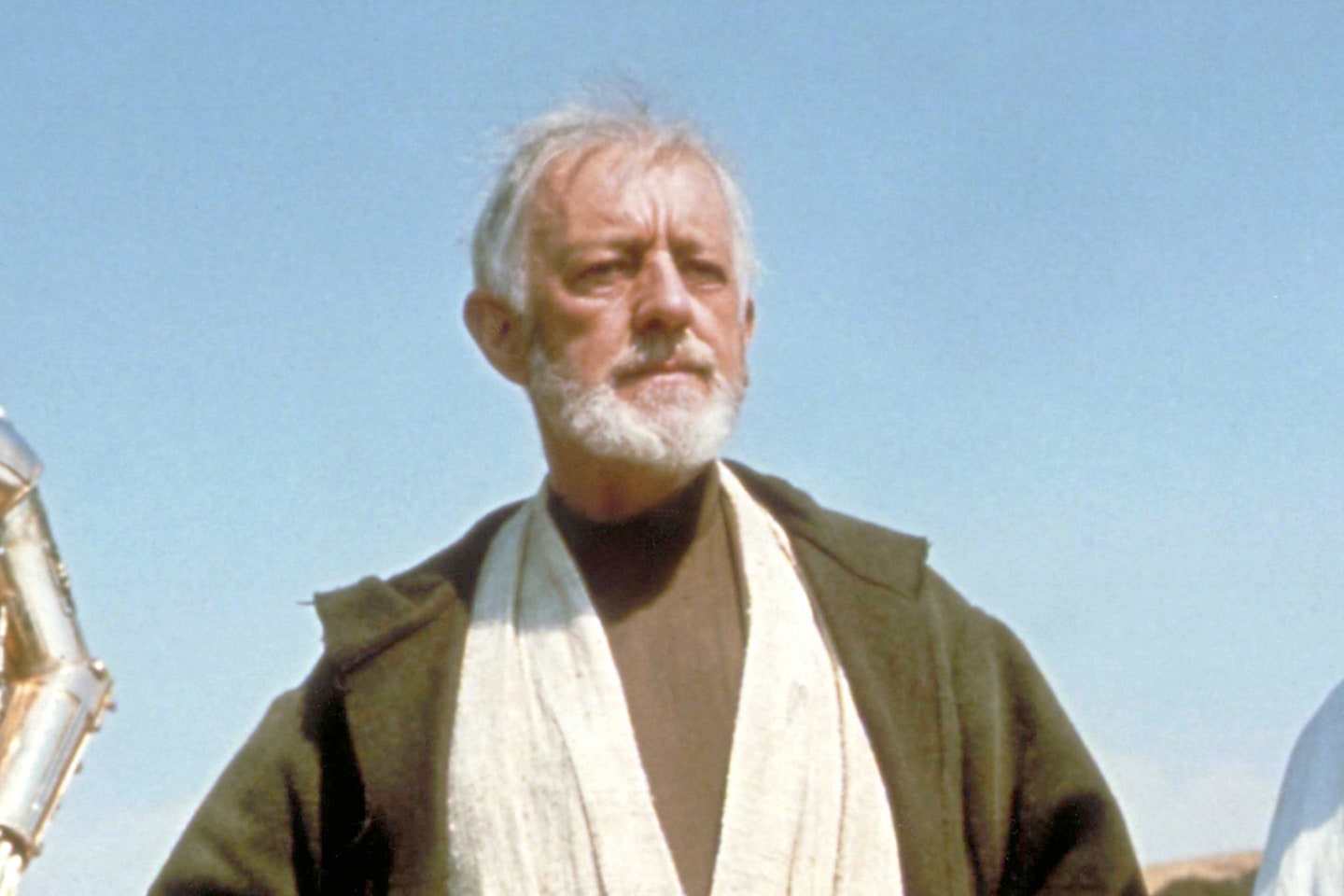 Newcomer Mark Hamill did a great job as young Luke Skywalker, the farm boy who finds himself caught up in the Rebellion, with the key to saving the day.  He’s quite authentic. 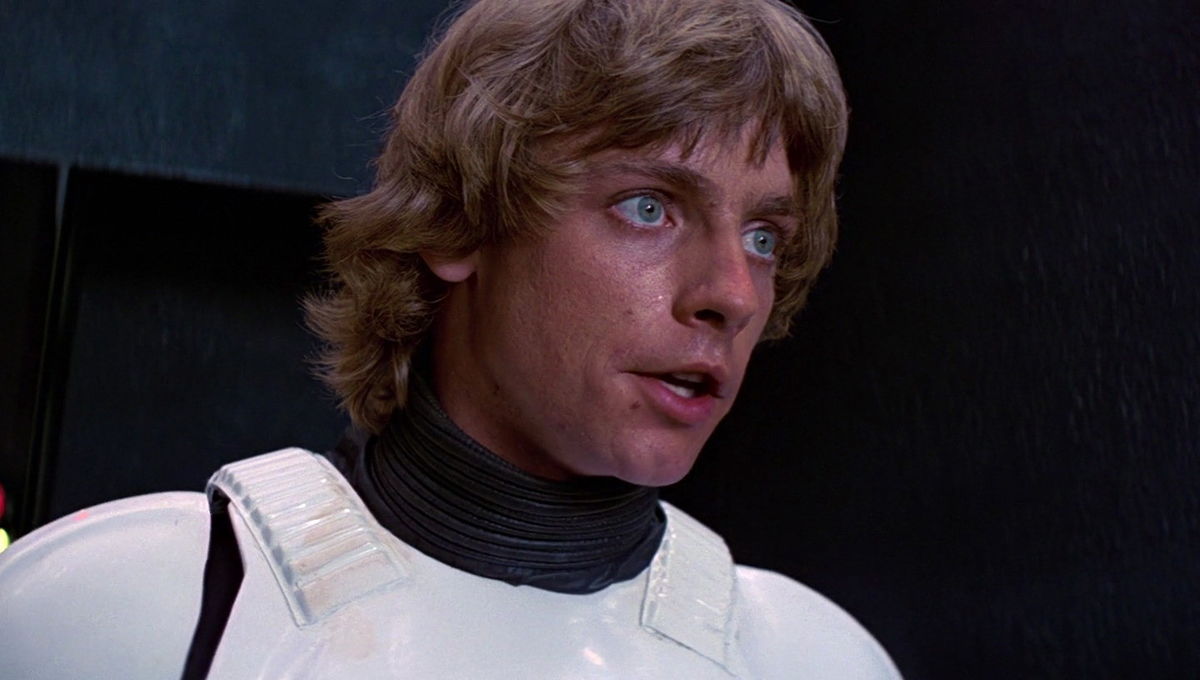 Harrison Ford – in the role that catapulted him to fame (and got him the role of Indiana Jones) – is really good as Han Solo, the (very) rough diamond smuggler hired to transport Luke and Obi-Wan to Alderaan – and finds himself much more caught up in events then he intended.  And of course you can’t help but like his Bigfoot-like buddy Chewie, whom Peter Mayhew nails.

And Carrie Fisher is simply perfect (not to mention beautiful) as the headstrong Princess Leia, whom both Han and Luke develop a crush on. 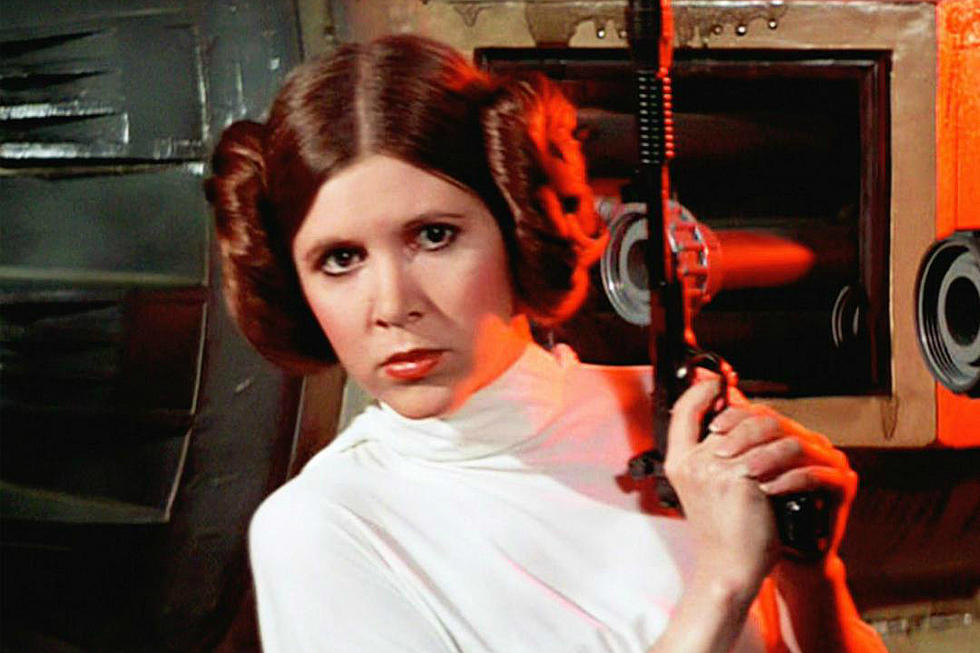 And who could forget the combined talents of David Prowse and James Earl Jones as Darth Vader, the Emperor’s right-hand man, and one of the most famous villains of all time?

And then there’s John Williams’ incredible music score!  (My personal favourite part of which is when Luke is watching the twin sunset – a great shot in and of itself – which is repeated multiple times throughout the series.)  Star Wars or Star Wars: Episode IV – A New Hope is a truly great sci-fi/fantasy classic with a great cast, great story, great special effects, and a great music score.

What do you think of this film?  Be sure to let me know in the comments!  Also, send me your review of any film, and I’ll post it on Blockbusters Reviewed.]