That is the Australian rating; in the United States, it’s rated PG-13 for sci-fi violence and some intense images.

(Seriously, if you don’t know anything about what happens in the movie and intend to see it, and don’t want spoilers, skip this review.  Perhaps leave a like, of course!  🙂 )

I’ve asked in the past, Is it possible to create a perfect movie?  I’ve stated that The Chronicles of Narnia: The Lion, the Witch and the Wardrobe (2005) fits the bill (for me).  Raiders of the Lost Ark (1981) comes pretty damn close.  As truly GREAT as Star Wars is, none of its installments quite reach perfection.  Except, that is, for Revenge of the Sith, which in my opinion is nothing short of the greatest film of all time (or at least my personal favourite). 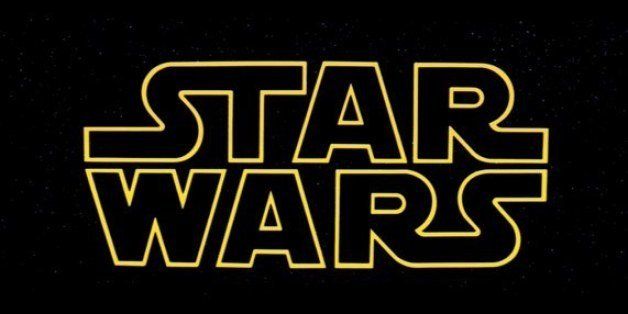 3 years after the last film, the Galaxy is in the midst of a civil war, known as the Clone Wars, fought between the Republic, led by Chancellor Palpatine (Ian McDiarmid), and the Separatists, led by Count Dooku/Darth Tyranus (Christopher Lee) and General Grievous (Matthew Wood).  A Separatist ship, led by commanded by Grievous and Dooku, kidnaps Palpatine from the Republic’s capital Coruscant.  Obi-Wan Kenobi (Ewan McGregor) and Anakin Skywalker (Hayden Christensen) lead a rescue mission, successfully retrieving the Chancellor and crashing landing the ship, although Grievous got away.  Anakin was goaded by Palpatine into killing Dooku after disarming him.

Anakin, now considered a hero, discovers that his secret wife Senator Padme Amidala (Natalie Portman) is pregnant.  He is promoted to the Jedi Council – but declined the rank of Master for now.  Wary of the Jedi, they want him to spy on Palpatine – while Palpatine wants him to spy on them.  Obi-Wan is sent to Utapau after reports of Grievous’ whereabouts there.  Anakin begins receiving prophetic dreams that Padme will die in childbirth, and is determined to save her.  Palpatine takes advantage of this, further poisoning his mind to bring him to the dark side. 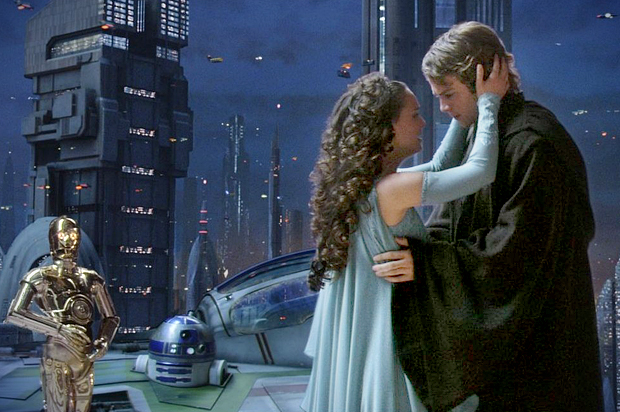 OK, where the heck does one start?!  This is THE climax of the first 6 Star Wars movies.  And it works perfectly on every friggin’ level, and more than justifies its two immediate predecessors. 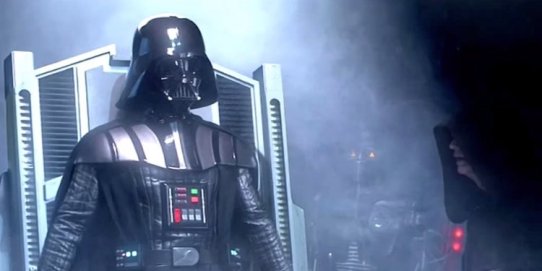 For one thing, this film is easily the darkest and most mature in the series.  It goes as dark as possible (without going too dark or in any way depressing, and without any graphic violence), and benefits immensely from it.  SPOILER Anakin falls to the dark side.  The Jedi are massacred.   The Republic falls, and the tyrannical Empire arises.  It’s an all-round victory of good over evil.  END SPOILER.  And I love every second of it!

And then there’s the plot and how it’s handled.  Revenge of the Sith ties up just about every plot point created in the first two prequels, and every plot point leading into A New Hope. Plus carrying it’s own plot. It’s easily the most plot-compact film in the series, and feels like the longest – but surprisingly, that’s a compliment!  It’s a monumental task, one very hard to accomplish, and yet Lucas pulls it off beautifully.

And then there’s the action and thrills!  Sith is by far the most action-packed, the most exciting, the most thrilling, the most EXHILARATING Star Wars movie to date.  It’s an almost non-stop roller coaster thrill ride from start to finish – without once sacrificing the plot.  It also contains THE best lightsaber duels in all of film history: between Palpatine and Yoda, and between Anakin and Obi-Wan.  Steven Spielberg reportedly had a great deal of input in these fights (and is thus credited as the film’s assistant director), and that decision paid off.

What about the fact that, as a prequel, we know (roughly) how it’s going to turn out – both for the Republic, and for each of the main characters?  Some think it ruins it.  Me?  I’m with Hollywood Reporter and their excellent review: “What seems like the biggest drawback to Episode III turns out to be its strongest element. Even casual moviegoers know what is in store for the characters, who will wind up at the point where the original Star Wars — now dubbed Episode IV — A New Hope — began the whole saga nearly 30 years ago. We know how Jedi Knight Anakin Skywalker will turn to the dark side of the Force, how his twin children will be separated at birth and how his former master Obi-Wan Kenobi and the tiny Jedi Master Yoda will turn into his mortal enemies. Yet watching these fates unfold with such tragic inevitability, watching each piece fall into place, is genuinely thrilling. In fact, knowing that these strong characters cannot and will not escape their fate is what moves us.” 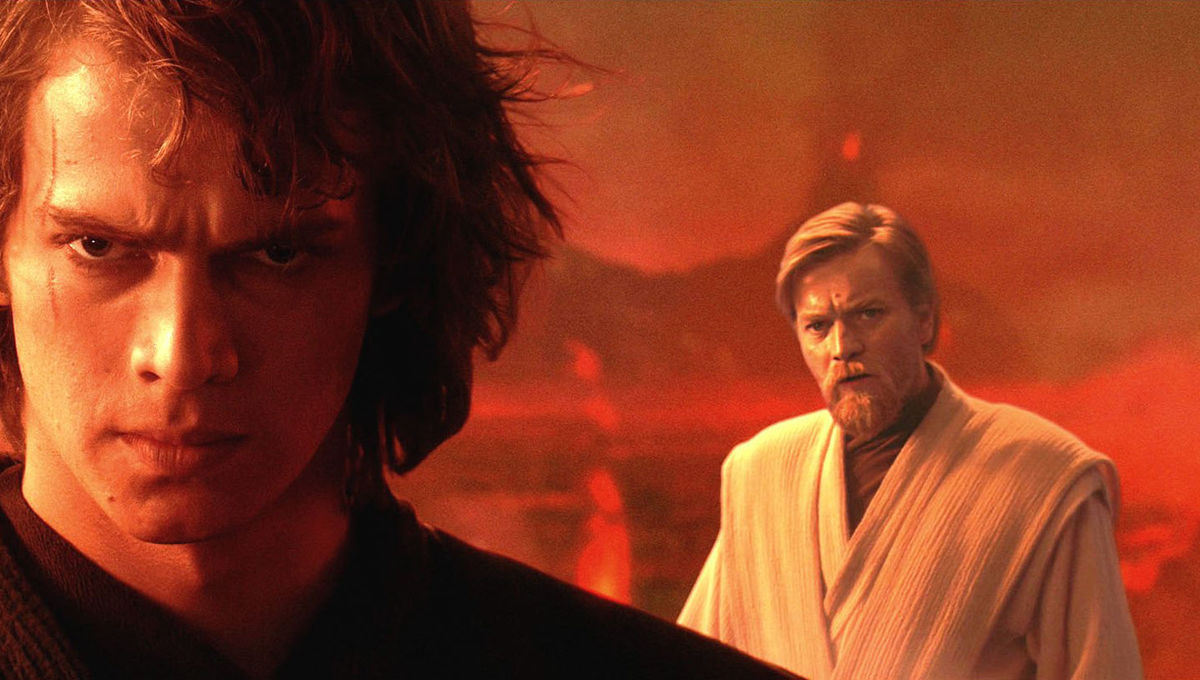 It really is one of the most poignant (and most tragic) of the SW films.  Yet another strength.  It also puts the entire original and prequel trilogies in a different light.

The acting is stellar.  The biggest star is Ian McDiarmid, who gives his best performance yet as Chancellor Palpatine – who we get to see unmasked as Darth Sidious, the Sith lord the Jedi have been after for a while, and who has been plotting secretly (and moving behind-the-scenes) to bring down the Jedi and the Republic.  We finally get to see him become the deformed, cackling, utterly evil Emperor from the original trilogy we all know.

Unlike many, I’m a fan of Hayden Christensen’s performance as Anakin in Attack of the Clones.  However, he definitely stepped up his performance here, and makes Anakin’s fall quite tragic.  While his actions were wrong, you truly do feel for him. 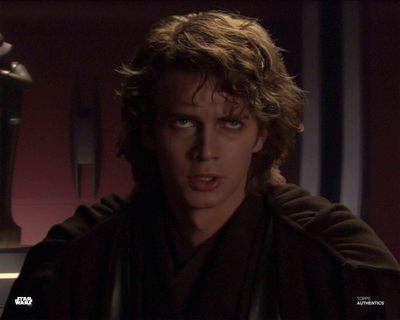 Ewan McGregor gives a fantastic performance as Obi-Wan – his best yet!  Brings a sense of humour to the role, while still remaining serious.

I also really like the character of General Grievous, droid leader, who is a very menacing and formidable (and well-done) villain.  Matthew Wood provides the perfect voice for the character.

And of course there’s Frank Oz, excellent as usual as Yoda.

And honourable mention to Samuel L Jackson, who is fantastic as the unfortunate Mace Windu

Revenge of the Sith is the most CGI-heavy of all the Star Wars films, and is to this day one of the most CGI-heavy films of all time.  However, it improves on its predecessors’ CGI, and has THE best special effects of the whole franchise. 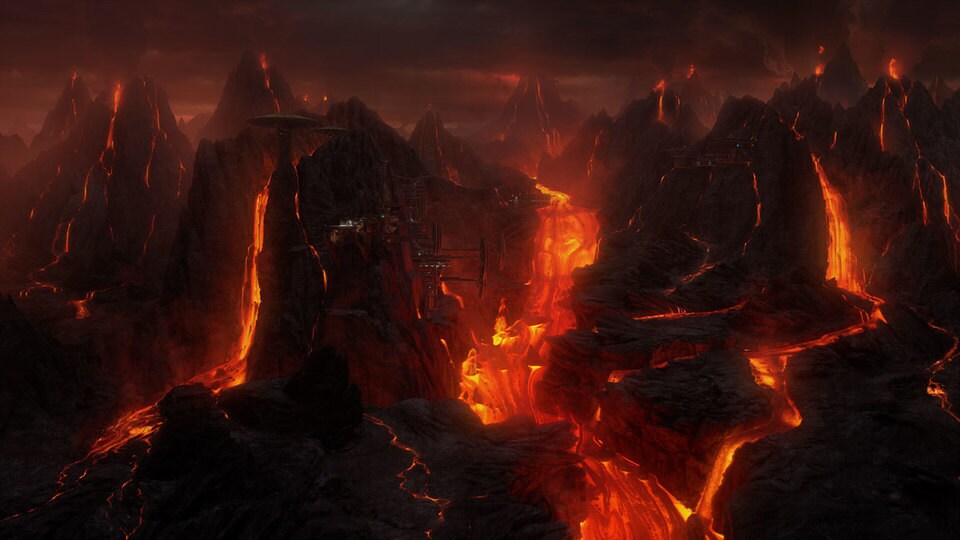 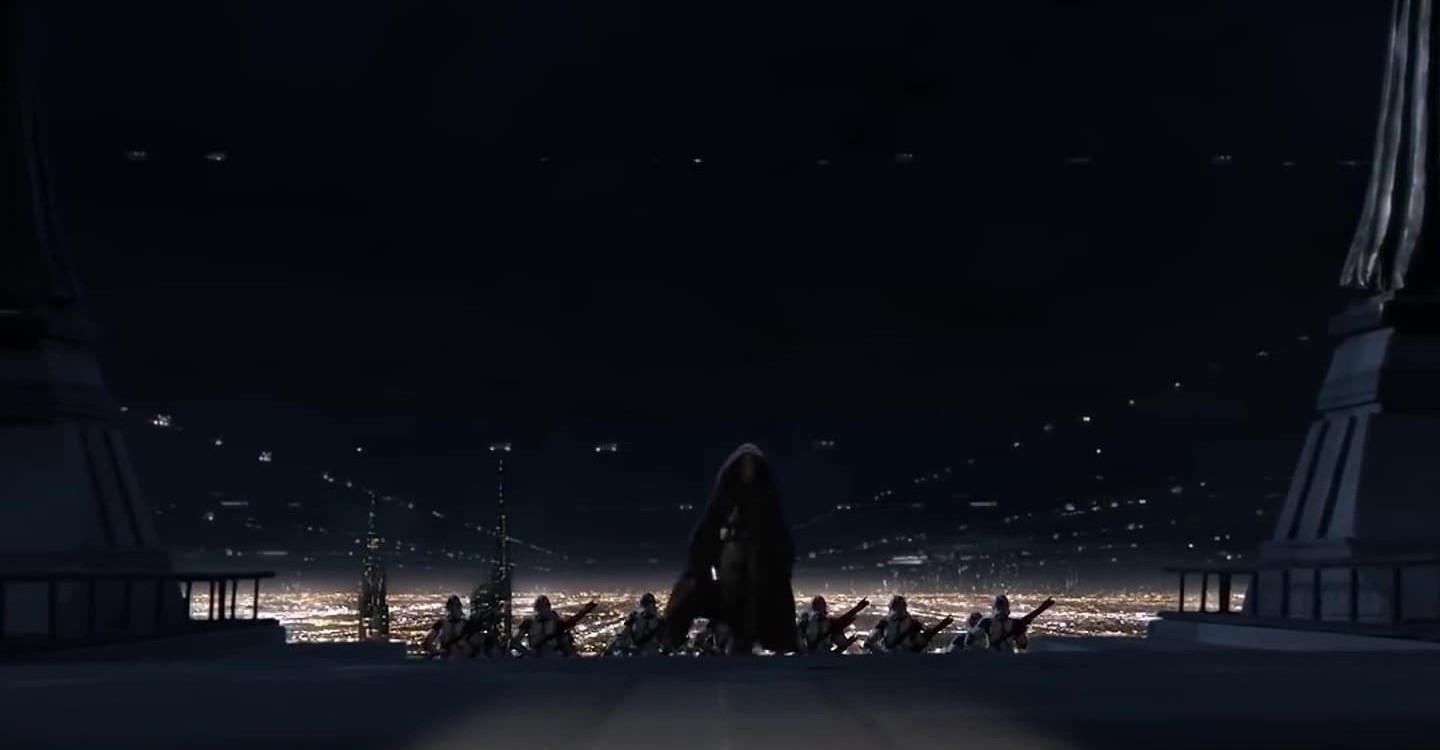 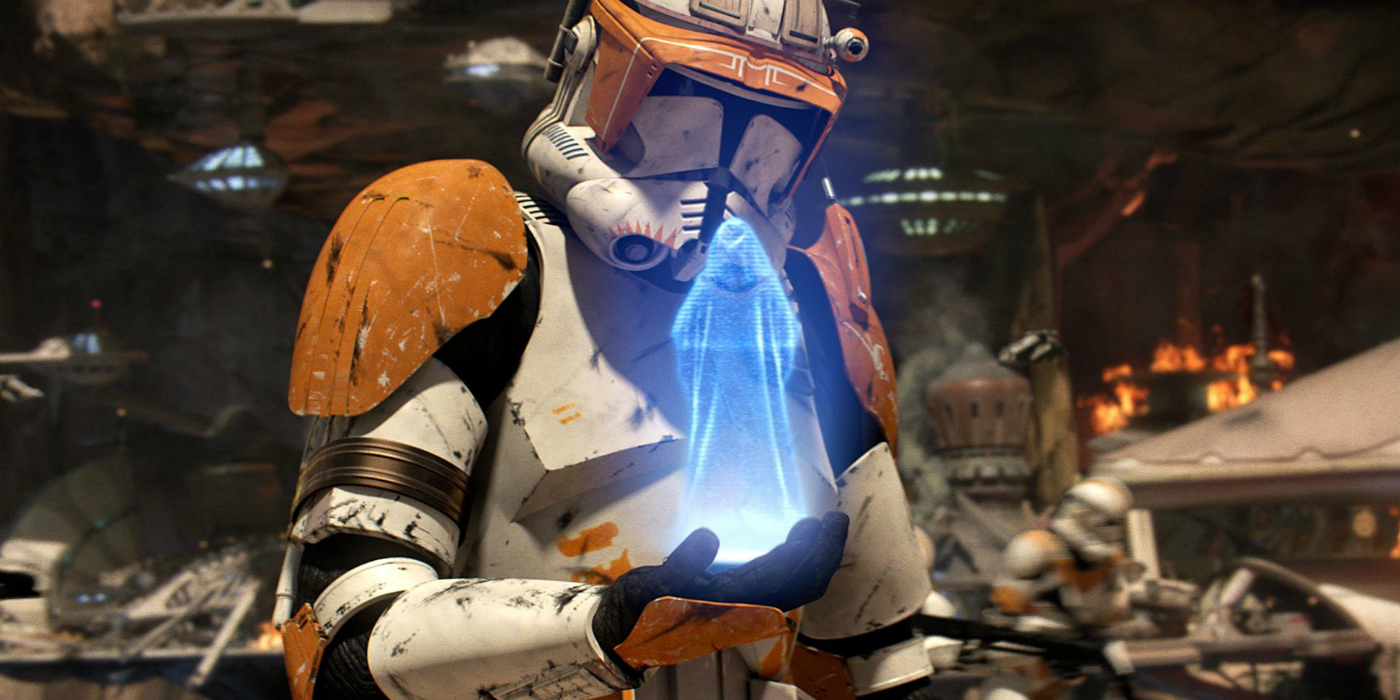 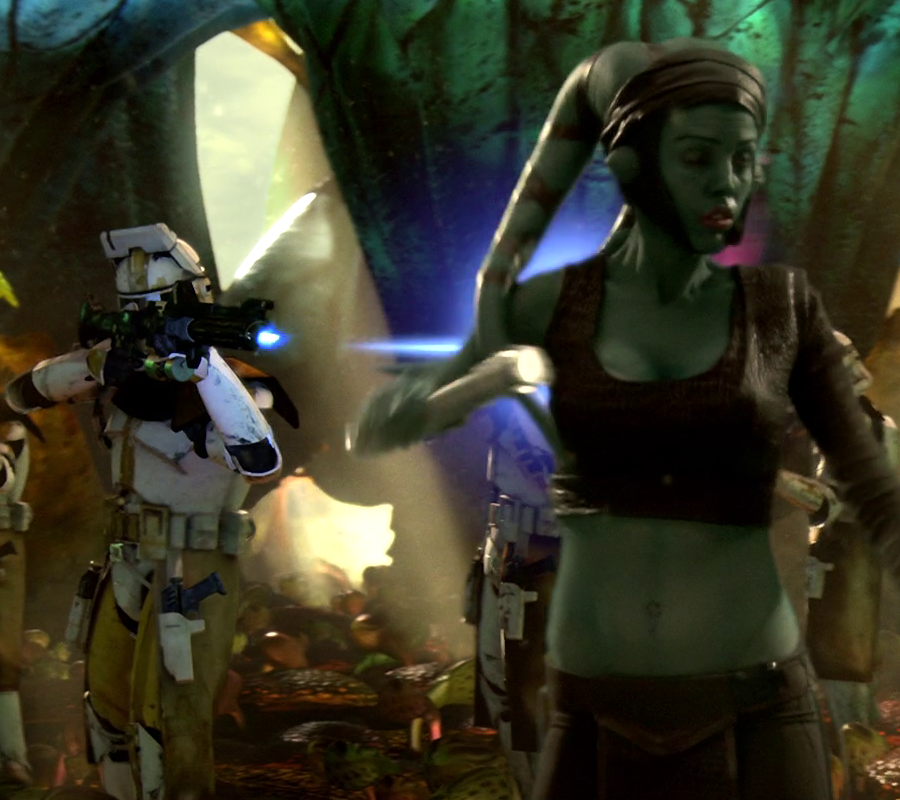 And of course there’s John Williams’ music score, which is absolutely perfect!  Especially during the climatic duels.

This film also serves as a warning, one that echoes today, in its portrayal of an elected leader successfully overthrowing democracy and establishing a galactic (i.e. one world) dictatorship – particularly the transition being WELCOMED, and the loss of freedom being portrayed (by the Emperor – not the filmmakers) as necessary for safety.  I.e. the favourite tactic today, usually by the Left: advocate restricting freedom in the name of safety.  It’s summed up best by Padme, whose line resonates hauntingly today: “This is how liberty dies.  With thunderous applause.”

Star Wars: Episode III – Revenge of the Sith is an utterly thrilling and exhilarating, brilliantly plotted, politically resonating sci-fi film – the greatest of the whole franchise, one of the greatest films of all time, and my personal all-time favourite film.  Oh, and just so PERFECT!  (In my personal opinion.) 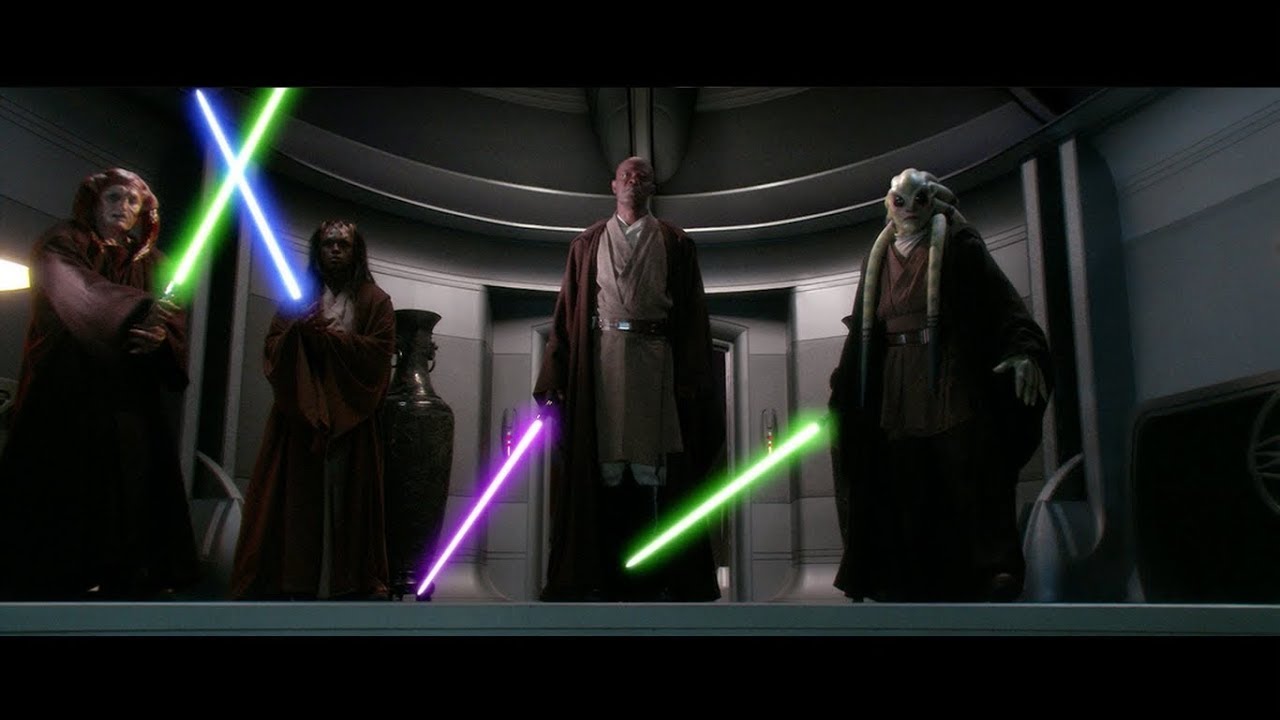 [What do you think of this film?  Be sure to let me know in the comments!  Also, send me your review of any film – in the comments section of any post – and I’ll post it on Blockbusters Reviewed.]

24 thoughts on “Star Wars: Episode III – Revenge of the Sith”