On Saturday, I gave notice that I’m doing a Reader Request today – Friday, December 13th – and to ask me (almost) any question you want.  Well… time’s up!  Here are my answers to your questions.

Do you have or have you ever had a dog? Any kind of pet?

When I was little, we had two dogs, one of whom was named Tea.  (I specifically remember one time letting him into the house because he wasn’t allowed inside.)  Later – in my current home – we had a couple puppies, Max and Jessie (shih tzu/chihuaha cross), but Jessie died from eating snail bait, and we subsequently gave Max away.

We currently own chickens, who provide a fairly steady stream of eggs. 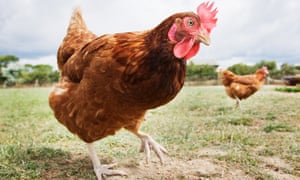 What is your favourite food?

Ooh, that’s a tough one!  Probably lasagna, with pizza second.  After that, basically anything KFC.

If you could offer any piece of advice to your younger, 16-year-old self, what would it be?

What is your favourite Batman movie?

Probably The Dark Knight, with either Batman Returns or Batman Begins in second place.

Probably Star Wars: Episode III – Revenge of the Sith.  Close runners-up include Raiders of the Lost Ark, Indiana Jones and the Temple of Doom, Star Wars: Episode IV – A New Hope and Beauty and the Beast (the 2017 version), Frozen, Frozen II, and Tangled, with honourable mention to Harry Potter and the Half-Blood Prince.

Hope you enjoyed reading my answers!