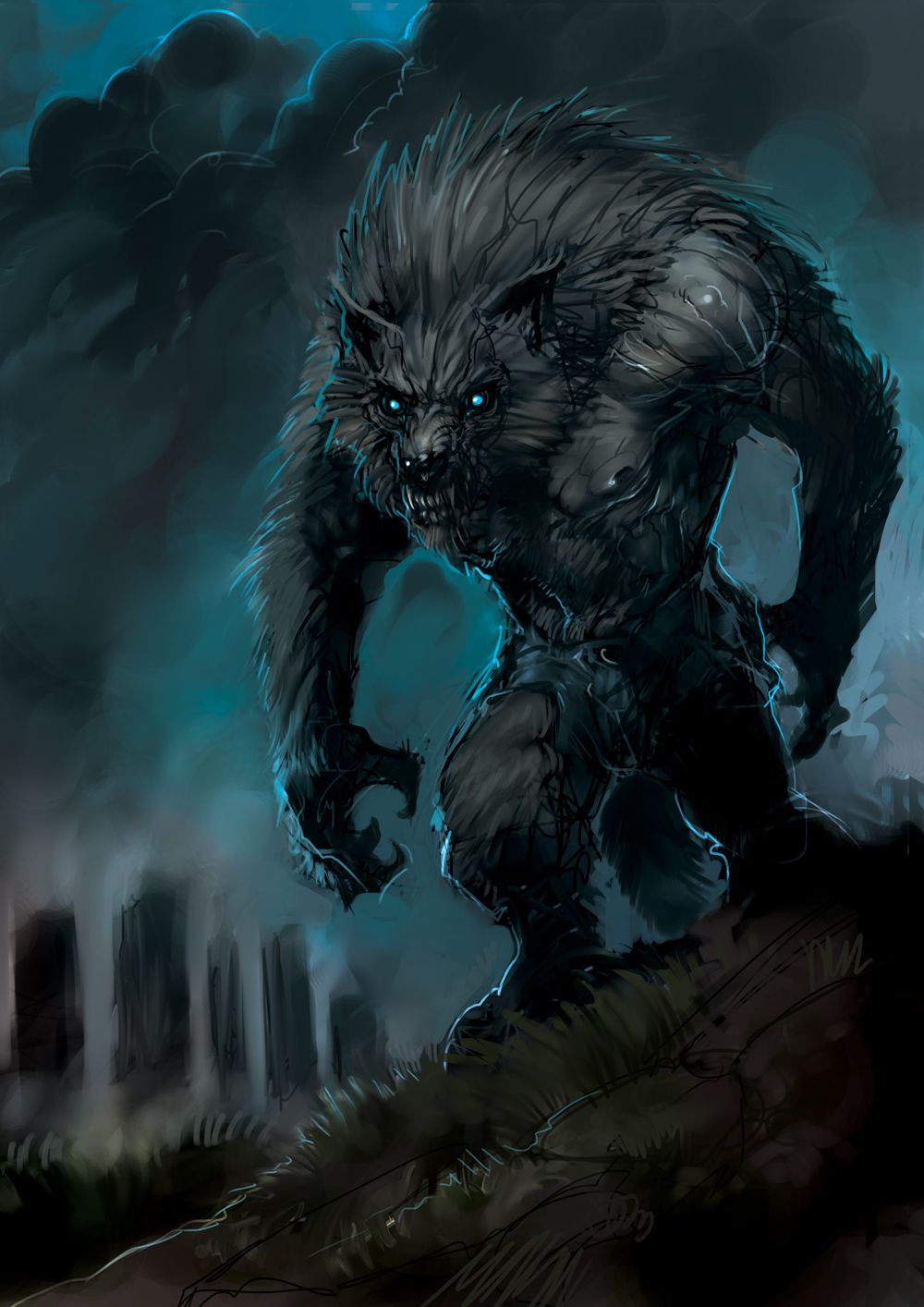 You might remember my post The Werewolves of Ireland, in which I discussed the Emerald Isle’s history of lycanthropy (werewolves), which was particularly disturbing as they were my direct ancestors.

Well, here’s another mediaeval werewolf tale – this one of the warrior Sigmund and his son Sinfjötli, who dabbled in something they shouldn’t, becoming wolves for a short period of time.  This is actually a fairly common occurrence in werewolf folklore and old eyewitness accounts – that a magic (i.e. demonic) pelt/belt could transform someone into a beast simply by being worn.

This tale tells of two men, Sigmund and Sinfjotli. One day these two are wandering through a great wood when they come upon a house. Inside they find two sleeping men who are under a spell – for nine days they are wolves, and on the tenth day they can take off the enchanted wolf skins and live as men again.

The mischievous Sigmund and Sinfjotli, eager for a good adventure, steal the wolf-skins and put them on. The moment they do this they are magically transformed into wolves. Each of them howl as a wolf and can also understand the wolf language. Sigmund and Sinfjotli make a pact to go their separate ways, yet come to the other’s aid should either of them be hunted by more than seven men.

One day Sigmund meets some hunters looking to kill him, so he howl’s and Sinfjotli comes to his side at once and the two kill all of the hunters. Then later, Sinfjotli is attacked by eleven hunters but he kills them all on his own. Sigmund comes by and asks why he didn’t call him for help. The cocky Sinfjotli says he needs no help in killing so few men.

Sigmund takes this as an insult to his own prowess, for he needed aid with fewer hunters. Sigmund attacks Sinfjotli and bites him in the throat. Sinfjotli doesn’t get up.

The guilty Sigmund, regretting both putting on the wolf-skin and losing his temper, carries Sinfjotli back to the house in the woods (the other men have left). He then sees two weasels fighting, and one bites the other’s throat, then the victor runs into a thicket and returns with a leaf that it puts onto the wound. Right away the wounded weasel is healed and is as fit as before.

Sigmund then tries to find this healing herb to save Sinfjotli, but lucky for him a raven comes and brings it to him. He puts it on the young wolf’s wound and straight away it is healed and Sinfjotli is as healthy as before.

As soon as the tenth day comes and they can return to human form, they build a fire and burn the wolf-skins to ashes. 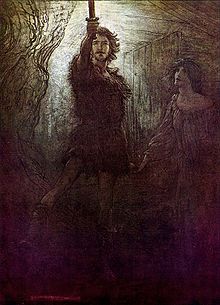 The scariest part of all this is that Sigmund is also my direct ancestor (although Sinfjotli isn’t); I descend directly from his son Sigurd, who slew a dragon.

13 thoughts on “Another Old Werewolf Tale”