o, this isn’t a theological post (although theology might play into it).  Welcome to the 34th edition of My Fortnightly Movie/TV Thoughts!  Last fortnight, I reviewed Stranger Things (2016-present).  This fortnight, I’m reviewing:

Those of course are the Australian ratings; I don’t know what the American ones are.

As usual, I’ll give the trailers & clips at the end of the post.

I offer a slightly different version of the usual disclaimer: Unsurprisingly, Fox’s comedy/drama/cop procedure show about the devil on earth – picked up by Netflix after its third season – was the victim of controversy in the lead up to its release.  Charges of blasphemy, satanism, etc, were leveled against it.  Then it was actually released, most people either watched it for themselves or simply got on with their lives, and the controversy died down (although some occasionally try to revive it – often while simultaneously binging each and every episode).  And surprisingly, the show’s actually really good.

Tired of ruling Hell after thousands of years, the fallen angel Lucifer Morningstar (Tom Ellis), the devil, quits his dominion and sets up a night club in Los Angeles, the City of Angels, taking with him Hell’s chief torturer, the demon Mazikeen (Lesley-Ann Brandt), where they live the high – and sinful –  life for 5 years, dealing favours and living however they please.  Then a singer (AnnaLynne McCord) he’d helped gain fame is murdered right in front of him. 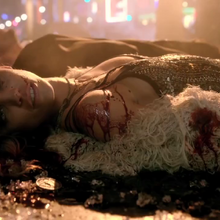 Enraged at the perpetrators, Lucifer aids Detective Chloe Decker (Lauren German) in tracking down the criminals, using his ability to bring out people’s hidden desires to great advantage.  Discovering his new compassion for humanity – and realising his enjoyment of punishing the wicked – he soon becomes a civilian consultant, working with Decker on criminal cases.  As he does so, however, he begins to change; becoming less of a devil and more of a person.  Is the devil himself on the path to redemption?  Not if the celestials and demons for whom LA becomes a hotspot have their way. 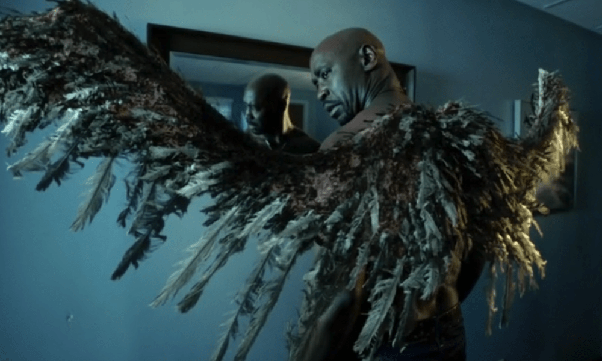 OK, let me state off the bat that despite the claims of some, this not a heretical or blasphemous show, it doesn’t show the devil as good and God as evil, it doesn’t encourage people to do evil (in fact, it explicitly states & shows that unrepentant sinners will go to Hell).  In fact, it goes out of its way to show God is not responsible for the evil in the world (or the show), and that Lucifer’s opinions on our Creator (also his literal Father – and all the angels’ literal Father) are skewed at best.  In fact, towards the end of one season Lucifer himself admits that his oft-spouted opinions about God are wrong, and that he (Lucifer) alone is responsible for his own lot in life.  (There’s even a bonus episode narrated by God clearly demonstrating that His youngest son’s opinions about Him are to be taken with a BIG pinch of salt at best.) 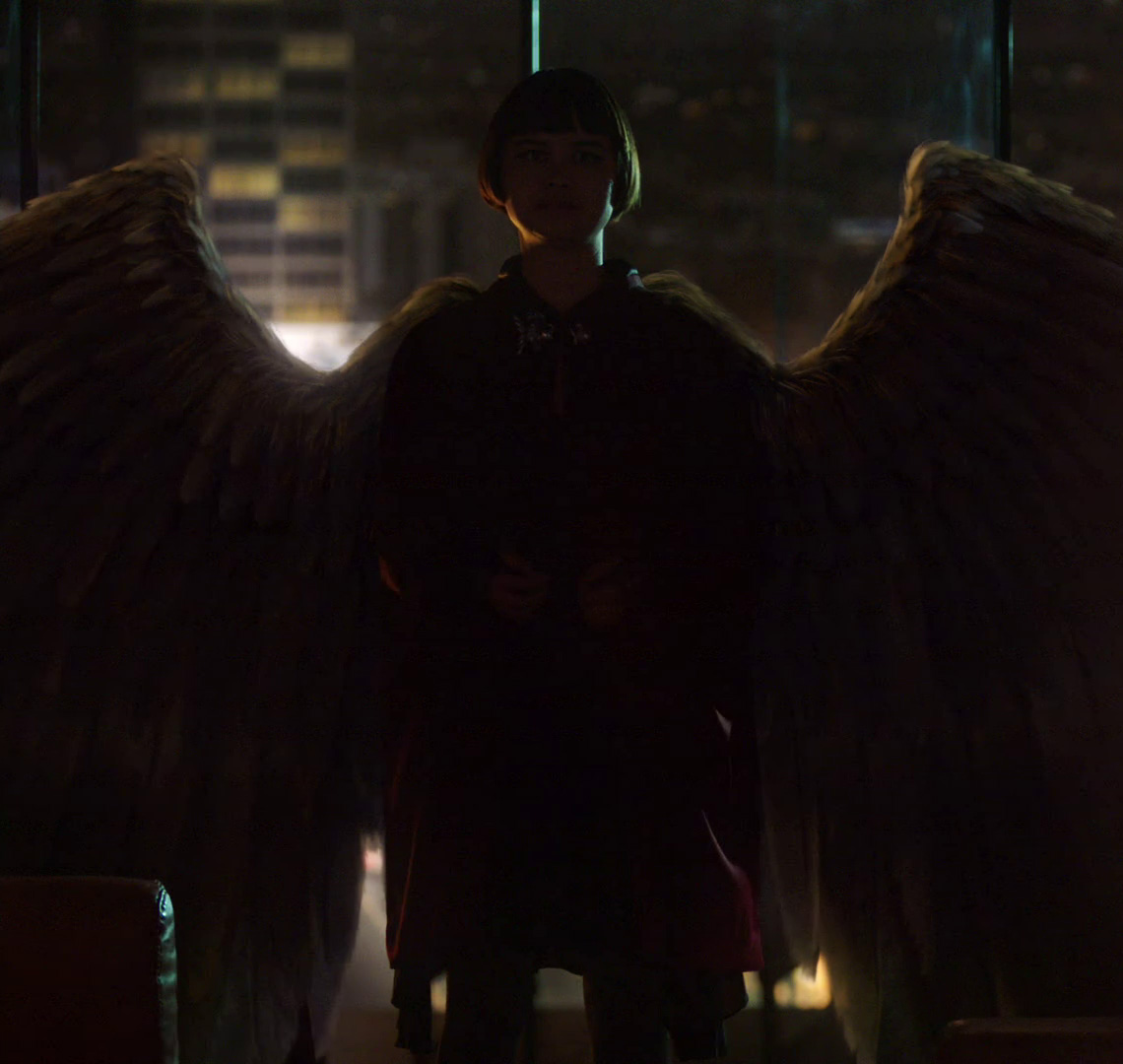 Each episode of Lucifer is excellently scripted and executed.  They are very interesting and entertaining, both for the crime mystery plot and the spiritual dimension.  The overall story arcs for each season are well-handled as well, and are extremely interesting and engaging.

The Bible sometimes describes the angels as “the sons of God”.  Lucifer takes this literally, presenting all of the angels – including our titular devil – as our Creator’s literal children, born before the creation of humanity.  They refer to God as “Father” or “Dad”.  I thought this presented quite an interesting angle, showing the relationship (and animosity) between God and Lucifer from the perspective of a father and son, rather than merely creator and creation.  (SPOILER ALERT  And yes, the angels have a Mother END SPOILER) 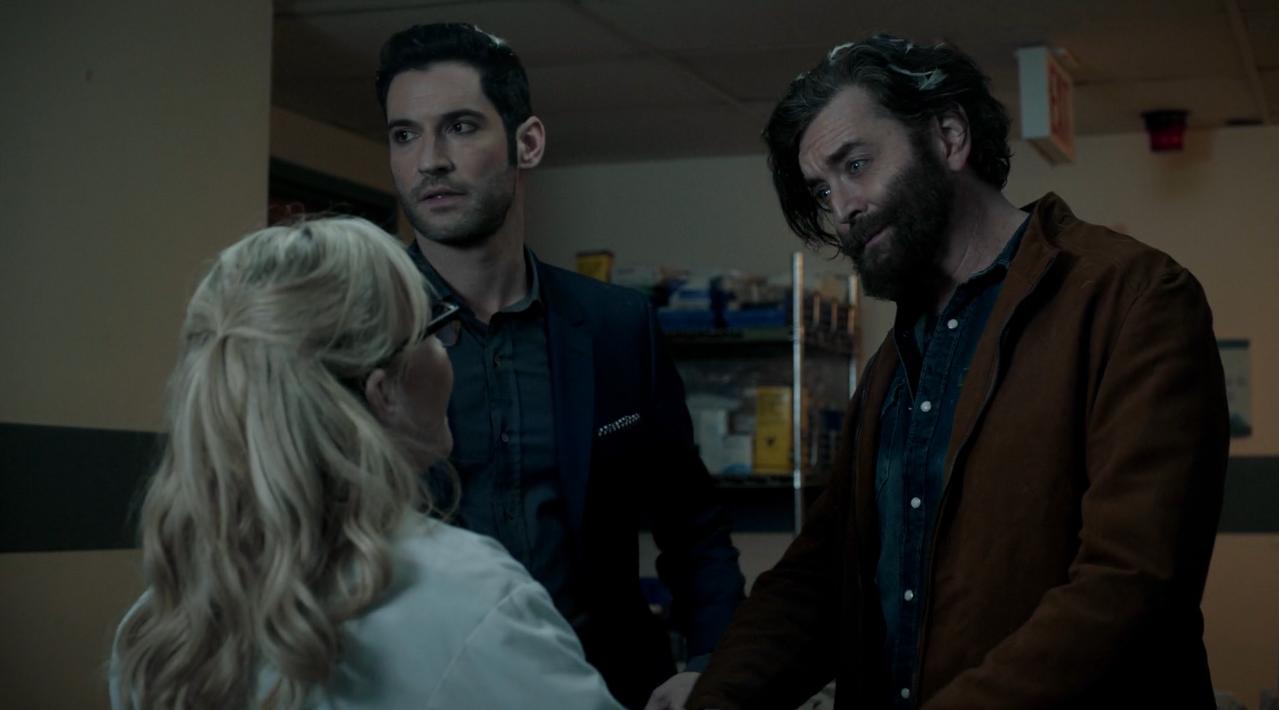 Lucifer invites us into an intriguing world of  “what if?”s.  What if it were possible for the devil himself to be redeemed?  (Raising the question: If the devil could be forgiven, why not me?)  What if demons could become, well, not-so-demonic?  What if angels weren’t automatically good, were capable of sin, and weren’t always acting on God’s orders?  It weaves aspects of myth, legend, and theory into the storyline, making it even more intriguing (and making it feel more like a fantasy – which is a plus).  Needless to say, this show doesn’t reflect reality, and I don’t take it seriously.  But it’s very interesting and intriguing in its premise and storyline, and at times kinda thought-provoking. 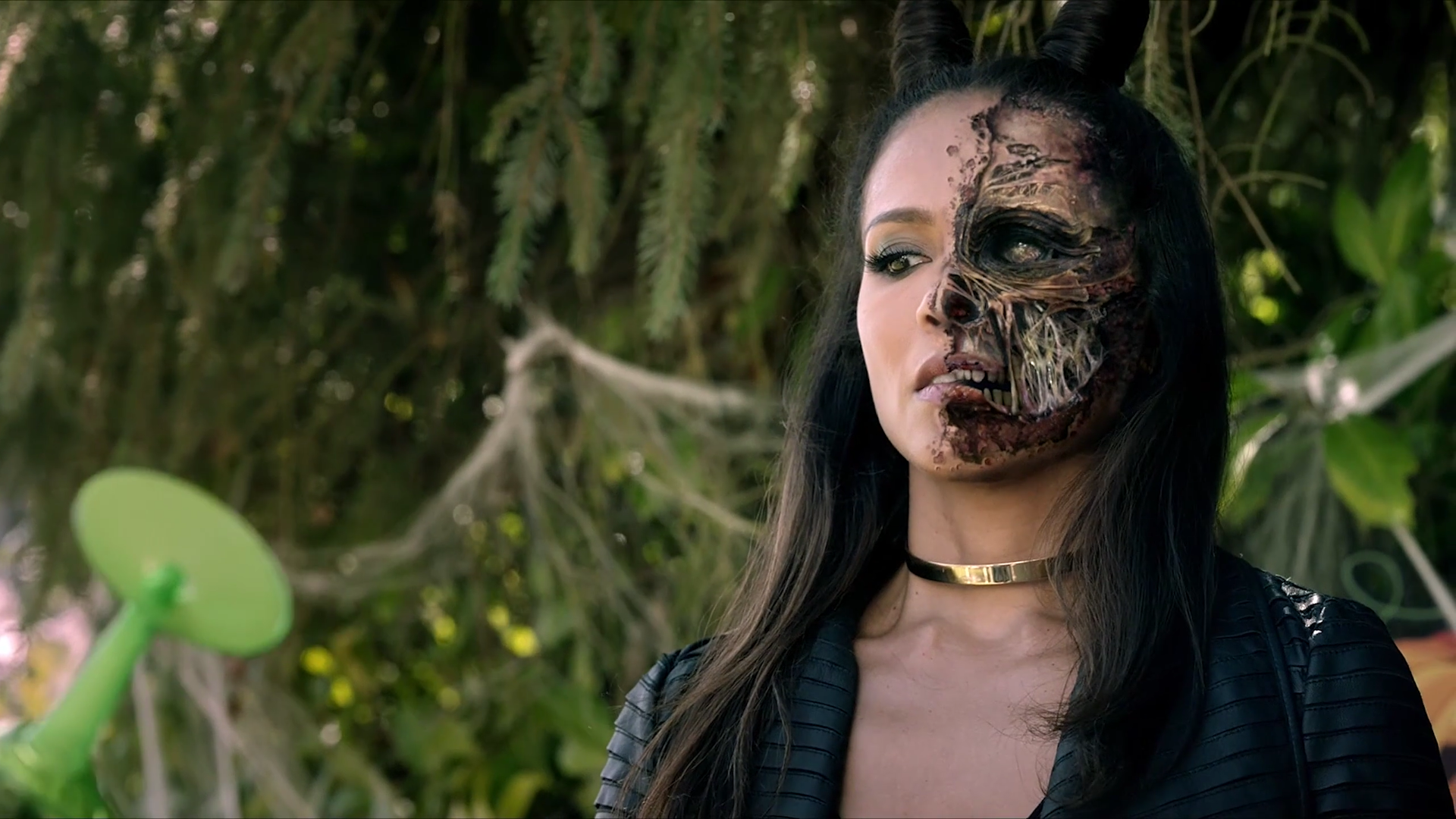 The show’s biggest strength, though, is the characters, their development, and the TERRIFIC acting!  In each of those regards, Lucifer is television gold.  Tom Ellis as Lucifer Morningstar is ONE OF THE MOST PERFECT CASTING CHOICES EVER!  He is ABSOLUTELY PERFECT for the role of the devil, fully bringing out both his external charm and charisma, and his darker, scarier side, as well as his struggles with who he is.

His character development & growth is easily the best in the series.  We’re not just presented with the devil and expected to like him.  In fact, for a while I didn’t really like him (despite his charm and his smashing sense of humour).  But he changes, for the better; he becomes more and more human (not quite angelic, but he’s getting there), and less and less the devil.  He begins to struggle more and more with who he is and what he’s done, and to deal with his issues.  He’s made to well and truly earn our affection (made easier by the fact that he’s so fictionalised, I can easily regard Ellis’ Lucifer and the real-life satan as two completely different figures).

Lauren German is the second-best actor/actress in the show, and provides an utterly solid performance as detective Chloe Decker, an LAPD officer who winds up with Lucifer for a partner – and is practically the only person immune to Lucifer’s “mojo”, making him all the more fascinated with her.  Her character development and arc are, for the most, extremely well-done as well.

Rachael Harris is excellent as Dr Linda Martin, Lucifer’s therapist, whose analysis is often spot-on but misinterpreted by our titular fallen angel.  Their scenes represent some of the best character development – and character growth – in the series, and contain some of the most interesting dialogue. 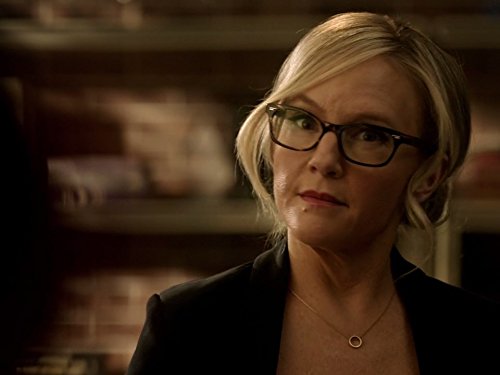 Lesley-Ann Brandt spectacular as Mazikeen – often called Maze – one of Hell’s best torturers and Lucifer’s companion.  Although I really didn’t like her at first, her character growth is almost as good as Lucifer’s, and by the end she was one of my favourite characters. 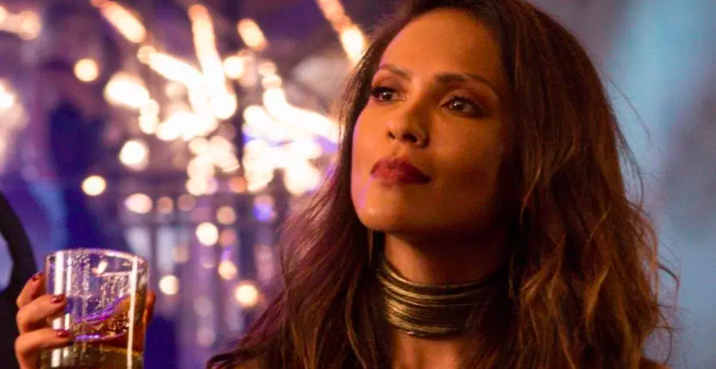 Tricia Helfer gives a fantastic performance as two very different characters: both as the Goddess of All Creation, God’s ex-wife and the angels’ mother, imprisoned in Hell for millennia for attempting to destroy humanity.  She escapes at the end of Season 1 and tries to have a life with two of her sons (Amenadiel and Lucifer) – while at the same time plotting to overthrow her ex-husband.  An interesting antagonist.  Helfer also plays Charlotte Richards, a brilliant but corrupt lawyer who spends a few months in Hell while the Goddess possesses her body, and who subsequently becomes determined avoid Hell – often trying to save herself by her own strength instead of trusting God, usually failing.  Her arc, while initially sad (and sadly relatable), ends bittersweetly, but happily.  Helfer is truly great in both roles. 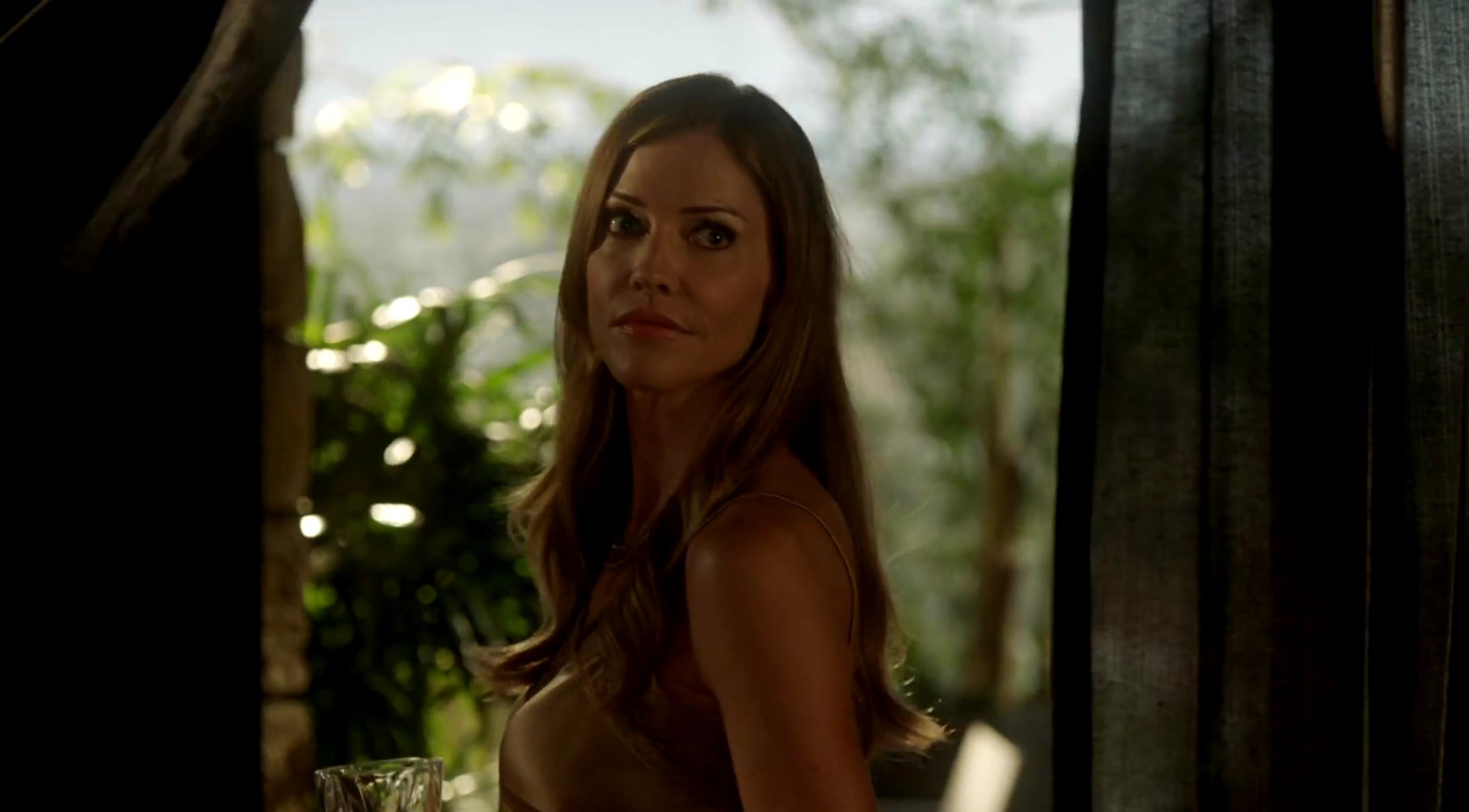 Inbar Lavi is ABSOLUTELY PERFECT as Eve, Adam’s first wife, who decides to grace Earth with her presence at the end of Season 4.  I didn’t like everything they did with her character, but she was a welcome presence. 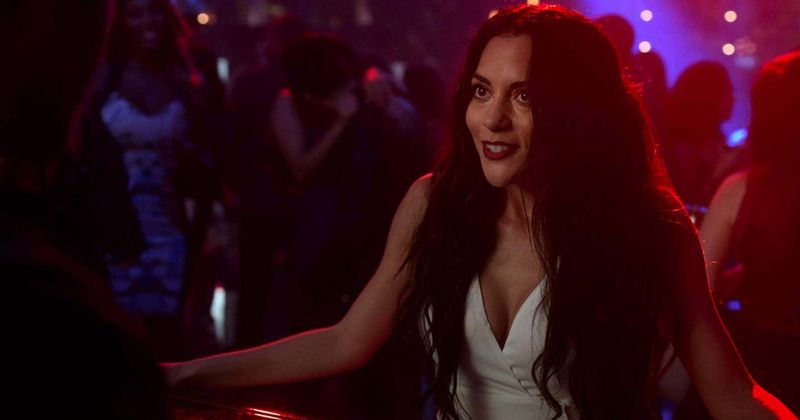 Kevin Rankin is fantastic as Malcolm Graham, a corrupt cop who forms the main antagonist of Season 1.  After getting seriously wounded, he gets a glimpse of Hell, and a mixture of that and subsequent manipulations send him on a downward spiral into insanity and murder.  One of the best-written villains on the show. 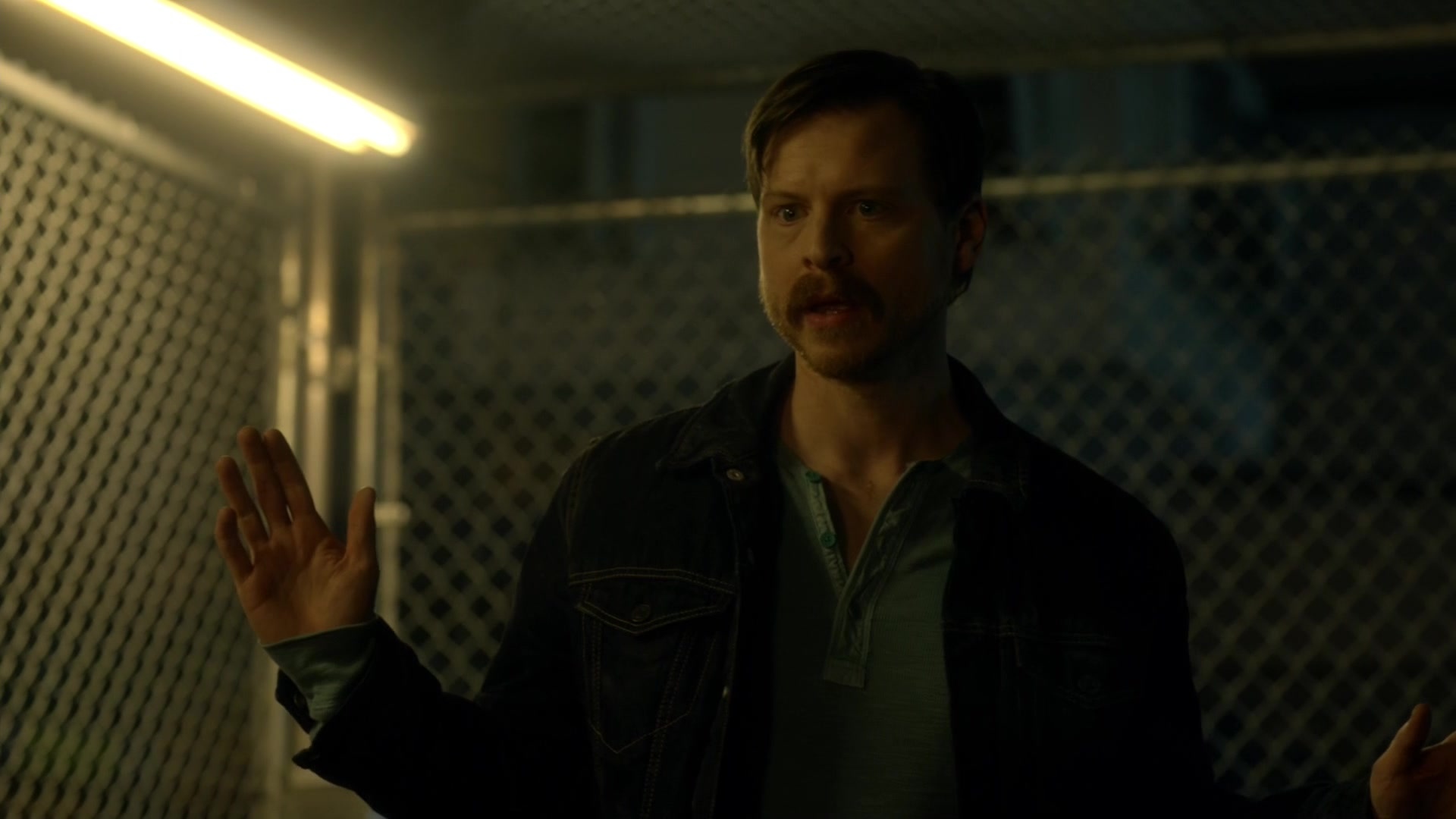 D.B. Woodside is great as the angel Amenadiel, God’s firstborn son and Lucifer’s oldest brother.  Initially a villain (who isn’t actually following God’s instructions), he goes through quite a character arc – one of the show’s more impressive ones. 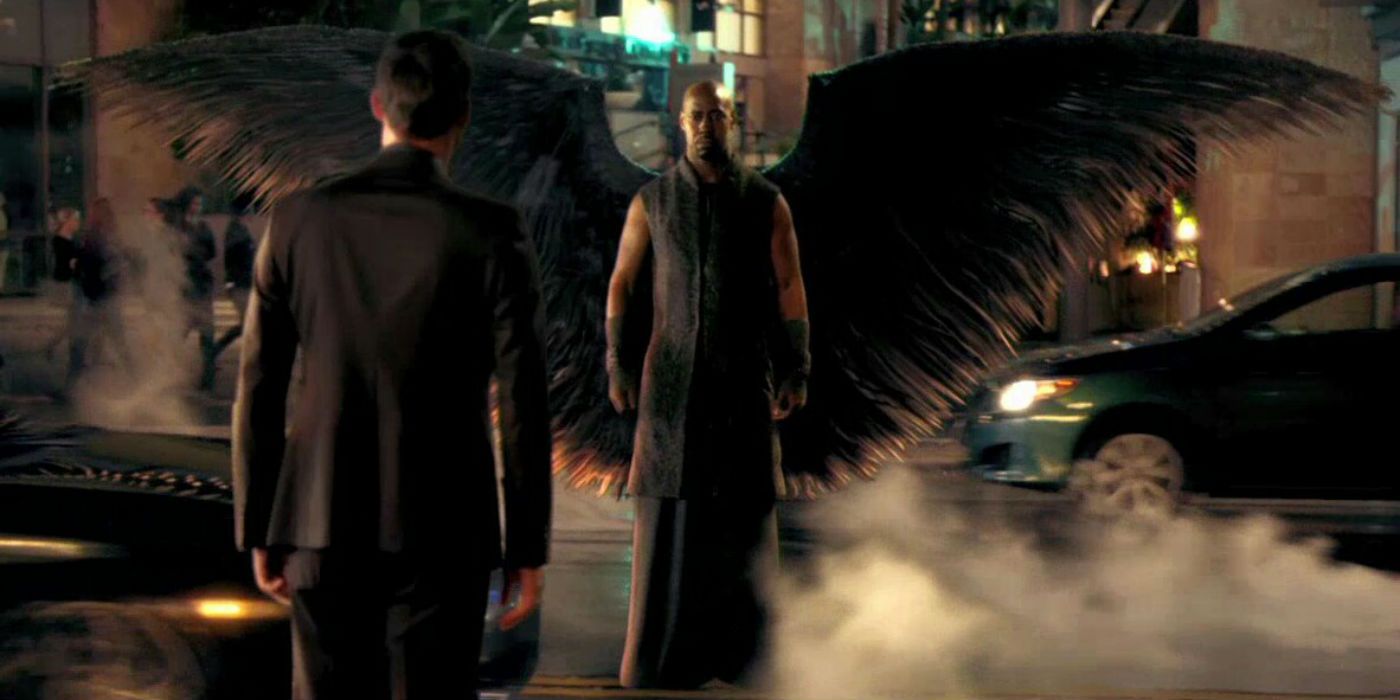 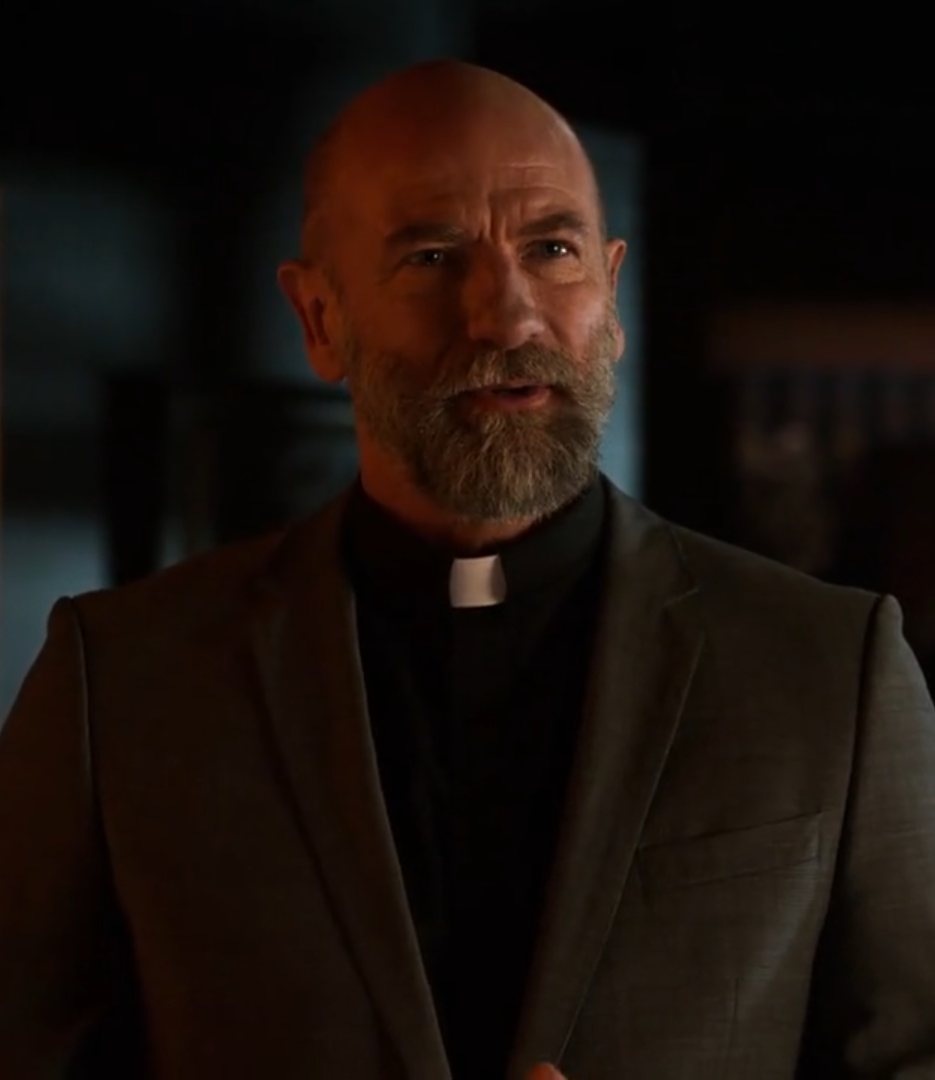 My FAVOURITE character, however, is Ella Lopez, who works in forensics and is quite cheerful and very fun to watch.  Aimee Garcia absolutely nails her.

Scarlett Estevez was quite good – and quite cute – as Chloe’s daughter Trixie Espinoza, who is quite a character.  Her interactions & relationship with Maze help a bit in the latter’s character growth.

The show’s depiction of Hell is also quite original, and if you thing about it, rather sobering and frightening. 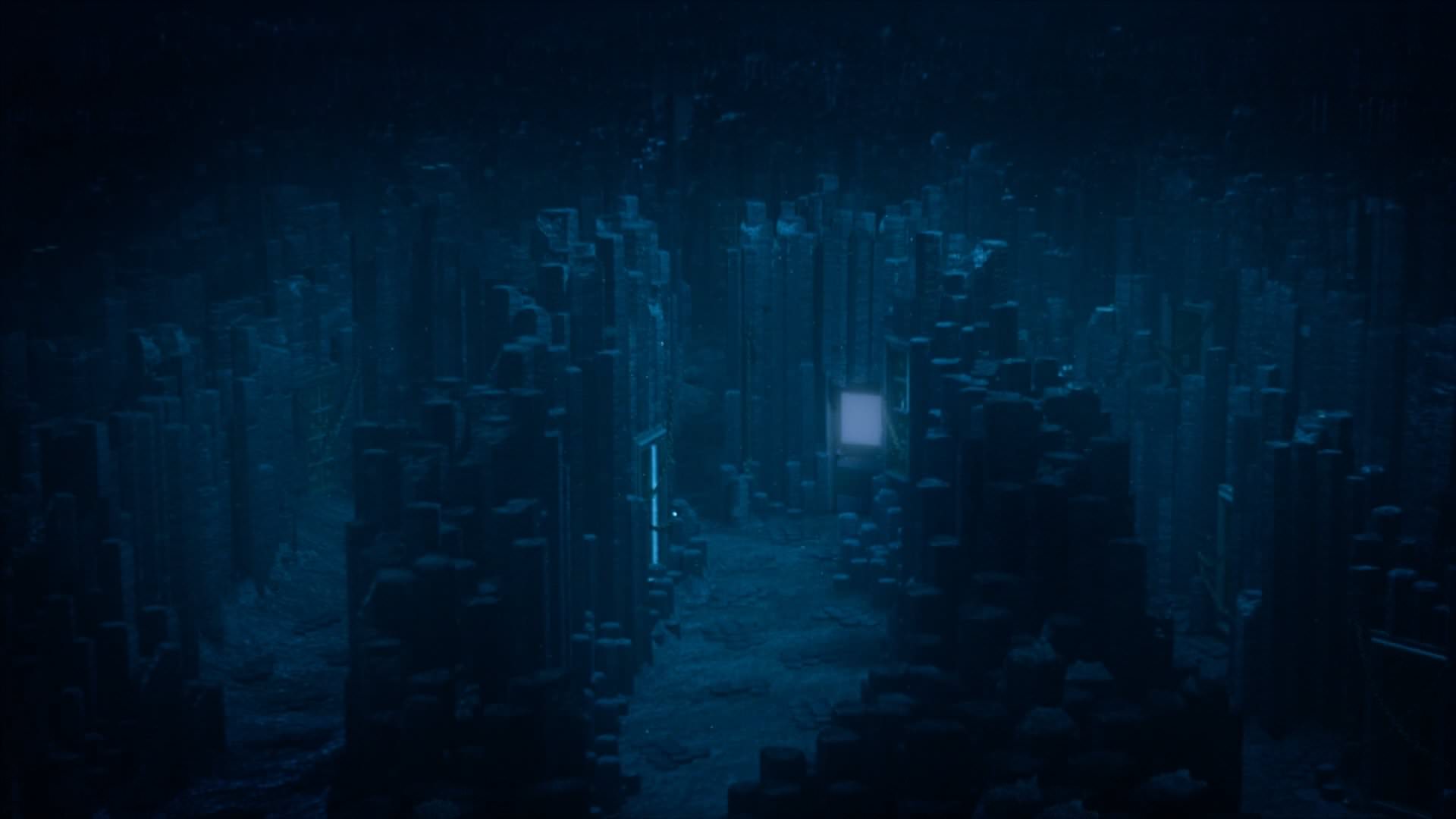 However, I do have some complaints.  Although there are the occasional hints that Jesus possibly exists (most notably the former presence of Lucifer’s Pentecostal Coin, which features the Crucifix on one side and the Pentagram on the other, and Amenadiel’s quotation of the New Testament in one episode) in the Lucifer universe, He still hasn’t appeared yet – although then again, I can’t really see how He’d fit into the show, so maybe it’s for the best.

The other complaint is the first half of Season 3.  The episodes were alright, but below the show’s usual quality.  Marcus Pierce’s story arc wasn’t handled as well as it could’ve been (and the actor playing him, Tom Welling, was initially so-so in his performance).  And the season felt dragged out too long.  However, thankfully, the latter half of the season improved quite a bit, and Season 4 more than made up for any earlier shortcomings.

Parents, be aware: this is NOT a show for children.  Aside from the fact that the main character is the devil (as fictional as this devil is), and another is a demon, there’s a fair amount of violence and strong sexual innuendo (and VERY occasional nudity).  (Thankfully, the violence was never too graphic for me, although that won’t be the case for many.)

And before I forget, I must praise the show’s sense of humour.  The title character almost always provides a few laughs, and there’s always something funny in each episode.  Thankfully, for the most part, the humour is done just right, and is quite enjoyable.

Lucifer is a fun, original, thought-provoking, devilishly clever show that I highly recommend (albeit not to kids).  (Fun fact: it’s actually a DC show – as in, DC Comics.  And while secular in many ways, it is also in many ways a Christian show – and a darn good one at that.) [What do you think of these films?  Be sure to let me know in the comments!  Also, send me your review for any movie, and I’ll post it on this site.]