Welcome to the 38th edition of My Fortnightly Movie/TV Thoughts!  Last fortnight, I reviewed Marvel’s The Avengers (2012) and Iron Man Three (2013).  This fortnight, I’m reviewing:

Those of course are the Australian ratings; in the US, the ratings are:

As usual, I’ll give the trailers and a clip each at the end.  And as usual, I offer the following disclaimer, just to be safe:

Widely considered the weakest of the MCU, I found the second installment in the Thor trilogy to be darker and less family-friendly than the first, but nonetheless a very fun and very solid (and very underrated) movie.

In Asgard, Loki (Tom Hiddleston) is imprisoned for his crimes in The Avengers.  His adoptive brother Thor (Chris Hemsworth), along with Sif (Jaimie Alexander) and the Warriors Three, repel marauders on the planet Vanaheim, one of the Nine Realms.  The Asgardians soon learn that the Convergence approaches; a rare alignment of the Nine Realms, during which portals between the world often open at random. 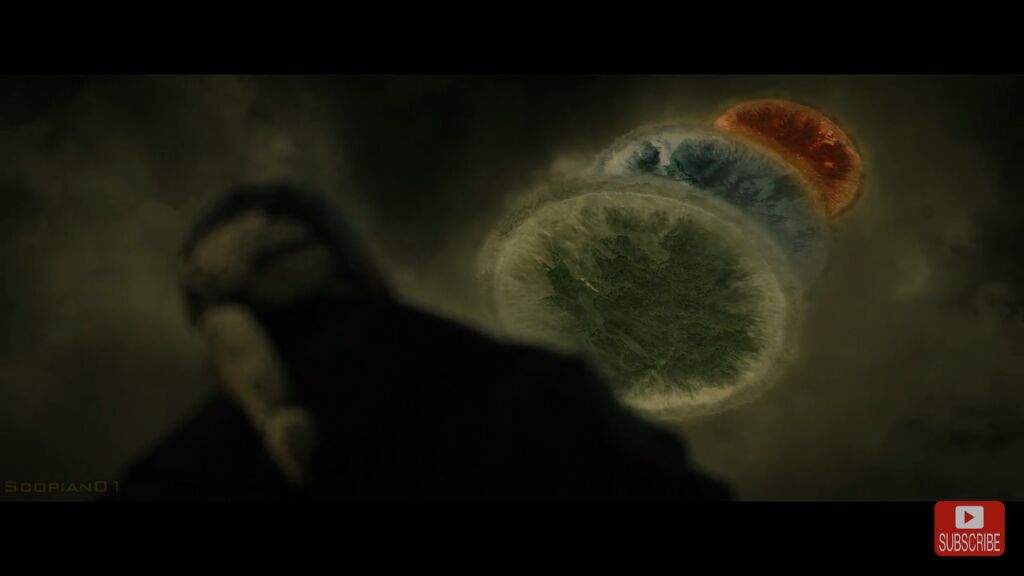 In London, Dr Jane Foster (Natalie Portman) discovers such a portal in an abandoned factory, and is teleported to a mysterious world where she reawakens and absorbs the Aether.  Thor comes to her aid when the almost-all-seeing Heimdall (Idris Elba) loses sight of her, but she releases an unearthly force, and Thor takes her back with him to Asgard.  Meanwhile, Jane’s actions have accidentally awakened the last Dark Elves from their millennia-long slumber, who begin to hunt for the Aether to bring about the end of the universe to restore it to its prior darkness. 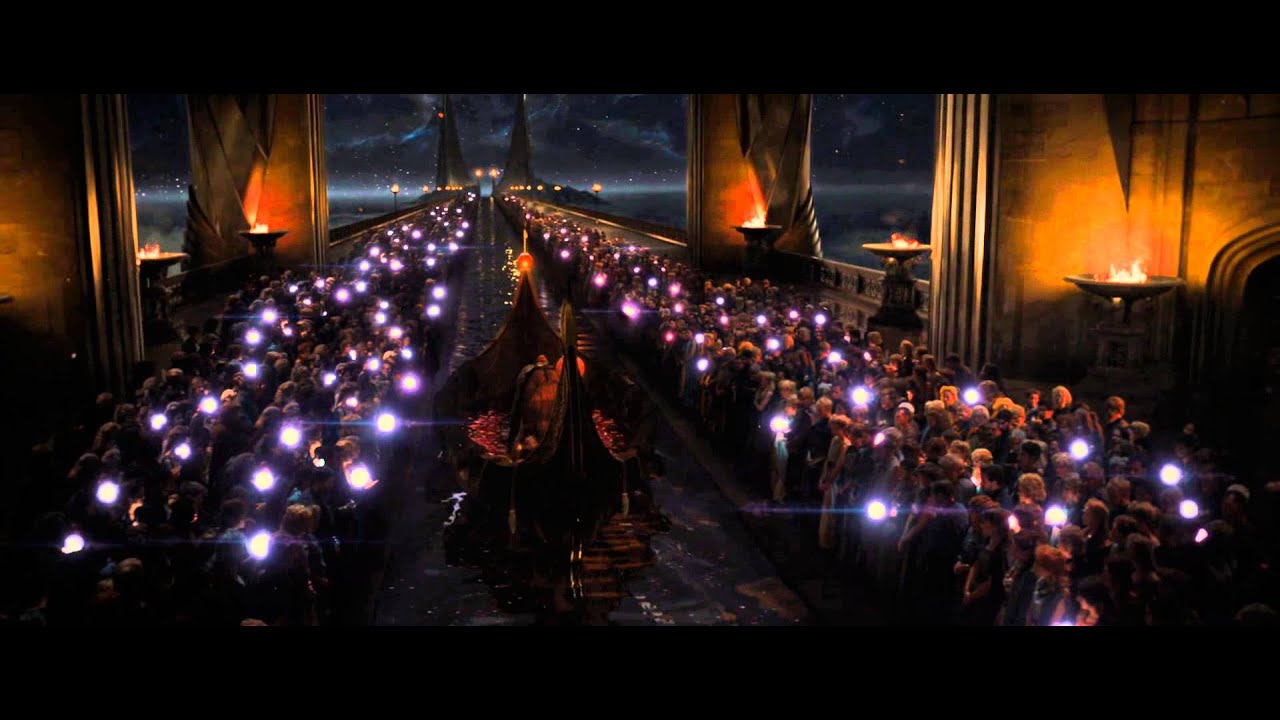 One of my favourite things about Thor was how much it expanded the MCU universe.  Although no subsequent installment could add quite as much to the MCU as Thor did, The Dark World still manages to add even more, expand the Marvel mythology – to the origin & early history of the universe, as well as its species, and its worlds.  Which I quite enjoyed! 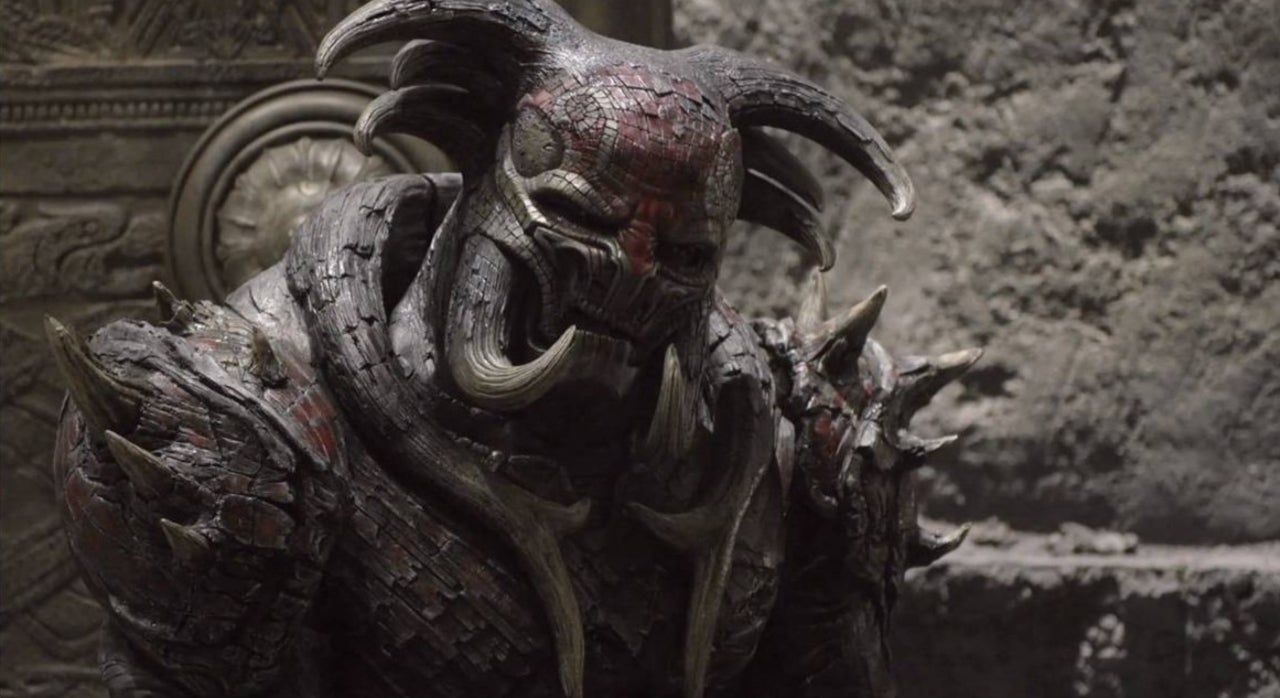 I was once again pleasantly surprised by how much the movie was based on Norse mythology.  In addition to most of the mythology-based elements from the first film, The Dark World‘s main antagonists – the Dark Elves – are taken straight from Norse folklore.  We also get to see more of the Nine Realms (particularly Vanaheim), which are also taken from Norse mythology.

Speaking of which, I think the Dark Elves very underrated villains.  They’re very formidable, physically menacing antagonists whom I enjoyed watching – AND they posed  by far THE biggest threat to the universe (to the universe’s VERY EXISTENCE) in the entire MCU until Thanos in Avengers: Endgame.  While they don’t feel like quite as great a threat as some of the other MCU villains – probably due to being a Thor-only movie, rather than an Avengers movie – they stand alongside Thanos in terms of threat posed.

Christopher Eccleston provides a fantastic and sinister (and unrecognisable) lead villain in the form of Malekith, the leader of the last remaining Dark Elves who had led the unsuccessful attempt to destroy the universe 5000 years ago – and is attempting to do so again.  His character is made even scarier by the fact that he could do it, and almost did. 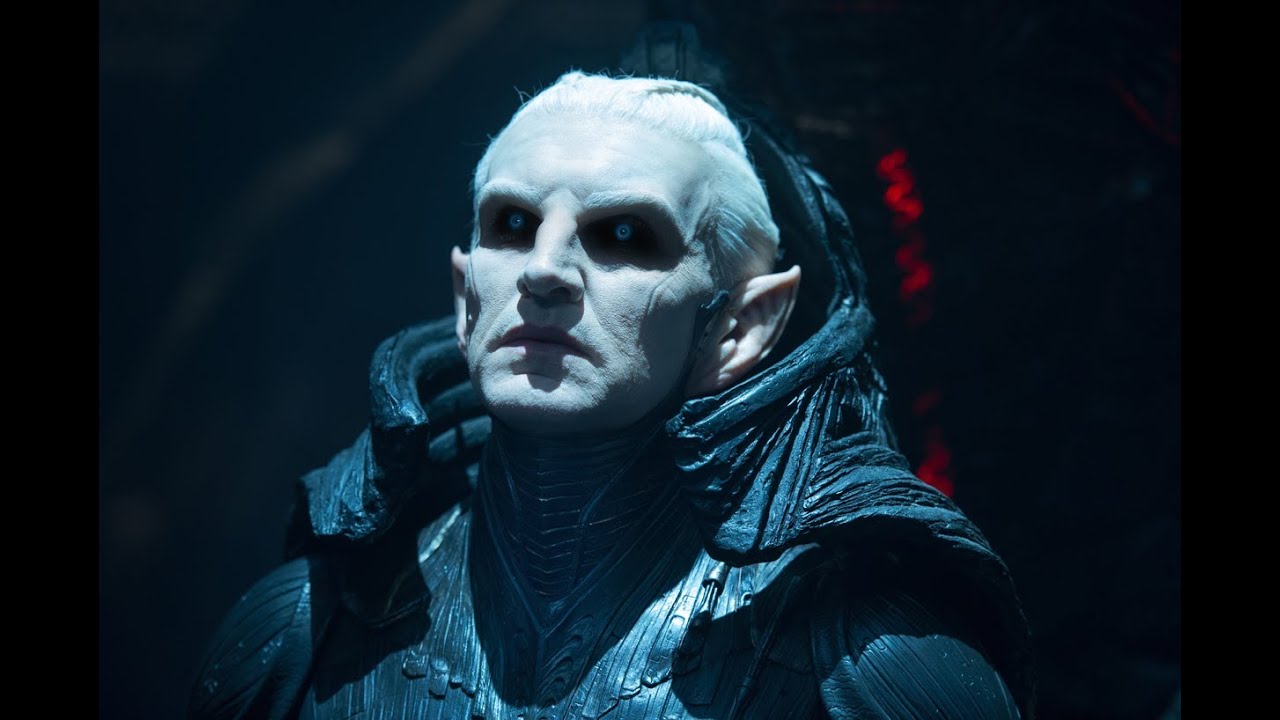 Adewale Akinnuoye-Agbaje strikes a posing figure as Algrim, Malekith’s second-in-command, who transforms into the monstrous Kursed through a Kursed Stone. 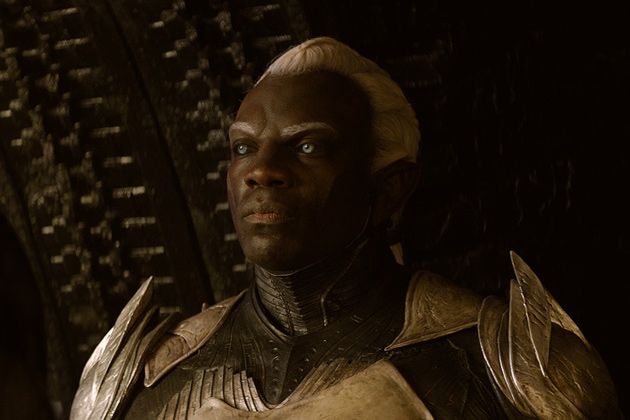 Chris Hemsworth once again provides a solid performance as Thor, heir to the throne of Asgard whose love interest accidentally absorbs the Aether, thus drawing him into the battle to save the universe. 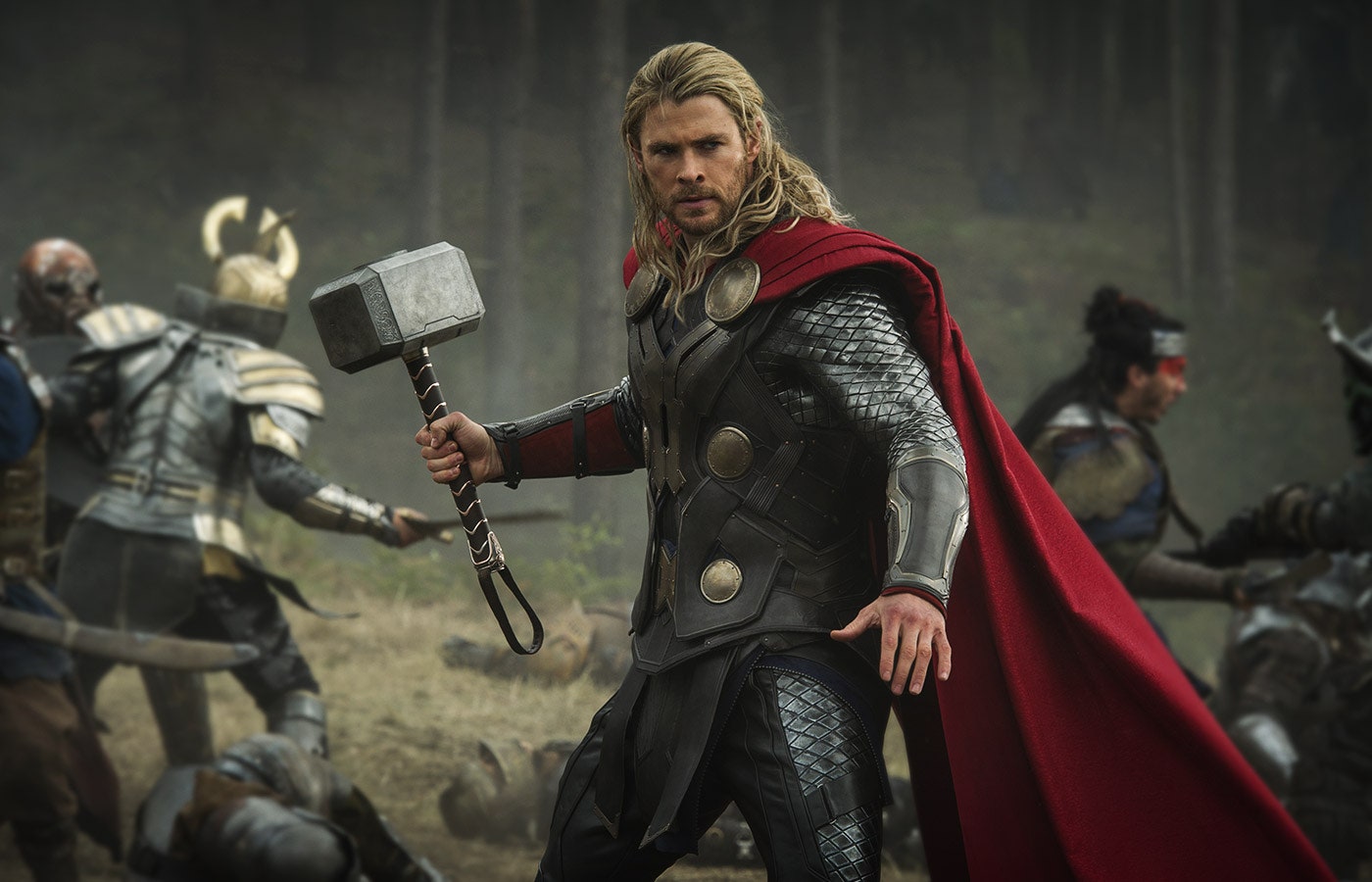 And I once again quite liked Natalie Portman as Jane Foster, a human scientist and Thor’s love interest, who discovers a portal to the Aether’s hidden resting place, thus becoming the focus of the Malekith’s plot.  (And I still love Jane & Thor.) 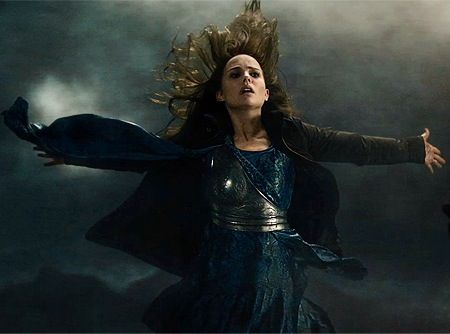 Anthony Hopkins is once again fantastic as Odin the Allfather, King of Asgard – who doesn’t want mortals on his city-planet.

Rene Russo is again excellent as Odin’s wife Frigga, Thor’s mother and the Queen of Asgard.

A special commendation goes to Tom Hiddleston’s excellent reprisal of Loki, bring quite a bit more grey – and even sympathy – to the role than in his previous appearances, and beginning Loki’s move away from being a villain (at least an outright villain).  I liked the relationship between Loki and his adopted mother Frigga, SPOILER ALERT and his reaction to his mother’s death is one of his best character moments END SPOILER.

I also liked Stellan Skarsgård’s return as Dr Erik Selvig, who is still recovering from the psychological effects of having Loki in his head, but who nonetheless recognises the threat of the Convergence before anyone else.

Even though he only appeared in one scene, Tony Curran was fantastic as the badass Bor, Odin’s father and predecessor as King.  I hope I’m not the only one who would like a series based around Asgard’s wars.

The film’s action sequences are awesome, and the special effects are fantastic.  It’s a visually beautiful film.  It also never loses sight of its sense of fun, and makes great use of Marvel’s trademark sense of humour. 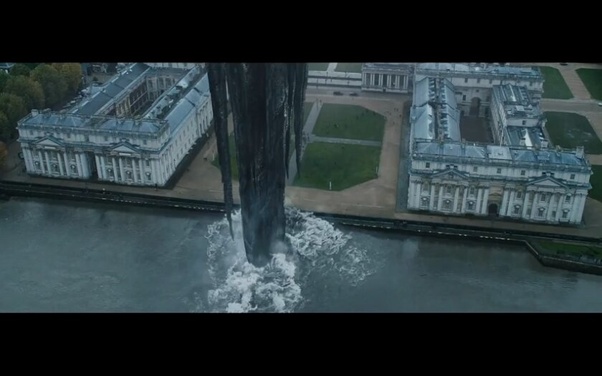 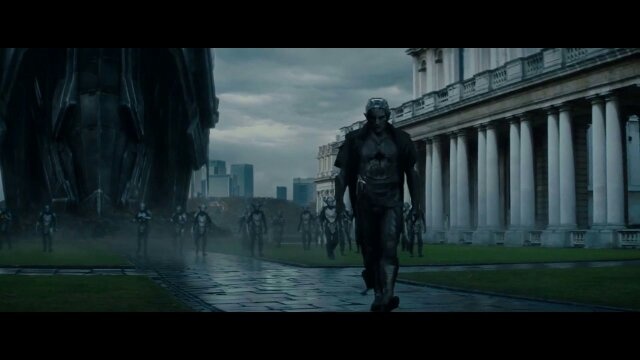 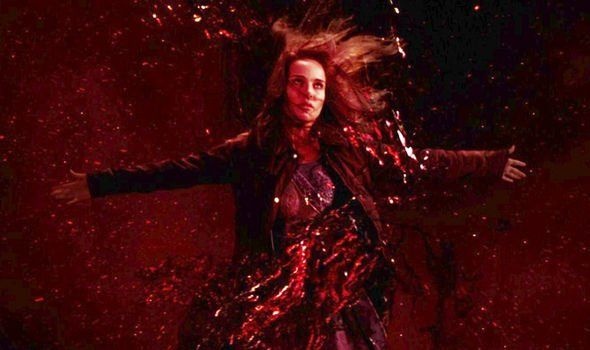 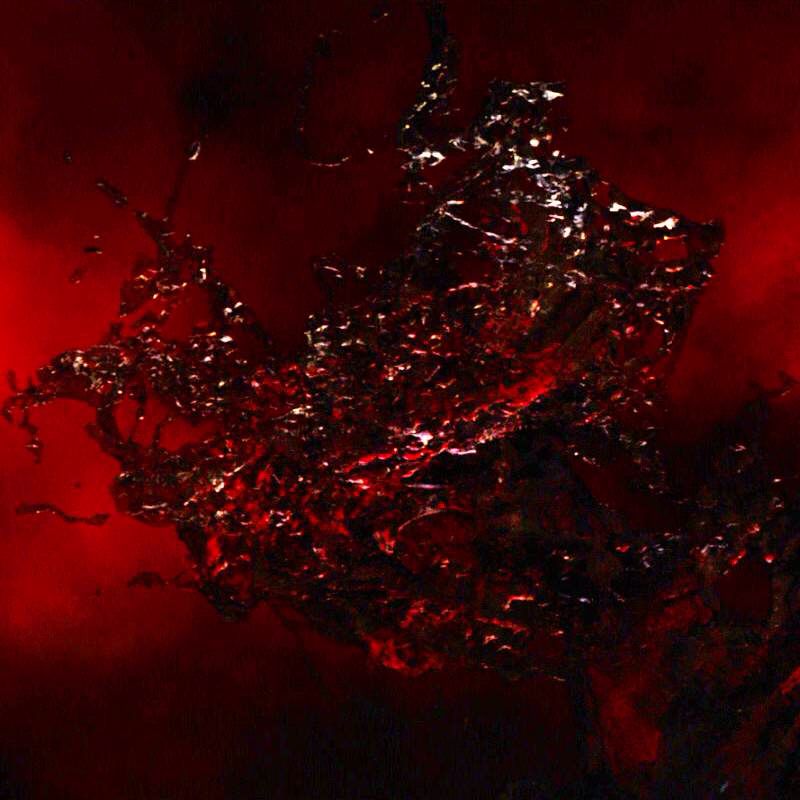 Thor: The Dark World is a dark, fun & exciting continuation of the God of Thunder’s story – and a very underrated one, too.  (And as usual, don’t forget to stick around ’til the end of the credits.) 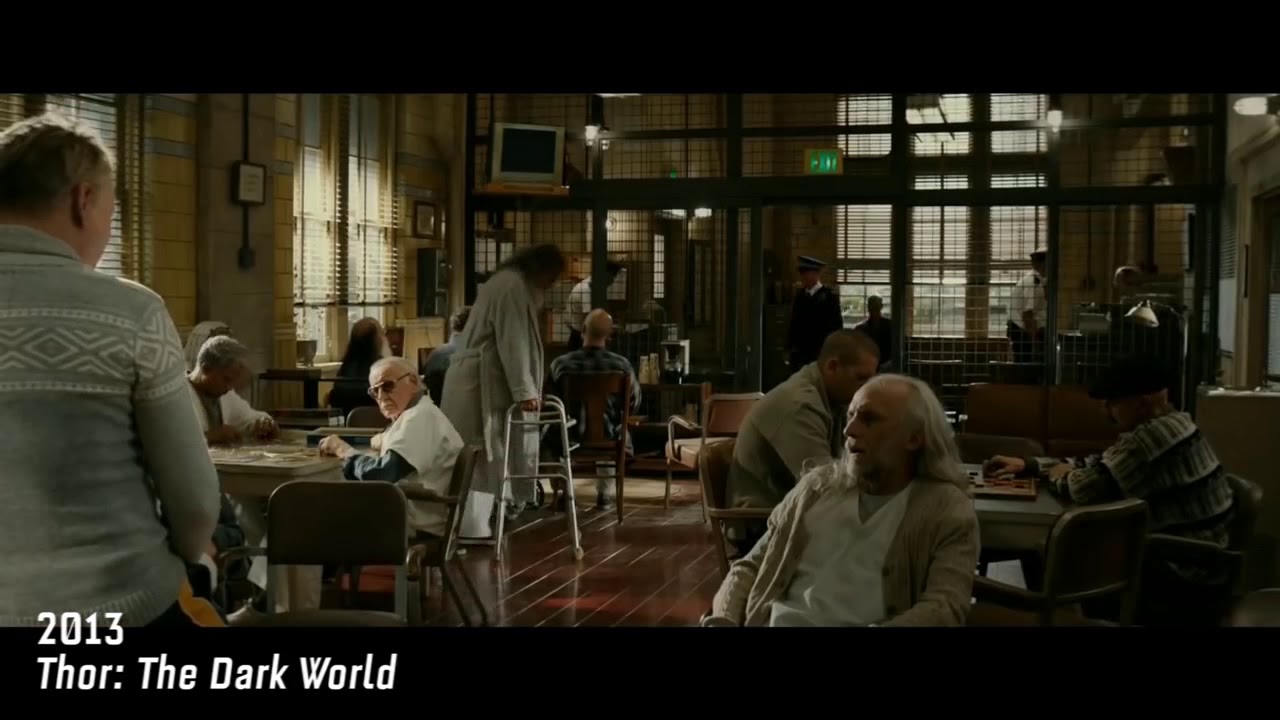 The intense second installment in the Captain America trilogy is one of the best films in the entire franchise. 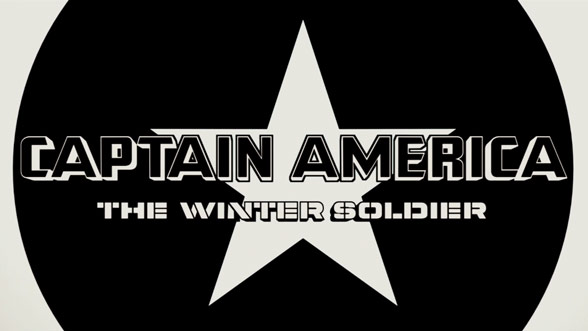 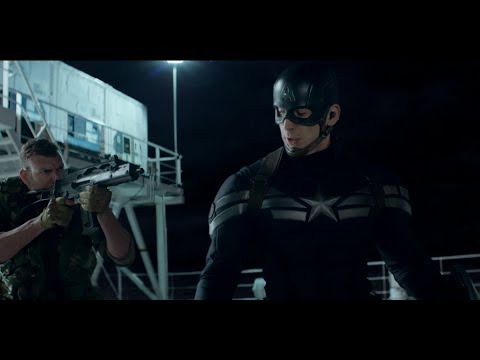 Unable to decrypt the data recovered by Romanoff, Fury becomes suspicious about Insight and asks senior S.H.I.E.L.D. official and Secretary of Internal Security Alexander Pierce (Robert Redford) to delay the project. On his way to rendezvous with Agent Maria Hill (Cobie Smulders), Fury is ambushed by assailants led by a mysterious assassin called the Winter Soldier (Sebastian Stan). Fury escapes to Rogers’ apartment, and warns Rogers that S.H.I.E.L.D. is compromised. Fury is gunned down by the Winter Soldier, before handing Rogers a flash drive containing data from the ship. Fury is pronounced dead during surgery, and Hill recovers the body. The next day, Pierce summons Rogers to the Triskelion. When Rogers withholds Fury’s information, Pierce brands him a fugitive, and Steve finds himself on the run. 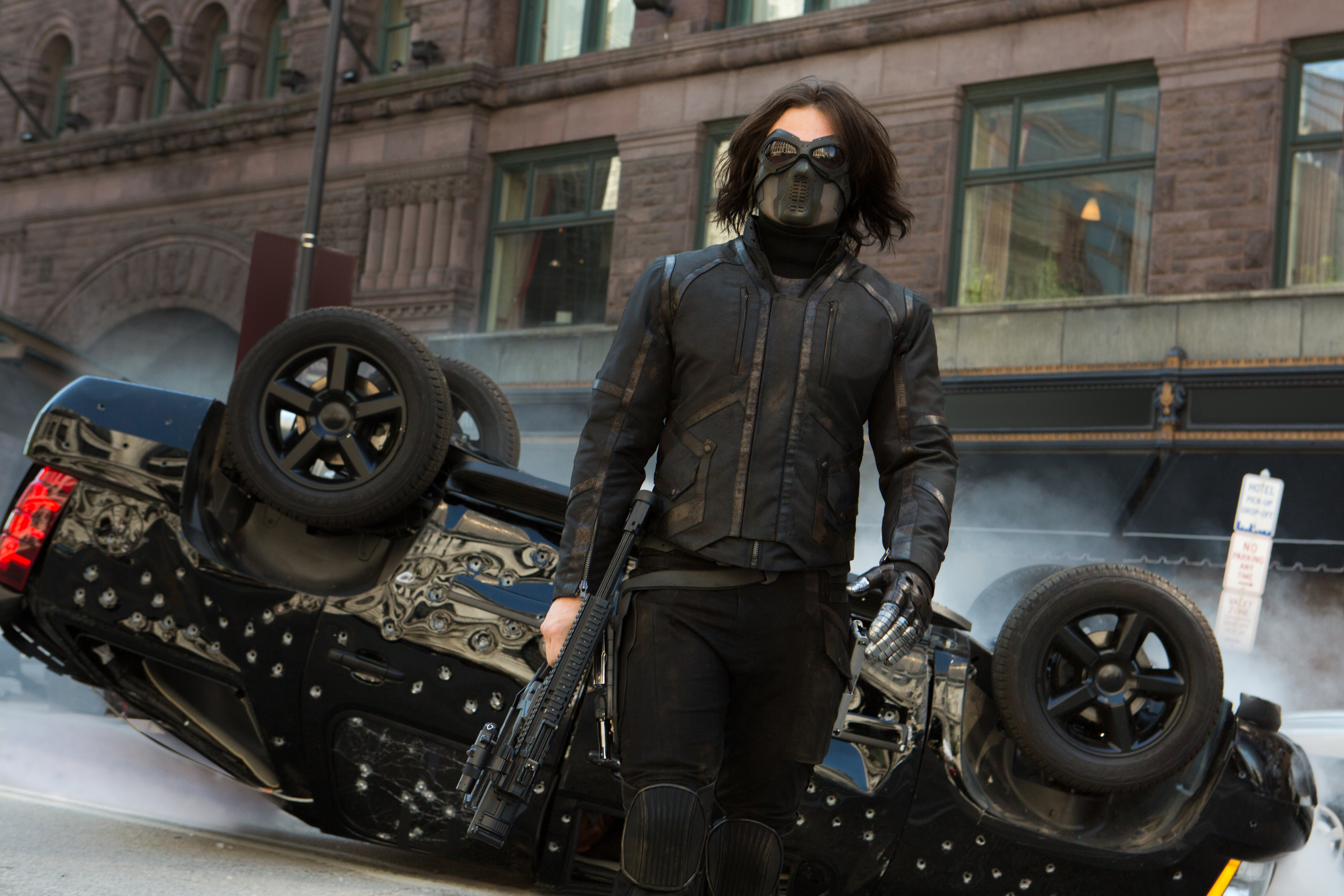 Winter Soldier is quite a change of tone and genre to the other MCU movies, and Marvel movies in general.  It’s a gritty political spy thriller that explores relevant (and controversial) political themes about government, surveillance and a police state – and gets the answers right.  It’s especially relevant to conspiracy theorists.

And it is gritty.  While not graphic, the action sequences are quite intense and may disturb some younger viewers.  At the same time, they’re also incredibly thrilling and edge-of-your-seat, so I’m not really complaining.

Dammit, I’ve already covered the film’s best aspects in only two paragraphs!  It’s quite excellently executed, with several surprising twists and turns.  The stakes, as usual, are quite high – albeit in a different way.

Chris Evans is fantastic in his return as Steve Rogers, more popularly known by his World War II nickname Captain America, who’s still dealing with his emotional baggage – which doesn’t exactly get easier as the film progresses (unfortunately, that’s spoilers, so I can’t say why).  He perfectly fits the role.

The real star, however, is Sebastian Stan, who is perfect for the role of the Winter Soldier, one of the franchise’s better villains/characters.  The Soldier’s on-screen presence is handled quite well in a gradual reveal that ends up quite shocking.  He’s also quite an intimidating figure.

Samuel L. Jackson is once again perfect in his reprisal of Nicholas J Fury, Director of S.H.I.E.L.D. and founder of the Avengers – and victim of the Soldier. 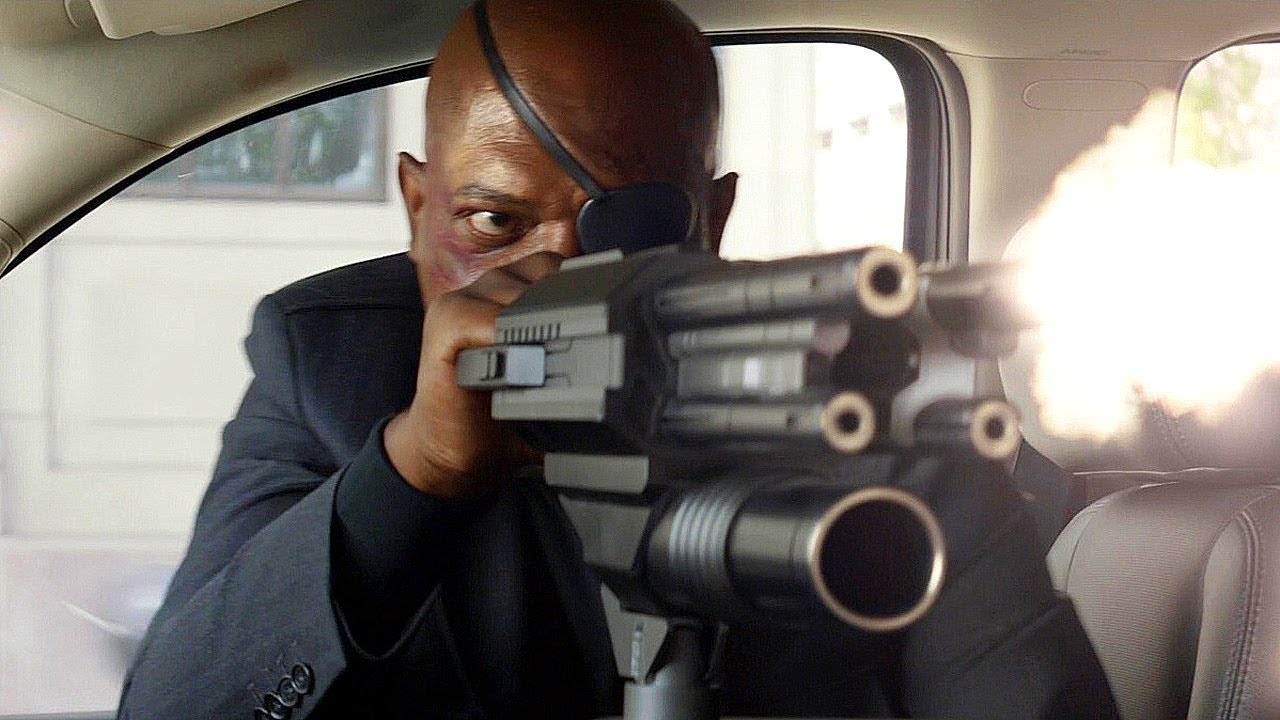 I also rather liked Scarlett Johansson’s return to the role of Natasha Romanoff – aka Black Widow – and liked the depth given her character. 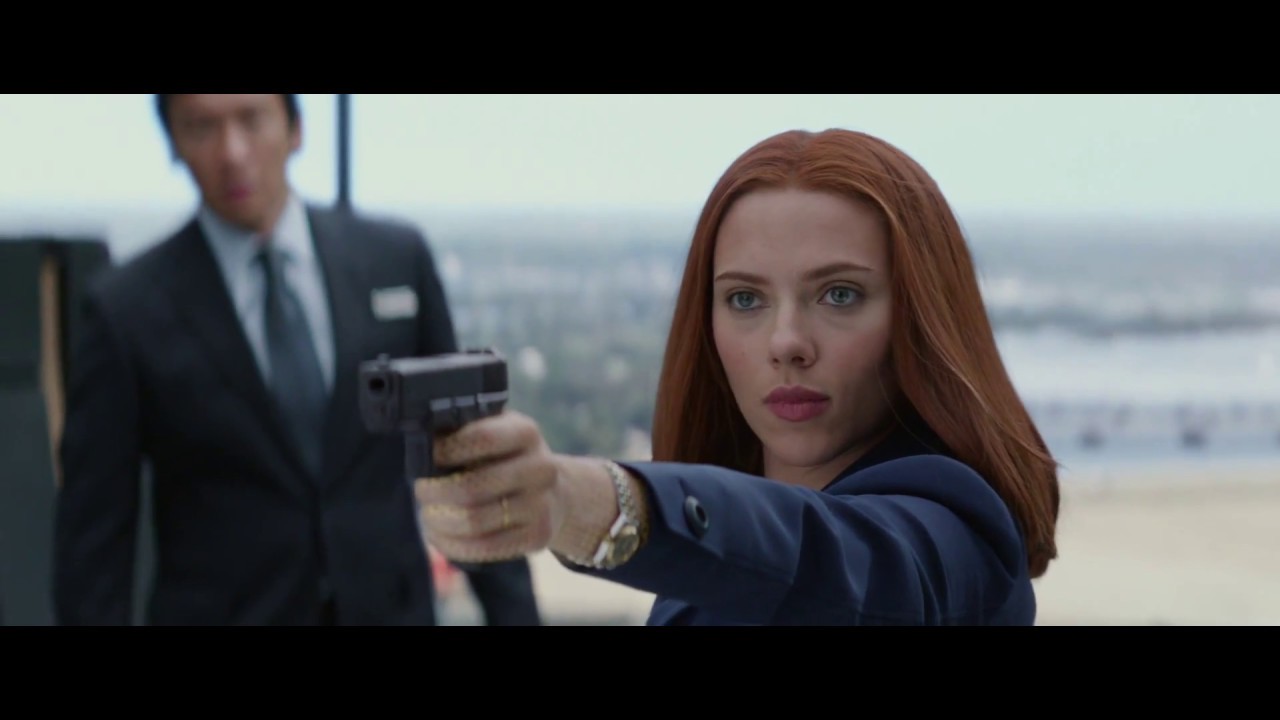 Robert Redford is quite suitable for the role of Alexander Pierce, a senior official in S.H.I.E.L.D. connected to Project Insight.

Captain America: The Winter Soldier is one of the MCU’s best (and most interesting) installments to date.