Welcome to the 42nd edition of My Fortnightly Movie/TV Thoughts!  Last fortnight, I reviewed Doctor Strange (2016) and Guardians of the Galaxy Vol. 2 (2017).  This fortnight, I’m reviewing:

Those of course are the Australian ratings; in the United States, these films are rated:

As usual, I’ll give the trailers at the end of the post, followed by a clip each.

I’m an enormous fan of the MCU (obviously), Raimi’s Spider-Man trilogy (particularly the first two films), and The Amazing Spider-Man duology, and Spider-Man: Into the Spider-Verse.  Plus, I liked the character’s introduction in Captain America: Civil War.  So, needless to say, I was hyped for this movie!  While it’s not the MCU’s best, if you’re not expecting something on the scale of its predecessors (and successors), it’s a fun adventure. 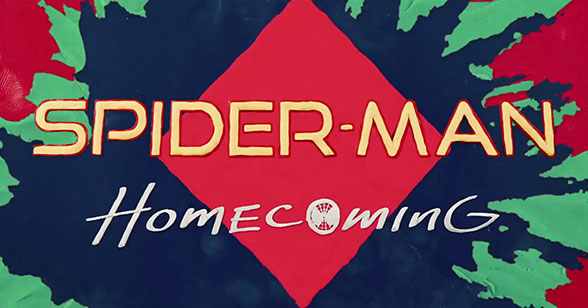 In 2012, following the events of The Avengers, Adrian Toomes (Michael Keaton) and his salvage company are hired to clean up New York City, but are pushed aside by Tony Stark (Robert Downey Jr) and the government.  Bitter at being driven out of business, Toomes and his colleagues secretly keep the Chitauri technology they’ve already salvaged and use it to create and sell advanced weaponry. 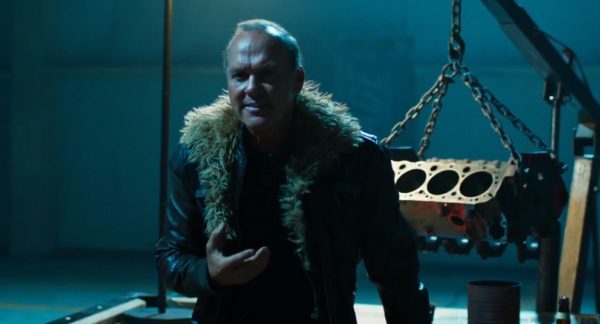 5 years later, after the events of Civil War, Peter Parker (Tom Holland), whose secret alter-ego is the superhero Spider-Man, juggles attending school with fighting crime – and reporting his activities to Happy Hogan (Jon Favreau).  His best friend Ned (Jacob Batalon) discovers his identity, and he begins to have run-ins with Toomes’ men – and Toomes himself, as the Vulture – and begins to get an idea of what’s going on. 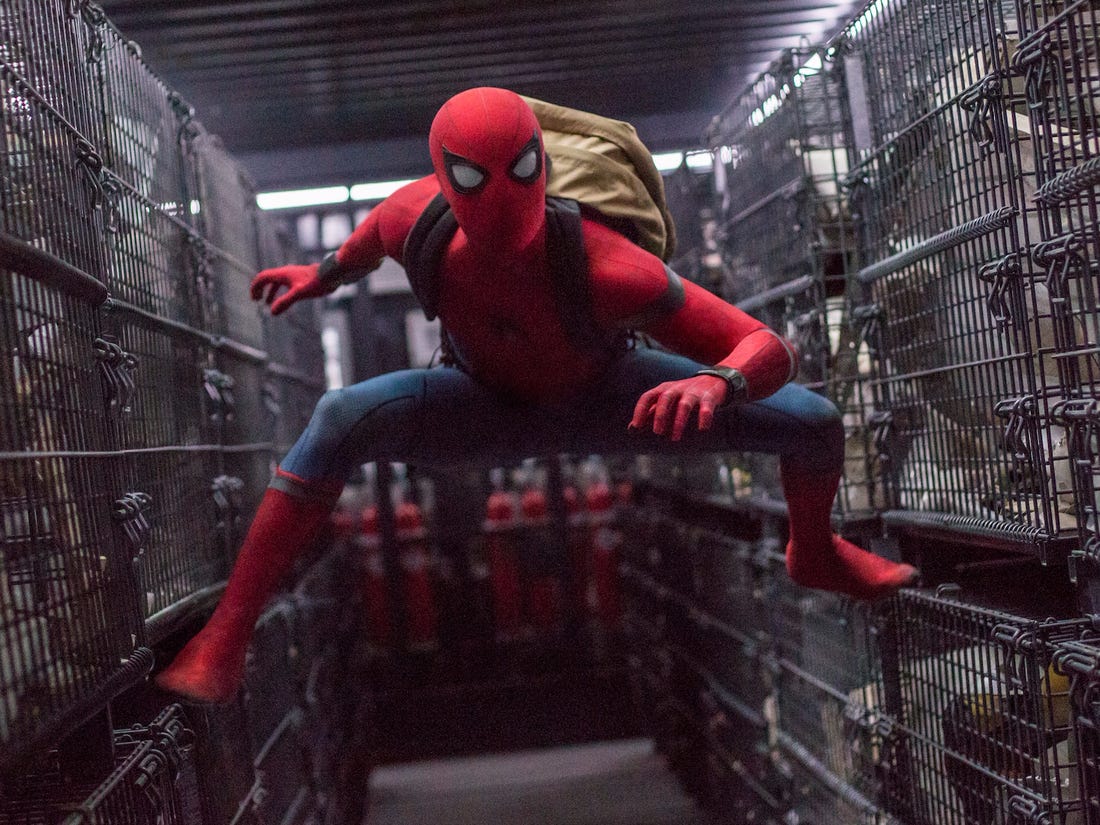 I must admit that I was expecting something a tad bit “larger” from the movie, considering the ones that came before it – both in the MCU and the previous Spider-Man movies.  As a result of my expectations, I was disappointed the first time I watched Homecoming.  However, upon rewatch – and thinking it over – I’ve found that while it does detract slightly, I rather like it. 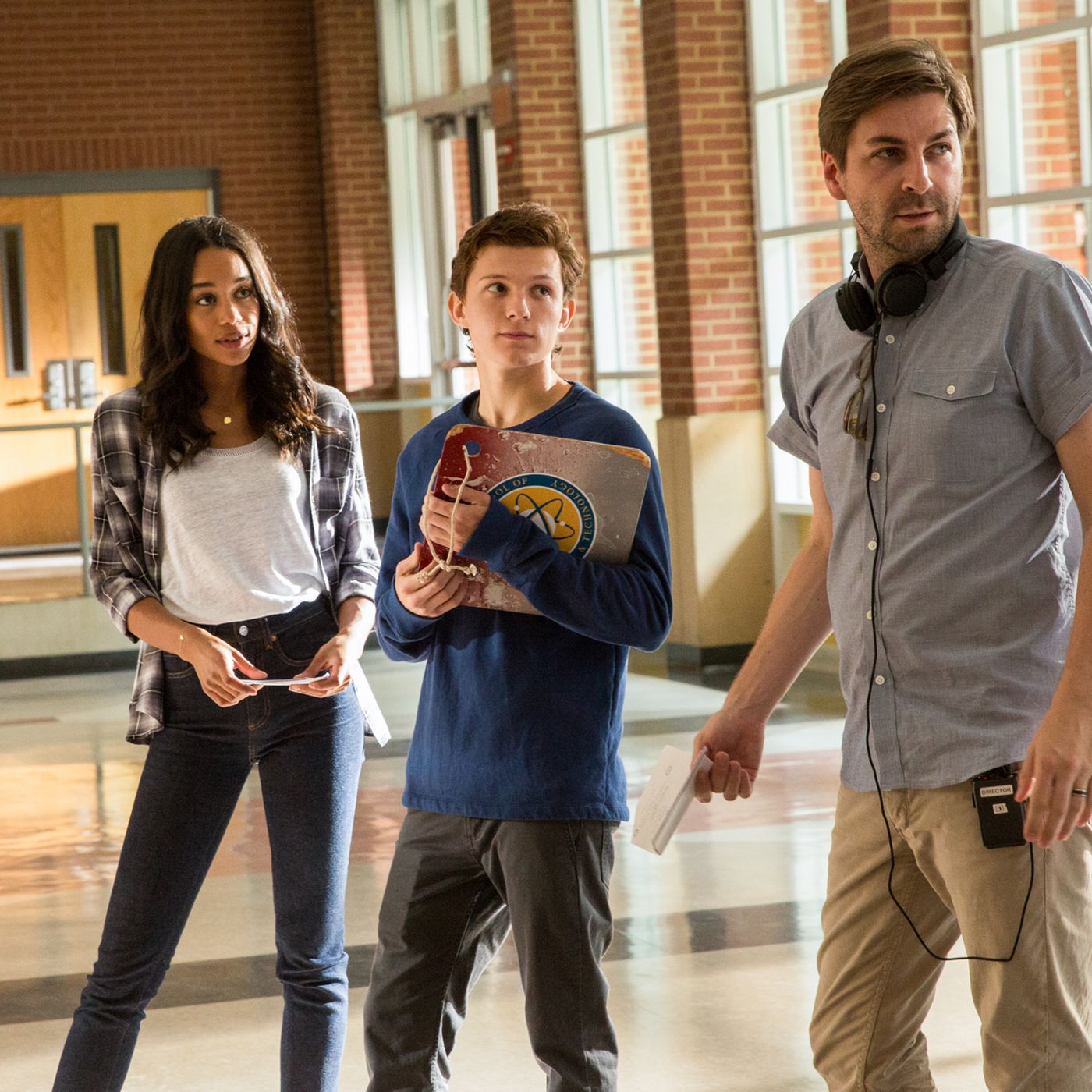 Like Ant-Man, Spider-Man‘s smaller scale is kinda refreshing.  Rather than focus on epic battles with worlds at stake, it’s a high school drama interwoven with a black market crime plot – and a bit of teen comedy. 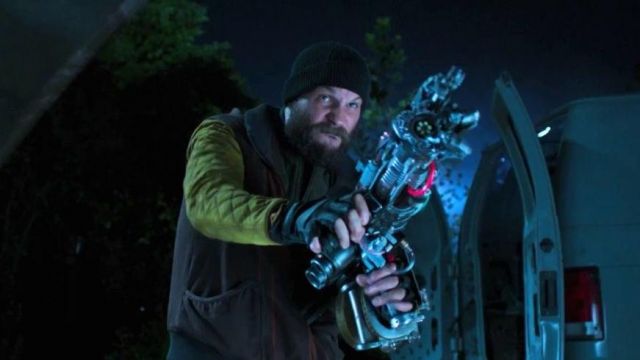 Tom Holland proves himself to be the perfect choice to play Peter Parker, the teenage superhero otherwise known as Spider-Man, possibly outshining Tobey Maguire and Andrew Garfield – and that says A LOT, considering how great those two were in the role – making him a candidate for the best Spider-Man to date.  He’s funny and awkward and feels like a genuine teenager. 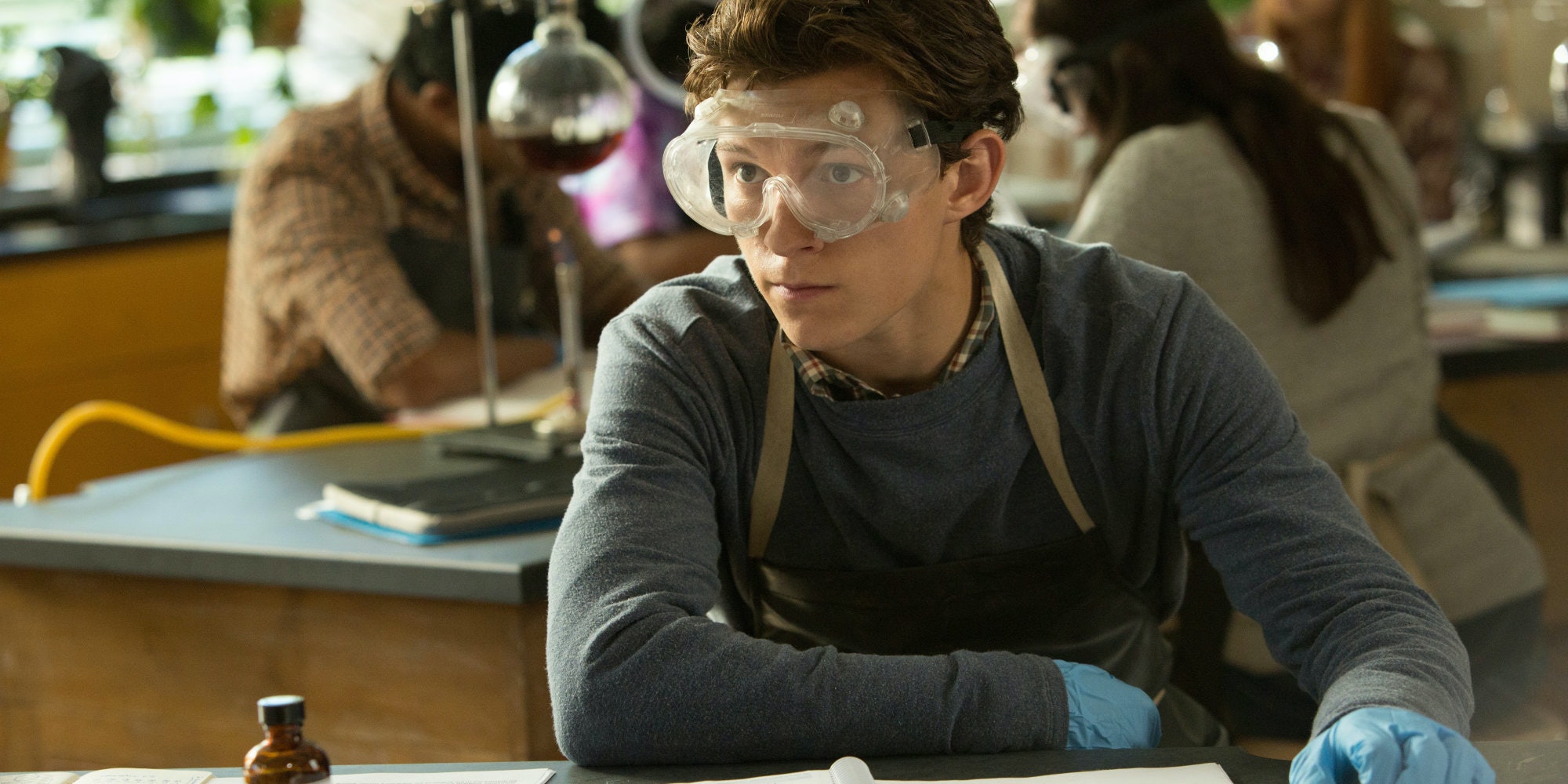 Michael Keaton is stellar as Adrian Toomes, otherwise known as Vulture, a salvage guy in need of cash who becomes a black market dealer and villain thanks in part to Tony Stark (what is it with him and creating villains?).  He’s one of the more authentic and realistic MCU villains, and is one of the few who could exist in real life.  He’s a grey character who walks a fine line between being excusably on the wrong side of the law to feed his family, and being an outright criminal. 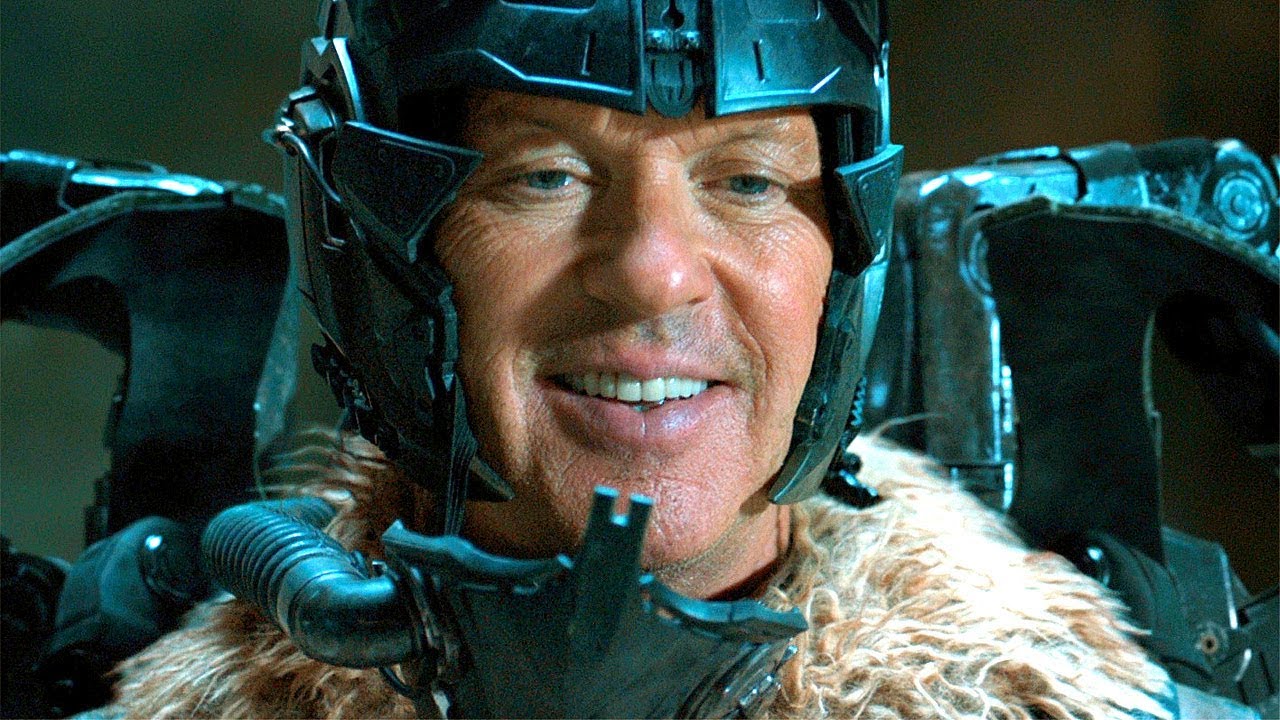 Jacob Batalon is fun – and nerdy – as Peter’s best friend Ned, who goes full-on nerd when he discovers his best friend is a superhero.  Like Holland, he feels like a real teenager. 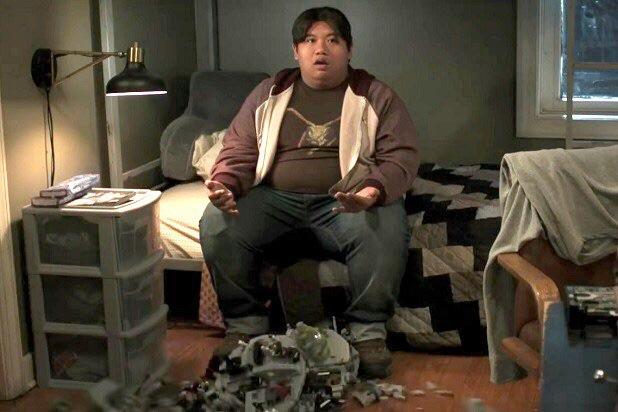 Jon Favreau is great as Happy Hogan, a Stark employee who is in charge of keeping an eye on Peter – and really doesn’t want to. 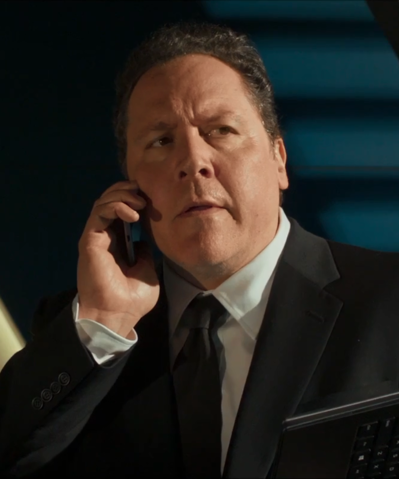 And when the movie gets into the action, it’s pretty exciting! Spider-Man: Homecoming is a fun teen high school drama and smaller-scale superhero movie.

The third Thor movie amplifies the fun of the previous two tenfold, while introducing one of the best of the mini-franchise’s non-Loki villains – a pretty damn satisfying film!

Two years after the events of Age of Ultron, Thor (Chris Hemsworth) is a prisoner of the fire demon Surtur (Clancy Brown), but manages to escape. Upon reaching Asgard, based in part on what Surtur told him, he exposes his father King Odin as being in fact Odin’s younger son Loki (Tom Hiddleston) in disguise. He then forces Loki to take him to the real Odin (Anthony Hopkins), who was hidden on Earth, encountering Doctor Stephen Strange (Benedict Cumberbatch) along the way.

Odin reveals that he has an older daughter, Hela (Cate Blanchett), goddess of death, whom he banished to Hel when her ambition grew too great – and that as a result of his weakening, she is about to break out. Odin dies, and Hela escapes and attacks Thor and Loki. Thor and Loki try to escape back to Asgard through the Bifrost, but Hela follows them and pushes them both out the side. Thor and Loki wind up on the trash planet Sakaar, where the former is kept as a gladiator by the Grandmaster (Jeff Goldblum). Hela quickly subdues Asgard and massacres its army, taking the throne and growing in strength and power.

Ragnarok is the most fun Thor movie to date. Whereas the first two movies are exciting with a sense of fun, Ragnarok is fun with a sense of excitement. The movie is full of jokes, gags, laughs and light-hearted moments, and yet is never burdened by it, nor does it detract from the film.

At the same time, the movie has great action, from the opening scene where Thor battles the fire demons on Muspelheim, to his and Loki’s fights and battles with Hela and her henchmen, to the gladiator scenes. It’s kick-ass.

Like the previous Thor films, I like how Ragnarok takes Norse mythology and turns it into a fun superhero movie – in this case, the prophecy of the end of the world – Ragnarok. The film is excellently plotted, excellently scripted, and excellently executed. There are several surprises and revelations. And like Marvel’s previous space-based movies, it expands the franchise’s fictional universe – always a plus for me.

Cate Blanchett provides a spectacular performance as the film’s main villain, Hela, Odin’s firstborn and the rightful heir to the throne of Asgard. Imprisoned in Hel for millenia, she escapes after Odin’s death, intent on reclaiming her former bloody glory. As the Goddess of Death, she is nearly completely invincible and unstoppable; a truly great villain.

Chris Hemsworth once again provides a fantastic performance as Thor, God of Thunder, Odin’s middle child (youngest biological), who finds himself trapped on the planet Sakaar while Hela brutally cements her hold on his home planet. He goes full circle in this movie: the strongest Avenger and one of the most famous Norse gods reduced to just another prisoner/gladiator who feels like he failed, before returning to glory.

I particularly liked the climatic confrontation between Hela and Thor; especially when Hela had Thor pinned down, reminding him she’s the goddess of death.

Tom Hiddleston once again gives a fantastic performance as Loki, god of mischief, Thor’s adopted brother, who cements his status as a lovable anti-hero. It was especially fun seeing him and Thor teaming up.

Director Taika Waititi also provides a great voice to Korg, a prisoner on Sakaar who befriends Thor. Soft-spoken, but a tough fighter.

I also really liked Tessa Thompson as a scavenger on Sakaar, SPOILER ALERT who turns out to be a Valkyrie who fought Hela END SPOILER. A woman who’s been to hell and back.

And let us not forget the great Jeff Goldblum’s great performance as the Grandmaster, the millions-of-years-old cruel overlord of Sakaar, and a bit out of touch with his people. Like everything he does, genius!

I also thought Clancy Brown was fitting as the voice of Surtur, the fire demon from Muspelheim who wishes to bring about Ragnarok – the end of Asgard.

Mark Ruffalo also made a great return as the Hulk, otherwise known as Dr Bruce Banner, who has been stranded on Sakaar as a gladiator for the past two years.

And as usual for a Marvel film, the visuals are fantastic.

Ragnarok is the best Thor film to date. And absolutely DO NOT miss the credits scenes – one of them leads directly to Infinity War!

2 thoughts on “Spider-Man and Thor”