You will find in the Bible and in innumerable ancient legends references to giant; humanoids who were (often much) taller (and stronger) than normal.  (Gigantism – where a person is abnormally large, but weak – is entirely different.)  They often have a supernatural origin, the result of a union between supernatural beings and human women.  The Bible calls them the Nephillim and Rephaim.  The Greeks called them the Titans.

They don’t fit into Evolution, and so are generally regarded as myths.  However, there is direct evidence – PHYSICAL evidence – that they were (and probably still are) very real.  The following is an article titled Traces of Giants Discovered Worldwide from Tales from Out There: 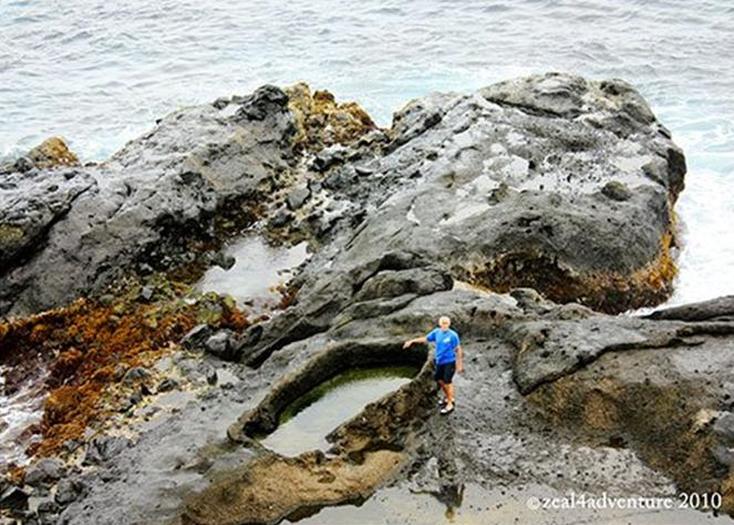 The skeletons of giants were removed; whenever a new one appears the bones are quickly removed; they are carried far away to big hangars hidden from the public eye  or are destroyed.

The Bible speaks of the existence of giants in ancient times, but today we can only approach that reality through their fossilized footprints, of ancient paintings or carvings on which they appear.
​
We also have the old stories that speak of huge skeletons found , but it is difficult now to know which images of giant skeletons are true and which are false, as there is people dependent on institutions or companies controlled by the occult elite, which controls the information that comes to light; these people includes false images on the network so that we will not have certainty with any of them and will doubt everything.

Traces on stone
In India

Footprint in Malasya
of Botswana 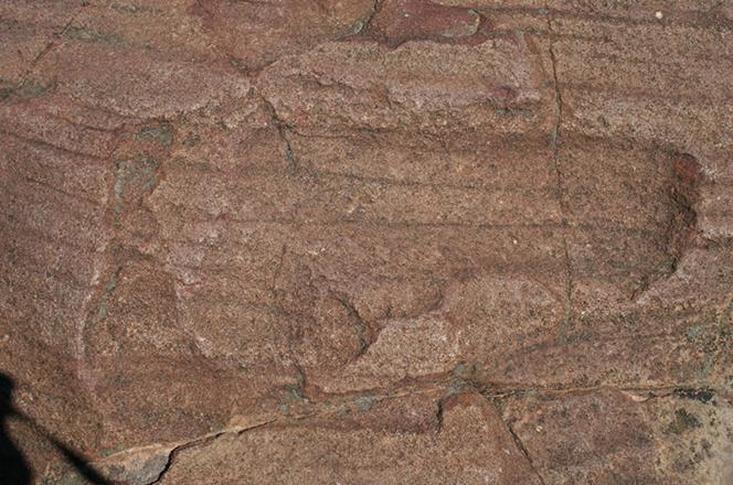 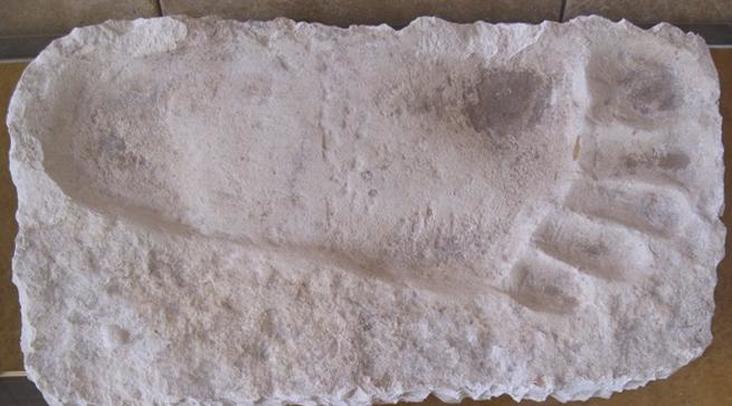 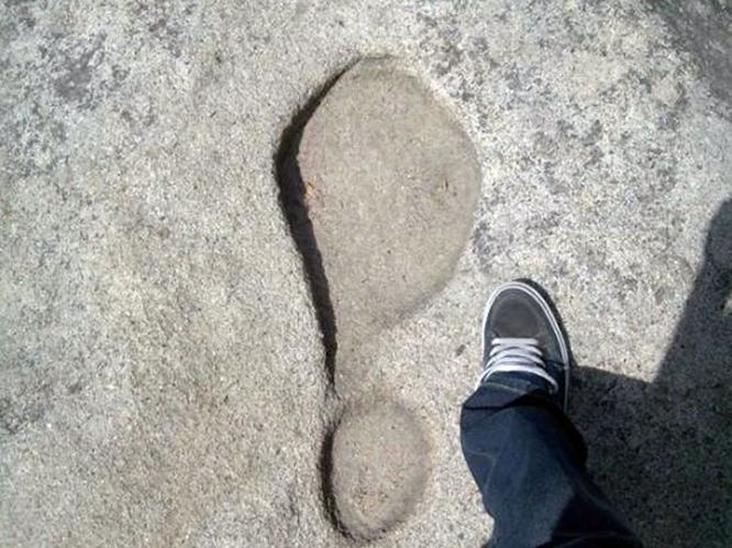 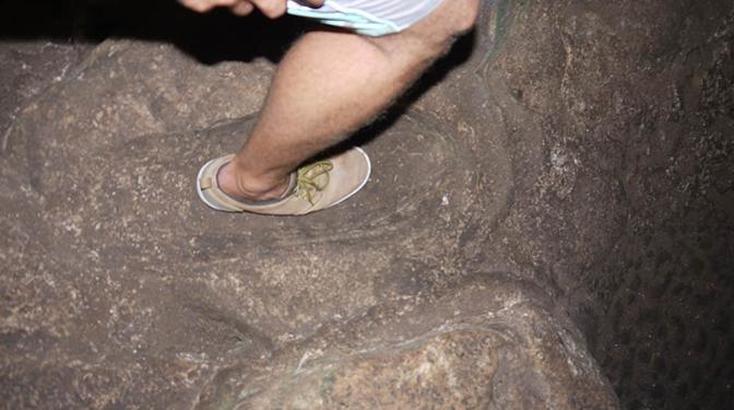 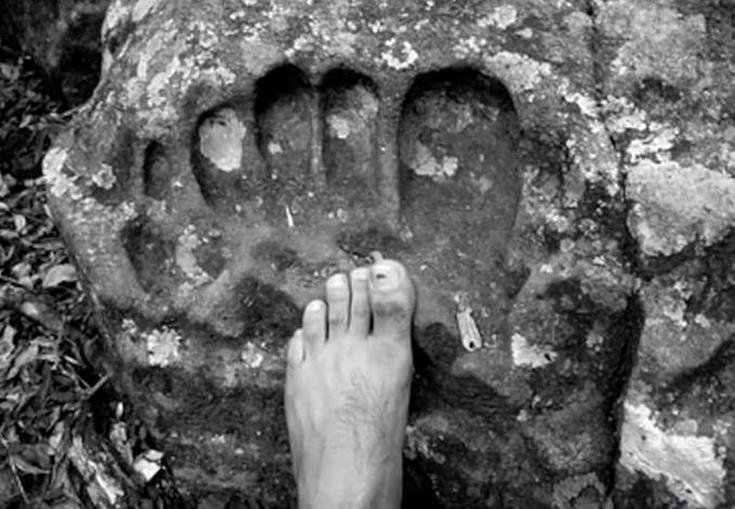 Paraguay
giant wearing sandals in the Valcheta Museum, Argentina; it comes from Patagonia the land of the giants Patagones
Apparently, a giant was using shoes thousands of years ago 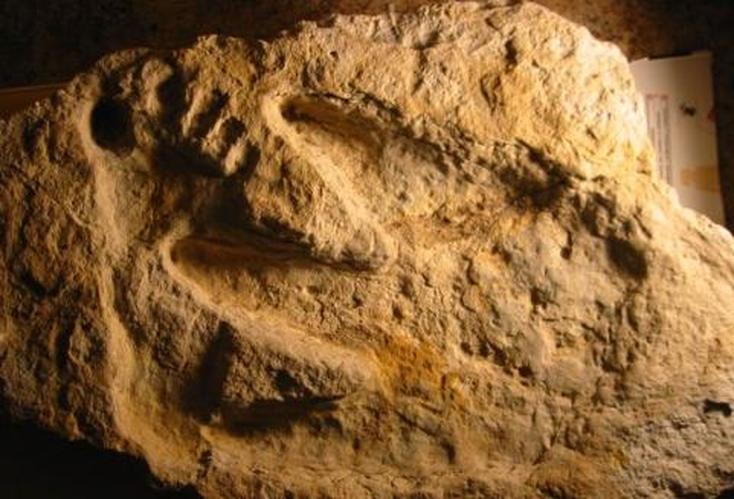 Foot of giant beside a dinosaur footprint; It is one of the footprints found in the Paluxi river, USA; multiple analysis were made on it with X-rays and computed tomography; there was no retouch or counterfeiting
Footprints of giant beside a dinosaur footprint; Many of these tracks have them in the Paluxi river, Glen Rose, USA, dating from the Cretaceous period, ie, having at least 65.5 million years. Evolutionists believed at first that it was a fraud, but then had to admit that they are genuine footprints, as it has been proven that traces continue to appear under layers of rock when they have become lost. In addition, the mud together with human footprints had also been fossilized over time, which would not happen with footprints made recently; but after verifying its authenticity have you seen that the official human history was changed?
Footprint of the Permian period, 251 million years at least; New Mexico
Ain Dara, Syria
Russia 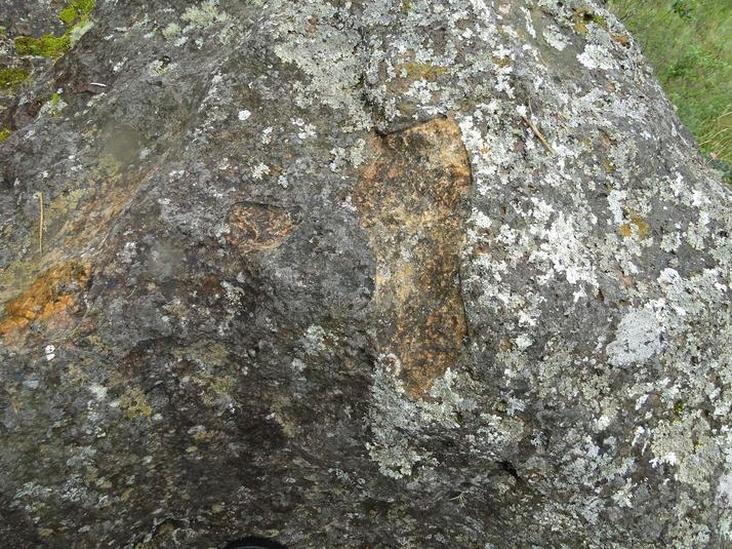 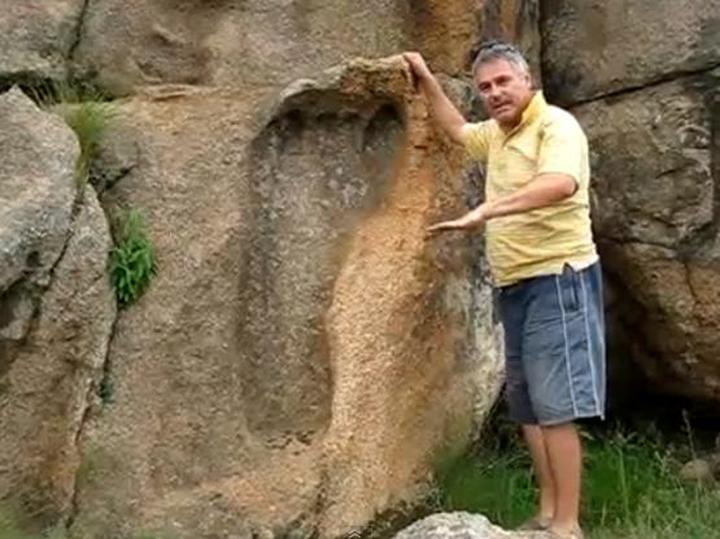 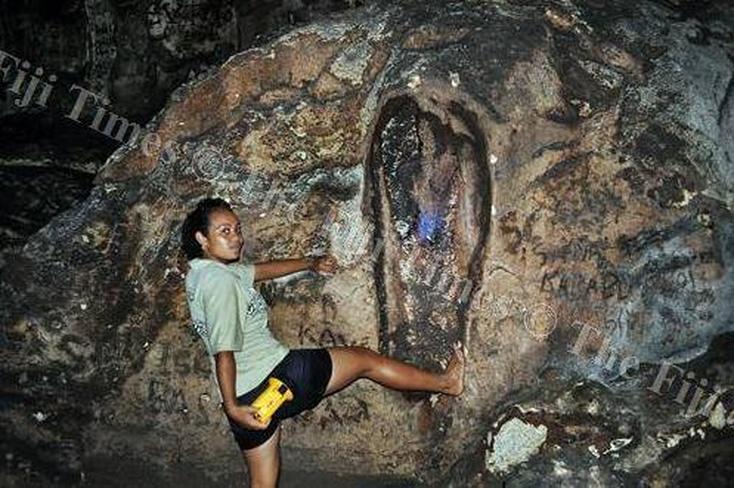 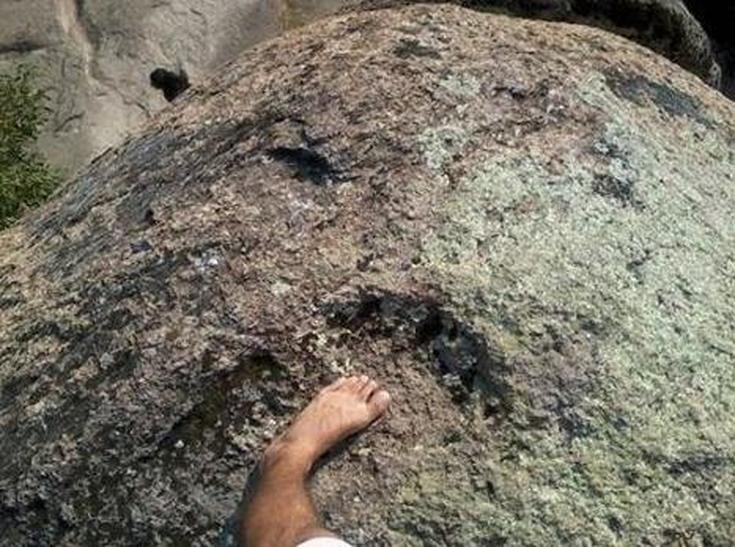 in Bulgaria
Near Glen Rose and Paluxi river, Texas 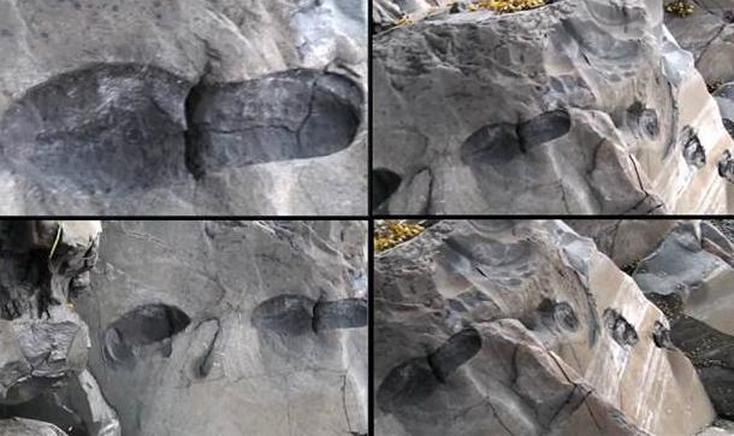 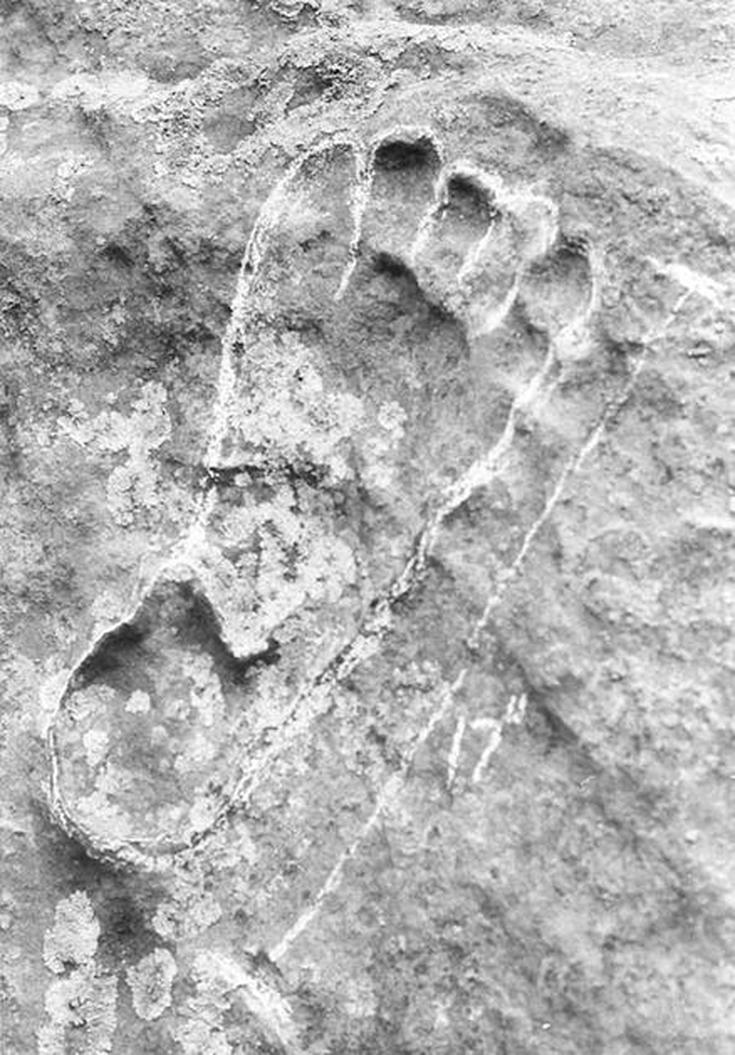 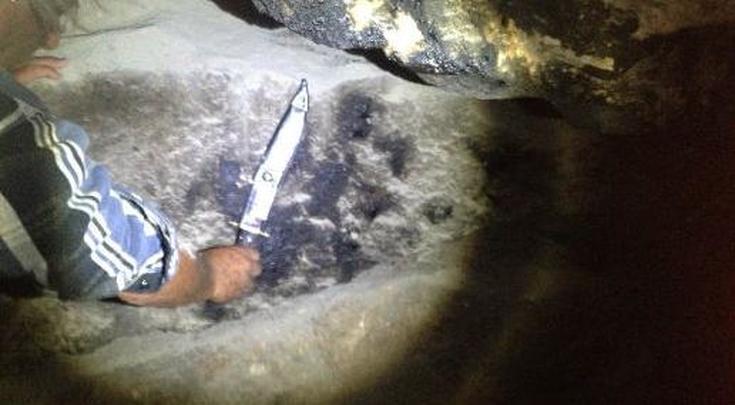 Giant hanfprint in a cave, Nevada

Through the centuries, certain archaeologists have searched for fossil evidence of a race of giants. Alleged evidence includes:

In the mid-1800’s, a flurry of activity emerged across North America in the fields of archeology and anthropology, triggered in part by the discovery of the Chickasawba tribal burial mounds of Oklahoma, in which were found human bones seven feet and longer in length. In fact, during the years ranging from the late 1800’s all the way to the 1990s, over 1000 reports of giant-sized human skeleton remains were found across North America. These stories were met by the general public with curiosity and an increased appetite for the possibility that giants once roamed the country.

In the United States, this period of archeological discovery took place during the Manifest Destiny period, which began in 1845 and was highlighted by rapid and aggressive territorial growth. A Puritan-led religious fervor fueled expansion across the West; Native Americans were looked upon as heathens, to be converted, civilized, or eliminated. Discoveries of ancient, pre-New World giant races directly contradicted the Manifest Destiny’s ideals of white racial, religious, and ethnic superiority; it was common for giant skeletal remains to be confiscated and destroyed.

According to Richard Dewhurst, author of “The Ancient Giants Who Ruled America,” The Smithsonian Institute, then in its early stages of establishment, administered the Manifest Destiny philosophy through the Powell Doctrine, named after John Wesley Powell, the first bureau head of the Smithsonian Department of Ethnology. The doctrine reflected the isolationist mindset of the times and mandated that no archeological or anthropological research would include mention of ancient tribal cultures. Despite the documented existence of ethnology reports stating that the Smithsonian was in possession of giant human remains, none can be found today.

But what else might have contributed to these attitudes and actions surrounding proof of giants on Earth? Was it megalophobia, the psychological fear of large objects or people, or something deeper that has been present since the time of ancient cultures?

LEGEND OF GIANTS AROUND THE WORLD

Ancient traditions overflow with legends of giants — St. Christopher, Goliath, the Nephilim, Gilgamesh, Viracocha, Sasquatch, and more, across continents, languages, and landscapes. Old Testament accounts of the Nephilim, a biblical race of giants and demigods, stated that they were so large they made the Israelites feel like, “Grasshoppers in our own eyes, and we looked the same to them.” (Numbers 13: 28-33). The Paiute myth of Si-Te-Cah, is a tale of a giant tribe of cannibals who were eventually destroyed by their maker. This is similar to the myth of the first people created by Viracocha, the ancient Inca god, who he destroyed because of their uncontrollable and unruly behavior.

Carol Rose, author of Giants, Monsters, and Dragons: An Encyclopedia of Folklore, Legend, and Myth, writes that giants “exist beyond the realm of human order and had to be controlled, banished, or defeated,” and were considered “destructive entities.” Natural disasters were associated with mythical giants, who were also thought of as terrifying hybrids and mutations representing the darker side of our psyche.

Elusive proof of giants remains a compelling narrative fueling controversy and connecting us to aspects of Earth’s past. As more is discovered through scientific advancements with DNA and forensics, we can anticipate these conversations continuing now and into the future.

IN CONCLUSION
As always, it is up to the reader – the individual – to decide for themselves what they believe.  I myself believe that there is something to the old tales of giants etc.

18 thoughts on “Evidence for Giants”