Today I present my Restored English Translation (RET) of Ester (Esther) chapter 6.  Apart from the last couple of verses (which usually appears at the end of chapter 3), this chapter is not part of most English translations: it's part of the oldest textual traditions, but (historically unjustifiably) rejected by modern Protestants and Rabbinic Jews, … END_OF_DOCUMENT_TOKEN_TO_BE_REPLACED

That of course is the Australian rating.  In the United States, it’s rated PG for sci-fi action violence.

And as usual, I put up this disclaimer just to be safe:

Irvin Kershner’s contribution to Star Wars – the second in the original trilogy and Skywalker Saga (although chronologically 5th in the latter), and the 3rd (chronologically 11th) overall – is even better than its predecessor, and the trilogy’s best. 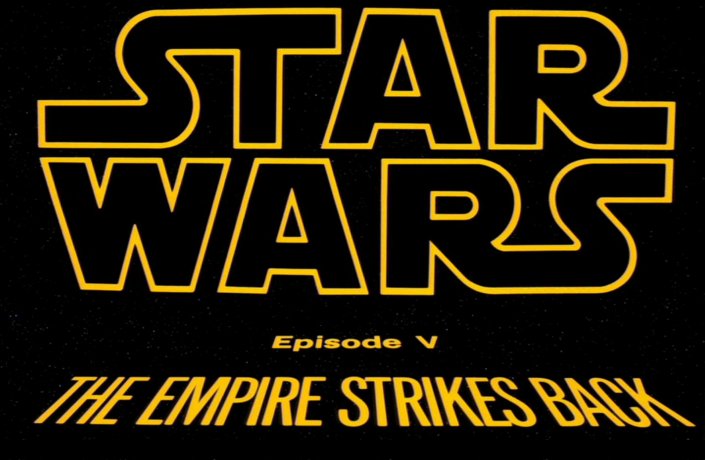 Following the destruction of the Death Star…

Today I present my Restored English Translation (RET) of Ester (Esther) chapter 5.  As usual, it contains the Hebrew names, wit a glossary of them after the chapter.  At the end is a list of where the Aleph-Tavs occur, as they are no longer included in the main text. CHAPTER 5  1 After these things … END_OF_DOCUMENT_TOKEN_TO_BE_REPLACED

You will find in the Bible and in innumerable ancient legends references to giant; humanoids who were (often much) taller (and stronger) than normal.  (Gigantism - where a person is abnormally large, but weak - is entirely different.)  They often have a supernatural origin, the result of a union between supernatural beings and human women.  … END_OF_DOCUMENT_TOKEN_TO_BE_REPLACED

The following are a whole lot of Star Wars memes I've found recently.  There are way too many of them, and some are cringeworthy; but they're fun and amusing.  Note: they're best understood by someone who as seen the prequel trilogy (preferably the entire series) (like me 🙂 ) (there are sequel memes). The perfect … END_OF_DOCUMENT_TOKEN_TO_BE_REPLACED

Welcome to the 14th edition of My Fortnightly Movie/TV Thoughts.  Last fortnight I reviewed Thunderbirds Are Go (2015-present).  This fortnight, I'm reviewing: Star Wars: Episode IV - A New Hope (1977), rated PG for mild violence That is the Australian rating; in the United States, it's rated PG for sci-fi violence and brief mild language. As usual, … END_OF_DOCUMENT_TOKEN_TO_BE_REPLACED