I don’t know about you, but I love a good superhero movie.  The MCU, DCEU, X-Men, Big Hero 6, Sky High, Larryboy, etc.  Whether masked vigilantes with money and technology or Mutants trying to live with their differentness, they’re plenty of fun, and quite entertaining.  But they couldn’t exist in real life… could they?

Real-life superheroes wear masks or otherwise disguise themselves in order to perform deeds ranging from community services to deterring crime.[7][8] Some examples documented in the news media include:

Menganno works on the east side of Lanús.[clarification needed] He wears blue clothing, a helmet, and a shield similar to that of fictional superhero Captain America, but with the colors of the Flag of Argentina.[9]

Wearing specially made black knife resistant clothing and wearing a black mask, Black Rat of Sydney carries a utility belt and backpack containing a fire blanket, fire extinguisher, first aid kit and drinking water. He has campaigned for better lighting in the streets and more community involvement in neighbourhoods.[10][11][12][13]
Captain Australia, featured in the mX and then The Courier-Mail[8][14] and on television’s A Current Affair,[15] is based in the Brisbane, Queensland. He wears a green and gold suit and mask similar to Captain America with an @ symbol on his chest and a Batman-style utility belt. Police have expressed their preference that Captain Australia not intervene in incidents.[clarification needed][8]
Active since 2012, masked activists The Fauna Fighters are a Melbourne-based duo who use a Golden Age of Comic Books superhero motif as a method of publicizing animal-rights issues and supporting various animal-rights groups and charities. The Flying Fox and the extinct Thylacine have been featured in various publications.[16][17]

Polarman of Iqaluit, Nunavut, shovels snow off sidewalks and keeps playgrounds safe for children during the day and patrols the streets for criminals at night, wearing a black balaclava, white pants and snow boots.[18]
Ark of Toronto was featured in an article for Postmedia News by Douglas Quan in November 2011, who commented on his reasons and methods[clarification needed] on being a real-life superhero.[19]
The Crimson Canuck of Windsor, Ontario, was also featured in the article by Quan,[19] as well as being interviewed on the radio station AM800 by Arms Bumanlag, and was featured in an article in the Toronto Sun.[20][21]
Thanatos of Vancouver, British Columbia, dresses in a trench-coat, skull-and-crossbones tie, and wide-brimmed hat while wearing a bulletproof vest as he distributes goods and goodwill to the homeless.[22][23]
The Katalysts Ontario, also known as the Justice Crew of Oshawa, in Oshawa, Ontario, are a collection of individuals who patrol the streets at night, clean up local litter, and perform homeless outreach. Members include its founder Aftershock, Regulus, and the Nameless Crusader.[24]
Lightstep is a masked patroller currently located in Montreal. He is equipped with a bulletproof vest and a bag with first aid kit, needle collection containers, latex gloves, condoms, socks, gloves and hats.[clarification needed][25][26]

Redbud Woman assists the poor in Beijing, China. She has been seen several times wearing black tights and a blue mask, handing out food and warm clothing to the homeless.[27]

Wearing a mask, Super Pan fights against hunger by handing out bread three days a week in poverty stricken areas of Bucaramanga.[28]

Pérák is a masked vigilante based on the World War II era urban legend of the same name. Wearing black and a mask, he uses street art to educate the public on the Romani Holocaust, and campaigns to shut down pig farms on the Lety concentration camp site.[29][30]

Dex Laserskater has been patrolling the streets of Helsinki since 1997. He has modeled his alter ego after the short lived comicbook hero Skateman. He specializes in guiding tourists, tipping waiters, doormen and street musicians and helping the police.[31]

Park Wayne is a superhero active in Jerusalem. His outfit and identity are mostly inspired by Batman and Spiderman. He has roamed the streets of the city protecting drunks, people at risk, and the creative communities in Jerusalem since 2010. He was featured in an episode of The State of Jerusalem[36] that followed him for a night in order to shed light on him.

Entomo, the Insect-Man, is a masked patroller and activist[clarification needed] who has been inspired by earlier real-life superheroes.[37][38] In February 2009, Rai 4 filmed a night-time patrol and interview with Entomo at an abandoned factory in Naples, aired on the TV program Sugo.[39] Following an interview on Il Riformista,[40] Entomo was depicted in Panorama.[41]

Lion Heart educates Liberians about the dangers of human trafficking and the importance of clean drinking water. He is part of a grassroots movement in Africa.[42][43]

CNN covered Mexico City‘s Superbarrio Gómez, who is a high school dropout who wears red tights and a red and yellow wrestler’s mask. He uses his unique image to organize labour rallies, protest, and file petitions to prevent families from being evicted.[5]

Spinnekop (English: Spider), whose real name is Eric Nefdt, a father of three, runs the through Pretoria in a Spiderman costume. He does this to raise awareness for children born with congenital heart defects. In 2017, he completed the Comrades Marathon in a time of 11:30:06.[44]

Väktaren (English: The Watchman) patrols[clarification needed] the streets of Malmö, wearing a dark suit with a white mask and white “V” symbol on his chest. When interviewed, the police stated that as long as he was not impersonating a police officer, he was not breaking any laws.[45]

The BBC reported on Angle-Grinder Man, a British self-described “wheel-clamp superhero” who claims to use an angle grinder to illegally cut wheel clamps off vehicles which have been clamped in by police and parking officials in Kent and London. Police indicate that they have received no word or complaint of his actions.[46]
The newspaper This Is Local London featured an article on SOS (whose real name is Steve Sale), a UK superhero who gatecrashed the premiere of the film Kick-Ass in April 2010.[47]
Knight Warrior (whose real is name Roger Hayhurst) wears a costume and attempts to break up fights in the Salford area. His mother has expressed concern for his safety.[48]
The Statesman is a super hero who patrols the streets of Birmingham wearing a mask[49], Union Jack shirt and dark trousers. Reports of his effectiveness[clarification needed] are mixed.[50][51]
In August 2011, the BBC reported on Shadow (whose real name is Ken Andre) who patrols[clarification needed] in Yeovil.[52]
A vigilante known as the Bromley Batman has been seen in by several witnesses to have saved people from knife-wielding gangs and muggers in South London.[53] His activities have been reported as far as Cornwall.[54]

Real-life superheroes are notably prevalent in the USA compared to other countries, which may be attributed to the greater popularity of superhero comic books.[55][56][57][58]
One of the earliest examples of a RLSH was California’s Richard Allen Pesta, alias Captain Sticky. Starting around 1974, clad in a blue jumpsuit with gold lame cape and boots and driving the “Stickymobile” he campaigned against abuses in nursing homes, supplied information on health insurance frauds to authorities, and advocated for consumer rights.[59] He testified before the Federal Trade Commission hearings in 1978 and Congress in 1979 wearing his uniform.[60] He was arrested in 1986 when he rented his house to a film crew shooting pornography.[61][62]
Phoenix Jones is a mixed martial artist who patrols[clarification needed] Seattle in a bulletproof vest and stab plating. Initially wearing a ski mask to intervene in a public assault, Jones later developed a full costume and adopted the pseudonym.[63][64]
Master Legend assists the homeless of Orlando and is a member of the Justice Crusaders.[65][66][67] Amazon based the 2017 black comedy series Legend of Master Legend on his super hero persona.[68]
Shadow Hare wears a mask and cape and patrols[clarification needed] Milford, Ohio, armed with tasers, pepper spray and handcuffs.[69][70]
Captain Ozone has starred in PSAs, made appearances at grade schools and hemp festivals, created a video documentary on environmentalism, and organized a public demonstration for renewable energy.[71]
Mr. Xtreme, a security guard, spends his free time as a costumed crime fighter handing out food and juice in San Diego, California.[72][73]
Captain Oyster, whose real name is Liam Davenport,[74] patrols his Queens neighborhood looking for late-night crimes to solve through “intimidation and intellectual discourse”.[citation needed]
Crimson Fist patrols Atlanta twice a month with his wife, Metadata, to help the homeless in their area.[75][76][77][78]
Wall Creeper and Zen Blade patrol in Denver.[79][clarification needed]
NightBug and Rock N Roll, a husband-and-wife team from the San Francisco Bay Area, co-founded the California Initiative as a branch of the Initiative Collective in 2011.[80][further explanation needed]
The Watchman and Moon Dragon were reported patrolling Milwaukee[clarification needed] in 2009.[81][82]
Terrifica is a New York City-based woman who patrols bars and parties in an effort to prevent inebriated women from being taken advantage of by men. Since the mid-1990s, she has donned a mask, blonde wig, red boots and cape, because, in her words, women “need to be protected from themselves”.[83]
In 2010, The Viper was stopped by police in Columbia, Tennessee, for patrolling the streets after midnight in a black and green mask and costume. He claimed that he was “just a guy trying to do what was right in tights”.[84]
Dragonheart is a bilingual real-life superhero who operates in Miami.[85][clarification needed]
In Portland, Oregon, Zetaman patrols the streets in a minivan, giving help to the homeless.[86]
Dark Guardian of New York, whose real name is Chris Pollack, has patrolled the streets of New Jersey since the age of 19.[87] He has also patrolled Greenwich Village after attacks on the gay community[88] and planned to launch a school for younger children to teach them super hero values.[89][90][91] In 2017, he became the head of the Guardian Angels, a volunteer crime prevention organisation.[92][93]
The Eye of Mountain View in California is a licensed investigator. His speciality is patrolling using homemade gadgets to record criminal activity so that it can be reported to police. He often works with his wife, Lady Mystery.[38]
Squeegeeman “fights grime and crime”[attribution needed] in Manhattan wearing a red mask and cape.[94][95] He was reported as making a mock run for President in 2008.[96]

There are a number of organized groups of real-life superheroes in the United States.

Those are the ones who dress up.  Some of the following are closer to the X-Men Mutants, others simply talented individuals.  (They’re not actually superheroes, though.)

Meet the humans with superpowers 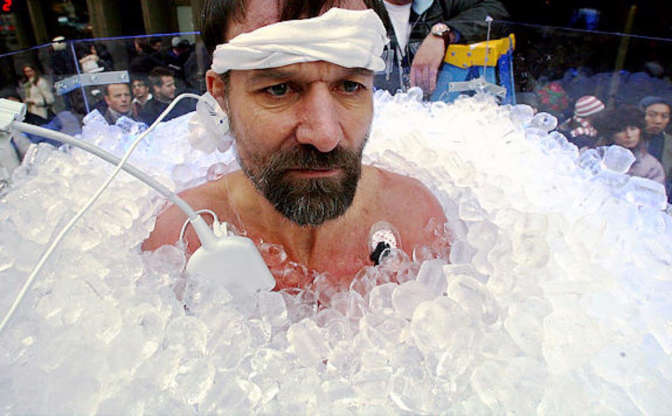 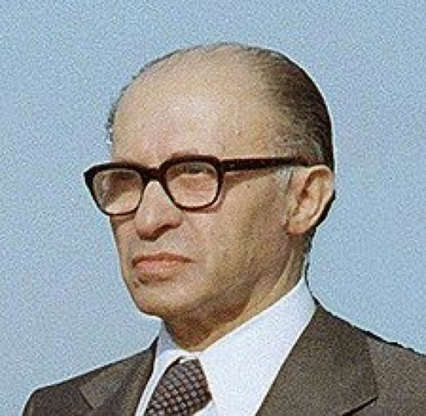 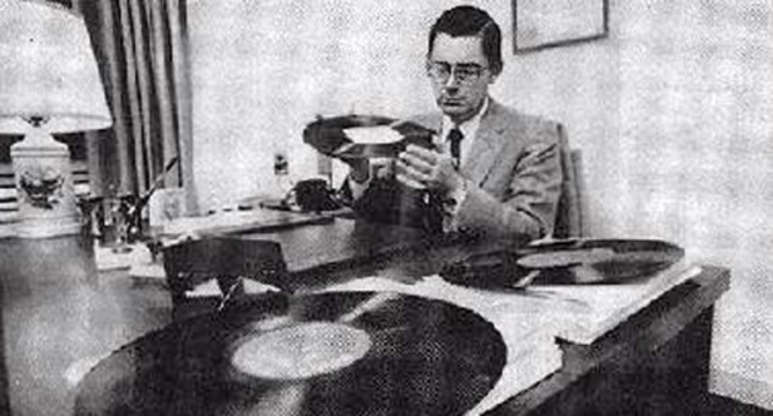 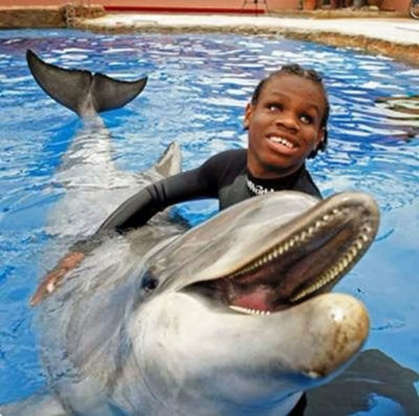 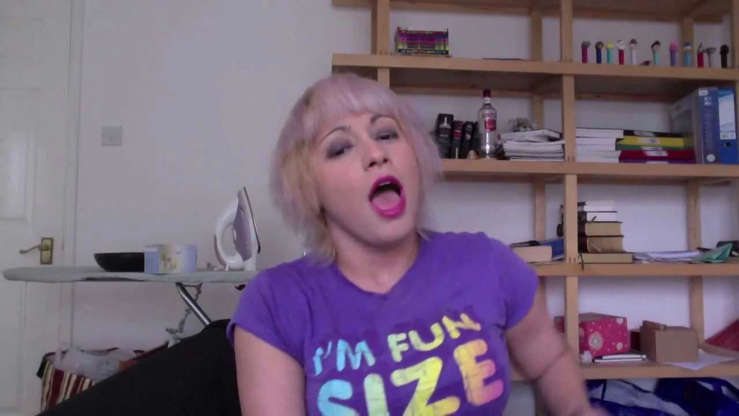 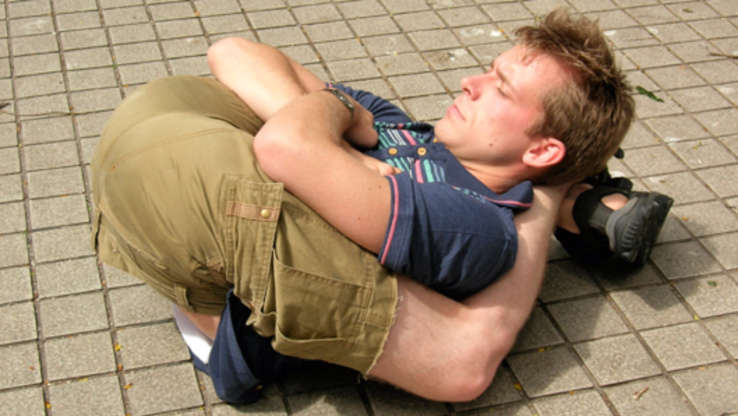 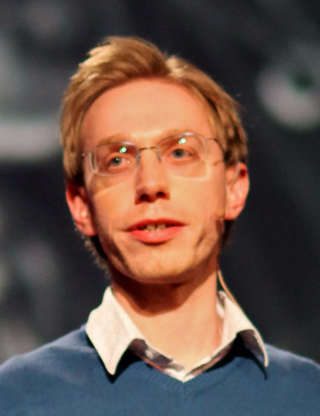 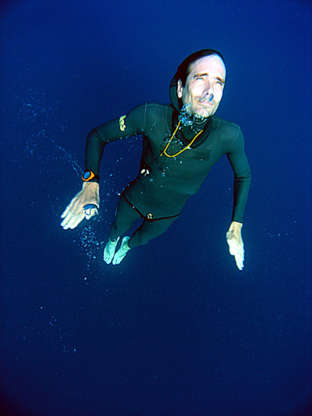 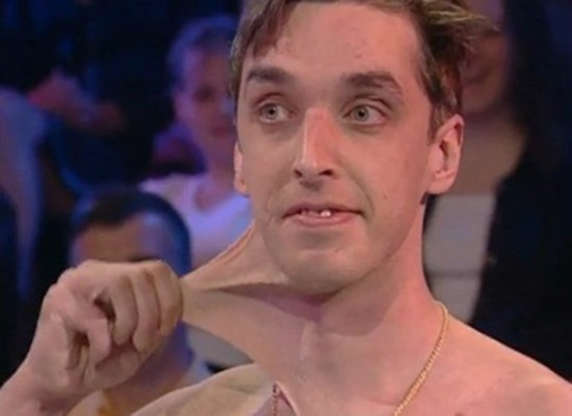 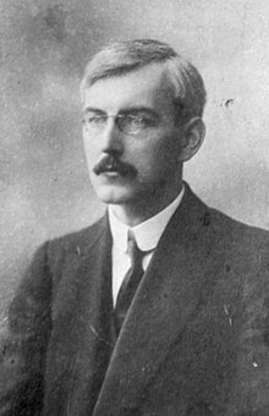 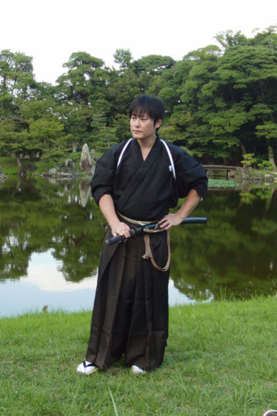 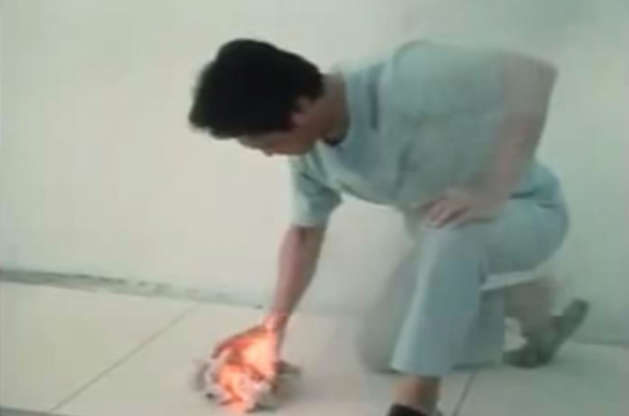 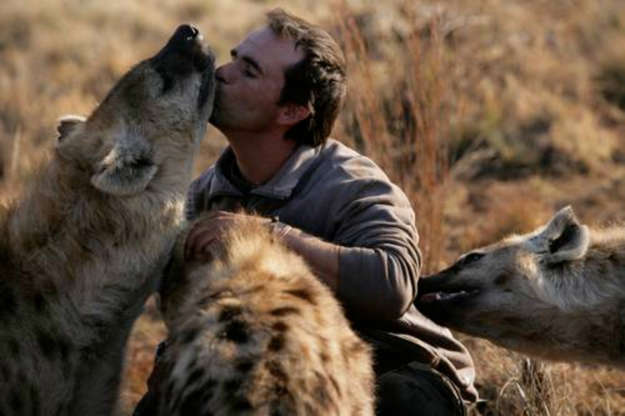 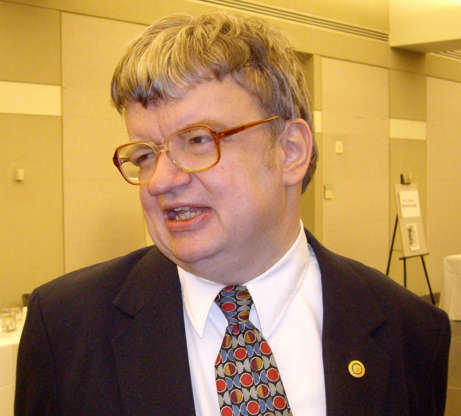 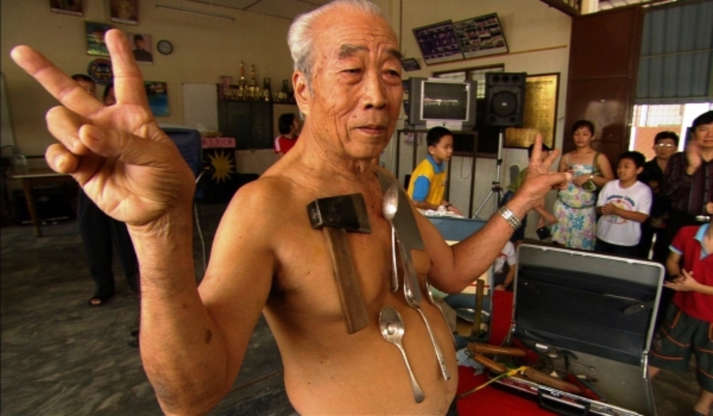 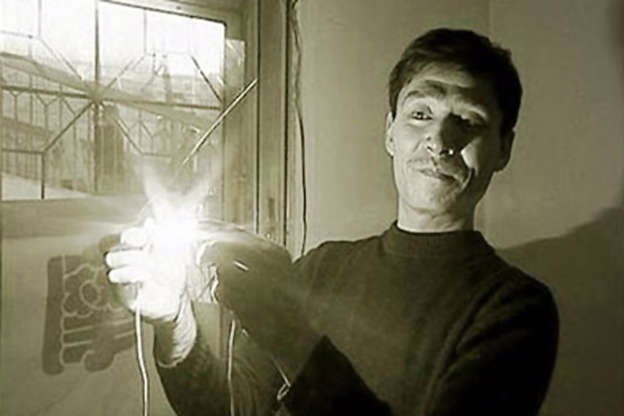 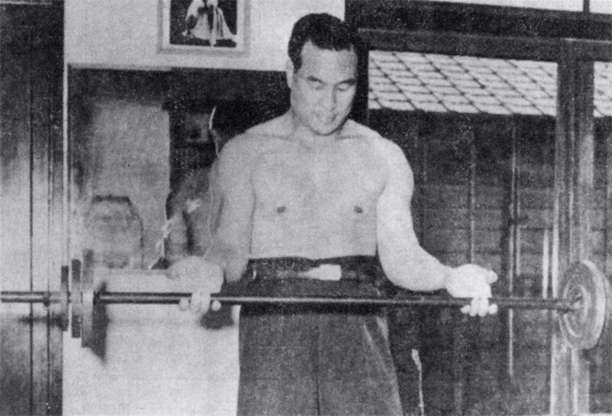 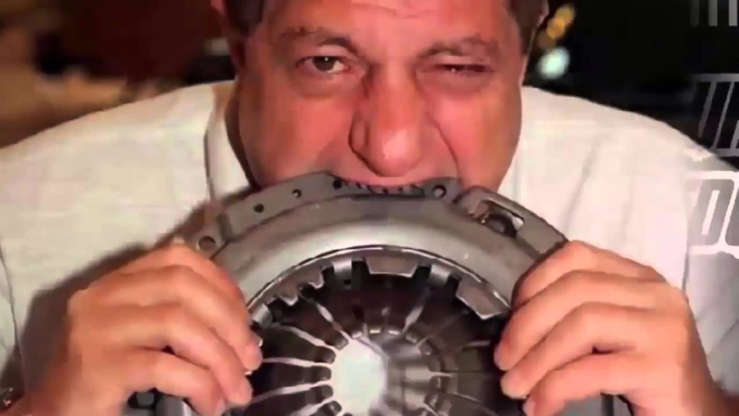 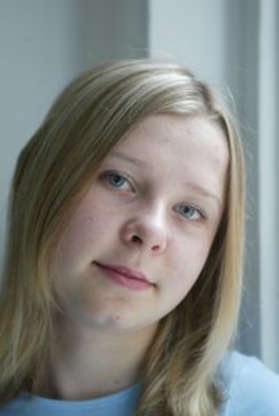 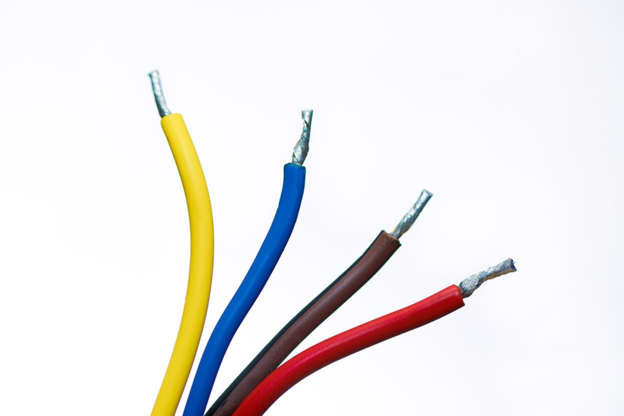 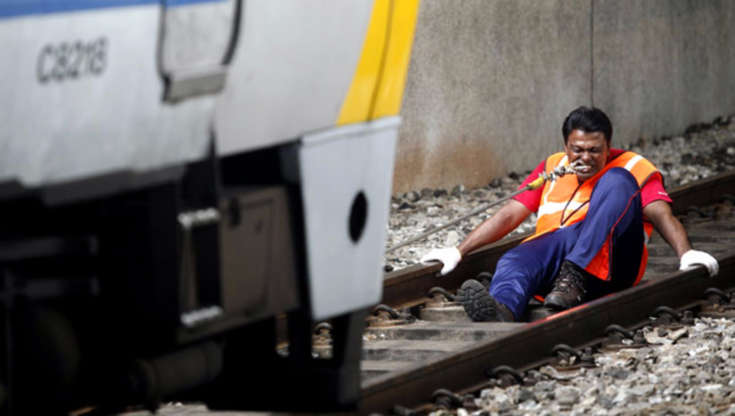 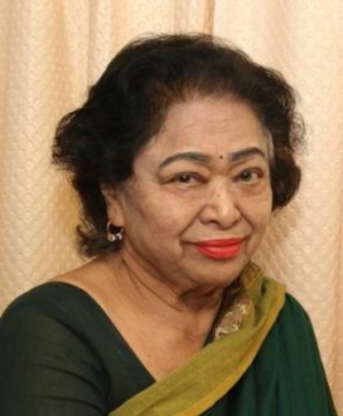 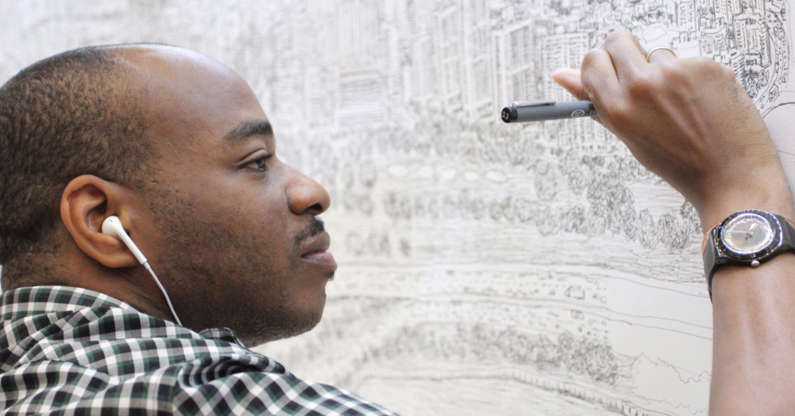 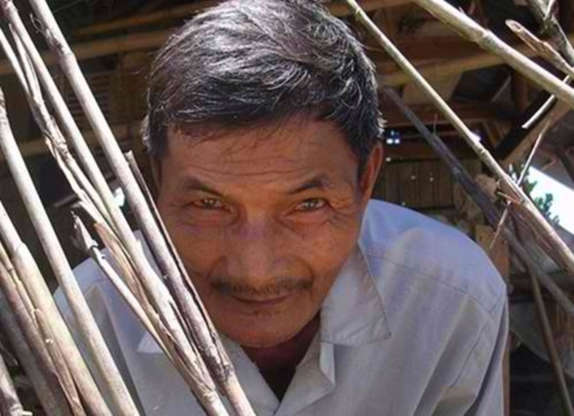 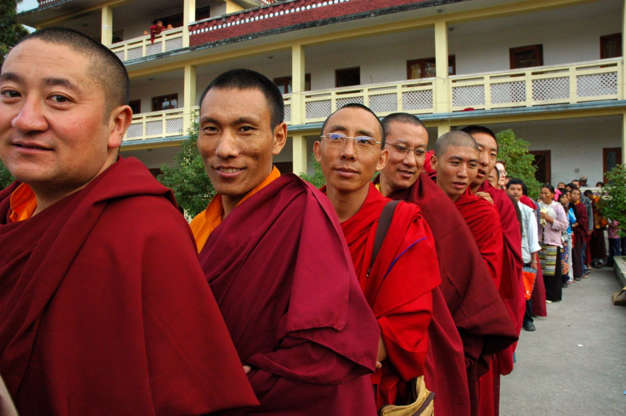 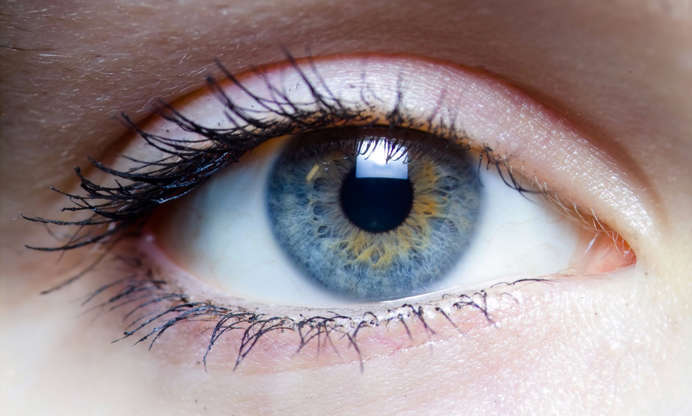 https://www.msn.com/en-au/news/photos/meet-the-humans-with-superpowers/ss-BBTwuIB?li=AAgfYrC#image=1
And then of course there’s Tim Cridland, who literally has Wolverine’s healing capabilities.
http://remarkablyhuman.com/pain-control
And this lot:
https://en.wikipedia.org/wiki/Stan_Lee%27s_Superhumans
As I’ve stated in the past, we live in an interesting world!